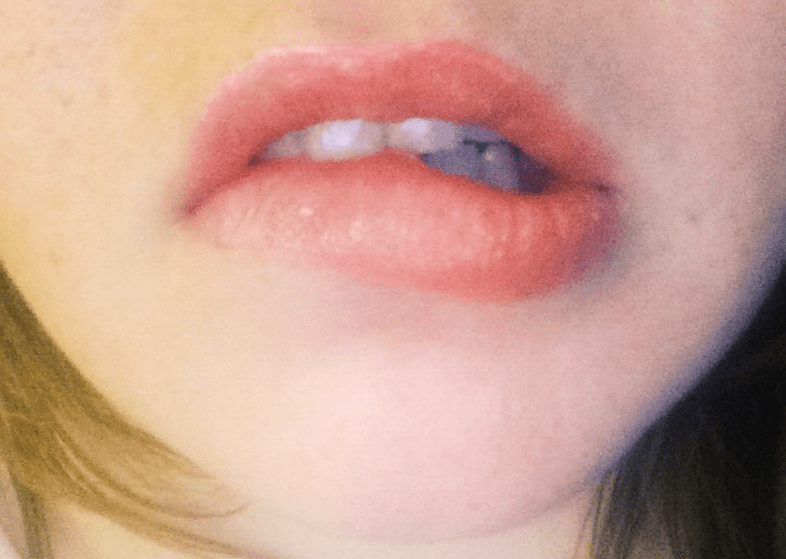 At the age of 14, I was as anti-feminist as I was insecure. Not quite sure who I was meant to be, I took on the form of those around me. That phase of my life lasted well into my college years, as I continued to try my best to be exactly who those around me needed to be. This is all to say that I was not one to make waves.

I let the moment pass with no further questions. He was a friend of my then boyfriend who I wanted desperately to think I was cool. They were older and rebellious. I was meek and shy. But that thought stayed with me and often pops into my head at inopportune times.

Walking home alone late at night, I sometimes think, “Do other people see it too?” Is the way I walk or dress screaming “Please, sir, rape me?” I’m not proud of these thoughts. As an educated woman, I know that it is never the victim’s fault. I can conceptualize the fact that if I were to be raped it would not be because of who I am or how I was perceived. I realize that thinking this way perpetuates a detrimental sexist culture. But still those thoughts creep into my subconscious and nag until I pay them attention.

A while back, a good friend asked me why I flinched every time he touched me. I called him a shithead and said that wasn’t true. Five minutes later, he touched my knee and I felt myself tense. Once I started paying attention, I realized he was right (the bastard!). I do not respond well to touching. I only hug people if I know they need it and I never know what to do with my eyes during handshakes. I do not cuddle unless I intend to or have had sex. This is weird and I suspect deep in my psyche I have suppressed the experiences that made me profoundly untouchable, but just because it’s not the norm doesn’t mean it shouldn’t be respected.

My good friend proceeded to tell me that he was a person who touched and it was something I’d have to get used to and with him I did, but it was something we worked on. Something we talked about. The same is not true for the man at the bar who put his arm around my waist or the man on the street who slapped my ass. I am acutely aware of moments when my thigh brushes those sitting next to me, so when someone blatantly invades my beautiful bubble of personal space I’m not a big fan. I say I’m sorry and then politely scoot away.

But the thing is, I shouldn’t have to apologize. I shouldn’t have to explain why I am not an object to be touched and I sure as hell shouldn’t have to continue wondering what quality about me led a 16-year-old boy to think I looked like a girl who would get raped. In regards to touching, I do not fault people for acting based on what they want and how they view the world, but I do find it problematic when basic cues are not picked up on and respected.

We all have our shit – things that have screwed us into the unique beings we are. That’s what makes the world such a beautiful, interesting place (also mountains & art). I want to see that more. To pick up on the cues that people are giving me and to have my responses be recorded and validated. When I tell a friend, I’m not a big fun of touching, I want them to say okay and stop fucking touching me.

It is amazing what sticks. I have minimal recollection of the first time someone told me they loved me (to be fair, we were fourteen and he didn’t), but I can feel the bench against my thighs and the noise of the hallway from the first day I saw myself as susceptible to the whims of men. As much as I wish it weren’t the case, at least for me, the way people perceive me greatly influences the way I perceive myself. When someone treats me as an object, I wonder if maybe I’m wrong for feeling that shouldn’t be the case.

“Walking home alone late at night, I sometimes think, “Do other people see it too?” Is the way I walk or dress screaming “Please, sir, rape me?'”

I’m sick of being polite. I’m tired of apologizing. But I don’t want to have to harden in order to be respected. I don’t want to yell at someone for touching me. I don’t want to worry when I’m walking home late at night. Compared to others’ struggles my concerns are minimal, but I’d like to stop thinking that that makes them invalid.

I still don’t fully know what it means to me to be a feminist, but I can tell you my plan moving forward. I know that every interaction matters, so having a bad day or being frustrated doesn’t excuse being an ass. I also know that before I can stand up for others I need to figure out how to stand up for myself. And be kinder to myself, because we can’t all be good feminists all the time – that’s why the community is so important. Finally, I want to be the best listener that ever was, because if you’re always talking you only hear what you already know.

Read this: 15 Things All Badass, Fearless Alpha-Women Do Differently From Other Types Of Women
Read this: Every Stressed College Student: Stop and Read This Now
Read this: 19 Signs You’re A Superior Asshole From The Northeast
Feminism Gender Issues Health & Wellness Patriarchy Rape Rape Culture Writing & Expression

I Was Technically Raped

When Your Rapist Kills Himself

Memoir Of A Rape Survivor

I Lied About Lying About Being Raped