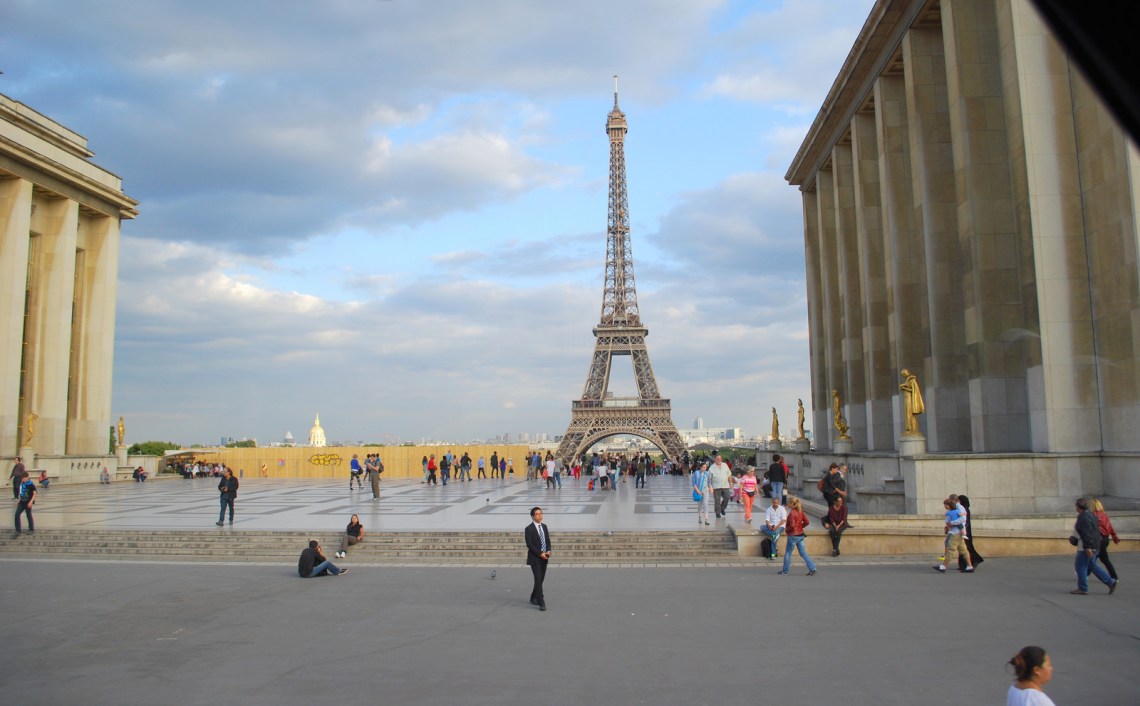 If you’ve been on any social media website since pretty much the advent of social media, you know what I’m talking about. The most famous non-celebrity Instagrammers tend to be travel bloggers who take amazing photos in all the places they visit. Anyone who has a Pinterest probably has a travel board full of (very edited) beautiful shots of all the places they want to visit. You may have dreamed of selling everything and going on an indefinite adventure- if you’re anything like me, you definitely have. That’s not exactly what I did, but I did sell a good number of my clothes, packed up most of the rest, and moved to Paris without a return flight back to the States. It wasn’t until I arrived that I learned something very important about the vagabond lifestyle I’d dreamed of having.

Yes, you should travel if you can. But never assume you know a place just because you’ve been there and gone to the top ten recommended places on TripAdvisor.

I had been to Paris twice before, most recently last October, and had decided before that trip was over that I would likely not be returning to the City of Light. Been there, done that, seen the attractions. As it turns out, you actually can take enough selfies in front of major landmarks to annoy even yourself. Unless you have quite a bit of money, Paris when you visit is nothing like the Paris you’ve imagined. It’s dirty. It smells. It’s dangerous in certain neighborhoods. Obviously any major city is going to be like this, but when you’ve spent so much time daydreaming about the magic of a city like Paris, the reality of it can smack you in the face as hard as the first time you catch a whiff of the urine smell that has settled in most of the metro stations like a rancid perfume.

Coming to Paris was supposed to be a change of pace and a chance to immerse myself in the French language, and I never thought I would fall in love with the city. I knew what to expect; I knew what the city was like. How could it be any different from when I traveled here? The question I ask myself now is “how could I have been so wrong?”

While hopping from place to place is fun and a great way to make some memories, you will never know a place until you experience it at its own pace. When you travel, you often have lists of things you want to see and places you want to go and foods you want to try, and that’s great, but some places cannot be truly experienced like that. I have found that Paris is one of them. Play by the place’s rules instead of trying to make it play by yours, and it will incorporate you into its ebb and flow like the tide pulls in the shells on the shore, as long as you aren’t afraid to get pulled under.

The difference between the tourists and the travelers is exactly this. If you want to know a place, rent an apartment through Airbnb or another rental service, and not in the center of the city. Stay as long as you can afford to. Get food from the local markets and the family-owned shops and ask the locals where to find interesting things. Take public transportation and feel what it’s like to be caught in a city’s rush hour traffic. Take a book and sit in a park and just observe on a sunny afternoon. Watch people with your eyes and not through your camera lens. Treat the place you’re visiting as you would your own home, and you will learn much more quickly what makes your destination feel like home for its inhabitants.

Paris as my home is not the Paris I thought I already knew, and yes, the city is just as magical as one always hopes it would be. You shouldn’t be making a place experience you; experience it on its own terms, so that when someone asks you about it later, instead of saying “Yes, I’ve been there,” you can smile fondly and say, “Yes, I know it.” As a traveler, it’s one of the greatest feelings in the world.