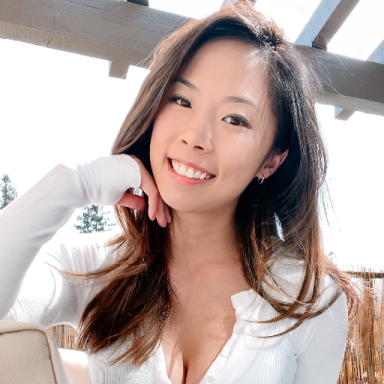 By Emily Hsu Updated May 15, 2021
Photo by José Ignacio García Zajaczkowski on Unsplash

By Emily Hsu Updated May 15, 2021
Photo by José Ignacio García Zajaczkowski on Unsplash

In the beginning, everything feels so new. When he takes my hand in his, for that electric moment, the world seems to light up. When his words dance towards me and link together with mine, my mind seems to take flight. Each day buzzes with the thoughts of this new adventure. Of when he’s walking next to me, going hand-in-hand down a new street with the air feeling lighter and the sun shining brighter. Or of when he’s lying next to me, our bodies like pieces of a familiar puzzle just one move apart. Every moment feels so new with this person, someone who is not far off from being a stranger but feels as if I’ve known him for a lifetime.

We all know this person. He’s the ‘I can’t believe I’ve just met you’ person.  He’s the ‘could this really be something’ person.  He’s also the ‘will he still be here tomorrow’ person. The ‘this could really hurt’ person.

Then comes the change. Suddenly each new moment that held the promise of an exciting beginning dulls with the memory of every ending I’ve cried through. My mind no longer feels as if it is in flight; instead, it feels weighted with the urge to predict what might come next. Thoughts dance around the promise of heartbreak, teetering on the line between a possibility and a promised reality. Each day now feels as if it is an unfinished puzzle, one which I spend searching for what must be the broken piece.

We all know this change. It’s the simple look but the complicated touch. It’s the words that churn in the knots that form in your throat. It’s the talks that act as an unmistakable leap between one moment where you know everything and one when you suddenly know nothing at all. It’s the moments that pass you by almost as if they never even existed.

Finally comes the end, before it even really began. I question every word he speaks and can’t seem to enjoy the lighter air or see the brighter sun. My feet no longer move in step with his, and our bodies feel miles apart. The walks hand-in-hand have lessened, and the long talks have shortened. He now sees and feels my doubts, the ones I have convinced him to have as well. Our ending arrives far quicker than our beginning, our last moments are spent convincing myself that I saw this heartbreak coming from a mile away. This is when we walk away from what feels like a brief daydream, leaving in our dust the remnants of our excitement and potential. This is when we move further and further away from one another, until all I’m left with are little wisps of a feeling I think I once had.

We all know this ending. It’s the almost and the never-was.  It’s the intact heart, locked away from feeling anything at all. It’s the past speaking louder than the present. It’s not giving the future an opportunity to be all it was meant to be.

We all know these moments. They’re the ones that make up parts of our past, present, and future. They’re the moments with people we think about with the tint of heartbreak. But when I think about them now, and the impermanence of life and all the things that it’s made up of, I think about how we are all just gifted with many small moments. Moments with different people, filled with elements of life and the human condition—hope, laughter, beauty, love, and yes, fear, loss, and pain. We never know which of these elements we’ll get to feel or at what moment, and which of these moments we’ll get to keep as memories. But what we do know is that it’s when we’re left wishing we could hold on to them, that’s where the real heartbreak lives. It’s not having tried and failed, or having trusted and been proven wrong, or even having loved and lost. It’s wishing you could have more moments or that you could just remember the details of the ones you did have, but having only wisps to hold on to. It’s wishing you knew as you were living them that you’d want to keep them exactly as they were, because they were exactly as they were meant to be. It’s wanting to have just allowed the world to light up, your mind to take flight, and your bodies to touch so you could remember what it felt like to be a part of something special. To have let go of control so you could have felt all that this moment could have gifted you. To live. To love.

We don’t know what could happen today, or tomorrow.  We don’t even really know what could have happened yesterday.  What we do know is life and love are made up of many small moments. Cherish every single one as if it’s the one that you’ll one day be left wishing for.