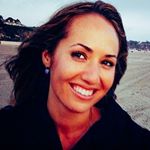 There’s a meme that discourages moving to Toronto and doing hipster shit, and encourages returning to one’s hometown to make it better for everyone. I was equally horrified to return to the cowtown where I grew up and in agreement that gentrification is a thing and sense of place has always been troubled on stolen land.

Here are the top lessons I’ve learned in my 14 years of moving around the country and world that have made the biggest impact on who I am today:

Learn the Love Languages – a book by Gary Chapman, in college I went to a workshop that presented the 5 love languages, ways that people show their love and appreciation and feel loved and appreciated. I learned that someone in my life was showing me they cared in a way that I was never going to feel loved by, and that I was doing the same to them! That’s how two people can both feel like they’re giving more than receiving in the same relationship.

Don’t take owning a basketball and bicycle or having friends and family for granted! By college, I had moved around the state of California, but this time I was moving across country for graduate school and had no idea how different it would be to start from nothing. I learned to appreciate having a sense of belonging in community, support of family, and all the material comforts including books I’d had as a child, a chandelier I’d saved up for as a babysitter, and other treasures from childhood that can’t fit in a suitcase.

Expect the magical! I spent four months traveling through Ireland, England, France, and Italy, and being in the zone of adventure meant being open to so many beautiful experiences! I came out of a movie theater in Paris after seeing Midnight in Paris and realized the time was midnight! I looked for the car that would sweep me off to another timezone! In Ireland, after needing a break from sharing hostel rooms I rented a Bed & Breakfast for $35 and had a view of the ocean and breakfast to order and felt so luxurious! I got a work exchange watering plants at a fancy hotel near Lake Trasimeno in Italy in exchange for room and board. I wept in the grass looking up at the stars during beautiful chanting at monasteries during the evening bell.

Respect other’s resources and your own. New Yorkers are known for being rude, but I experienced their efficiency as respect for each other’s time and energy. If you get to the front of the line at a bagel store and don’t know what you want, who is the one being rude? When the person behinds you starts ordering, to me it’s out of respect for everyone else’s time. Also, if you need help and you stop someone on the street and say, “Excuse me, would you help me find…” people will stop and help. Waving your map helplessly may be enough of a request in other places, but New Yorkers need a polite request to be willing to sacrifice their time.

Chasing after symbols of happiness will never make me happy. I spent several weeks one summer on staff at a Buddhist retreat center. I learned that happiness, peace, harmony, and joy are within me, and no amount of fame, success, accomplishment, or even goals would offer me that inner experience. It led me to drop out of graduate school!

Soak up the beauty/ be present/ appreciate where you are – research first and respect the land. When I first moved to Hawaii it felt like a foreign country and I remember thinking the U.S. currency looked out of place. In fact, Hawaii is the only state that used to be its own country, and sadly the U.S. essentially imprisoned their queen and claimed it as the United States. Learning to respect the land, learn the history before visiting a place, acknowledging that certain places are sacred, and the importance of identity and place are all tied to being present and appreciative of where you are!

Pray hard when I need help! I plan to be lost on day 1 in a new city and the hours spent being lost end up being fruitful time later in the trip when I see an alternate hotel if something went wrong, or so I can get a general orientation of the city. But flying into Krabi I realized I was in a more conservative part of the country, and I walked the wrong direction and right off the map I was holding. I walked and pulled luggage in the heat for two hours looking for a suitable guesthouse, but everything felt foreign, and I was getting deeper into a neighborhood with less and less English. At that moment I started praying wholeheartedly for help. I had never prayed with quite so much earnestness. Moments later there were two ladies sitting and talking across the street from me. They could tell I needed help and they asked if I wanted it. I nodded. They waved down the next motorbike that came down the street, which happened to have an open trailer attached to the side. They spoke in Thai for a few minutes and then gestured for me to get in. I knew it was a risk, but I knew I needed help, so I climbed in and sure enough, he took me to Smiles Guesthouse!

People matter more than things. I quit my full-time job to take an internship in Santa Rosa, California. They arranged housing for me with an elderly woman whose intellect, generosity, and kindness forever made an impact on me. She taught me that people matter more than any business encounter, goal, or event in every moment. When I’m rushing through a project and someone comes to my office, I learned to stop and be present. When I’m in the middle of a project and someone starts talking to me, I remember that the relationship matters most.

Check your privilege. The night that Trump won there was a mixed-race family at the watch party I attended. The mother was telling her child not to visit the states that showed up in red on the map. My friend and I giggled at this, having no clue of the reality of this mother’s concern. My white privilege was completely unchecked at that time and I was still thinking that antiracist and anti-oppression lenses had it wrong by focusing on the problem. I thought we could “love and light” our way out of the problem and have had to learn that white supremacist culture needs to be dismantled.

Pass the mic and be an accomplice. People of color do not need white people to speak for them, they need white people to pass the mic. In a room full of people of color who are speaking out, it’s time to listen. In a room full of white people is my time to speak out and educated. Neutrality supports the side of the oppressor. People don’t want to rock the boat, but I have friends in the water. People want to play devil’s advocate, but the devil has enough advocates. I used to think activism was just one part of life, but now I know each of us has work to do, especially white people, to deconstruct white fragility, offer reparations as individuals and as a society, and acknowledge the pain caused by our society on black, indigenous, people of color, women of color, queer/ trans people of color.

I don’t know if I could ever move back to the area where I grew up, but sharing these lessons helped me retrace the steps and reflect on the woman who I have become.