There’s a lot of confusion about the difference between being athletic and being thin. Sure, a lot of people who work out frequently tend to be smaller than most people in our society, but sometimes that’s just not how your body’s built. It’s all well and good to say that you’re rebuking normative beauty standards, but sometimes the constant barrage of one very narrow scope of beauty can get to you. You know you’re being healthy, and you know your body is capable of so much more than just a size on a label, but sometimes it would be nice if other people knew that, too.

People will challenge your workout, and suggest a different option as if they know better. Sometimes they actually might, but most of the time, they don’t. And if you had a dollar for every time a guy offered to help you with one of his workouts, you’d be a millionaire. But you’re good, thanks.

You tend to amaze other people with how much you eat. But you’re not going to stop going back for any time soon. Hey, are you going to finish that?

You’re convinced that clothing brands do not make jeans that will fit your thighs, butt, and waist all at once. Maybe you found a pair once, but you wore them to shreds, and weren’t able to replace them. May the perfect pants rest in peace.

And the more often you can wear spandex, the better. You’ve even thrown mental temper-tantrums when you’ve had to wear “real clothes”… only to have people remark that you look really dressed up just because you’re not in workout wear.

Sometimes people don’t believe you when you say you work out. Just because you don’t look like a fitness model doesn’t mean you’re not putting in major work.

The scale is something to be avoided. You know there’s more to your body than just a number. You’re muscles and miles and lots of sweat. And the BMI doesn’t account for a fitness level that’s higher than the average person’s. But sometimes doctors and other professionals don’t understand that. Sometimes you even get a little discouraged. It’s understandable, but you have to remember — and remind other people — that your health is not defined by a number.

If you have to see another selfie of ripped abs and a protein shaker bottle, you’re going to scream. Fitness comes in all shapes and sizes, and what sells on Instagram isn’t always what gets results at the gym or during a game.

No, but is it snacktime? Because you are literally always hungry.

Sometimes you catch yourself looking at other girls on your sports team or in a workout class who are naturally smaller, and wondering why you can’t look like that. It’s normal to compare yourself, but it’s not helpful to anyone. Your body can do things theirs might not be able to, and their bodies aren’t an indictment on yours.

Deep down, you’re kind of convinced that if you had less muscle, it would be less sore after really hard workouts. It’s a matter of proportion, right? Maybe? Possibly?

You’re constantly challenged to races or games or even just an arm wrestling match, and it’s like, you didn’t want to have to do this, but well, now you have to beat them, don’t you? And for some reason, people are always surprised when you do. But you’re faster and stronger than you look, because it often takes that much more power to drive all that muscle. But really, people need to stop underestimating you.

People warn you to not get “too” muscular because “guys won’t like that.” And you can’t remember why you were supposed to care about that? Oh, right. You weren’t. And you won’t.

What thigh gap? You mean the built-in shelf your legs make that catches any food you drop so you can still eat it? Thanks for touching, legs. Way to look out for your girl. 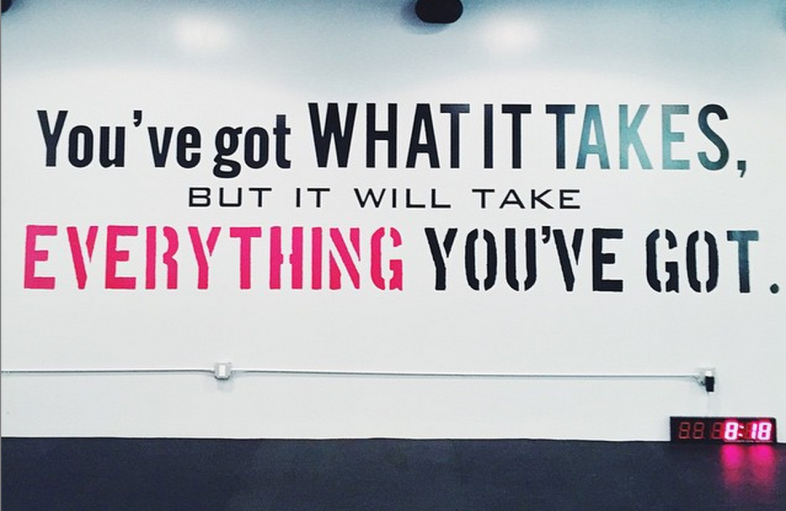