Nerve.com was founded by Rufus Griscom and Genevieve Field in 1998 as a literary website about sex. It must have been among the first ten destinations on the web. At one point it even had a print magazine. And it was about so much more than sex–of course sex is about so much more than sex. At various times, I was their movie critic and their television writer. My only published short story was for Nerve, and it eventually appeared in an anthology called Full Frontal Fiction along with work by Jay McInerney, Mary Gaitskill, A.M. Homes, Sam Lipsyte and many other amazing writers who contributed over the years. Nerve was the first internet dating site. Without Nerve there is no Tinder.

Jack Murnighan edited the site on and off for years. He is so smart and funny and crazy. And yes, ladies, he is single. We did a series of debates about–I can’t remember. In 2009 we took on the Brazilian wax. I was pro, Jack was con. Go figure. Here is what went down (that was a deliberate pun–obviously).

Jack Murnighan: Elizabeth, you’re one of the smartest people I know. You can’t have been taken in by this Brazilian fad, right?

Elizabeth Wurtzel: What fad? Isn’t this just the way things are and will ever be?

Elizabeth Wurtzel: I think men like the idea that the person they’re doing it with might get them thrown in jail.

Jack Murnighan: Maybe some men. So I take it you chew bubblegum in bed and talk about the Jonas brothers?

Elizabeth Wurtzel: I was once on a plane to Dublin. AerLingus in its drunken Irishness didn’t assign seats, so this gentleman and I were figuring out who’d get the nicer seat. I was astonished he didn’t defer to my status as a lady, but whatever. I said, “When you get a Brazilian wax, I’ll let you have the better seat.” He immediately got out of my way.

Jack Murnighan: Your Irish guy was clearly raised by wolves. But what makes you wax in the first place? Not just to have another thing to hold over foreigners on planes?

Elizabeth Wurtzel: Oh, I do it just to ensure that I get upgraded on airplanes. On American Airlines, I’m known as the Muffless Menace. But seriously, there’s a strange truth to that: I think we women don’t feel entirely female unless we’re slaves to beauty.

Jack Murnighan: But pubic deforestation seems pretty optional, no? In fact, I’m not sure I’ve seen a full-on Brazilian in a while, not that I’ve been checking…

Elizabeth Wurtzel: Actually, I don’t think it’s a true Brazilian unless it all comes off. And how have you not been checking? You don’t look down there when you’re with someone?

Jack Murnighan: Fear not: I’m not ignoring anything. But all off is pretty extreme, and doesn’t even leave a breadstick of hair to symbolically say, “Ape-man, come ravish me!” And isn’t that a nice message?

Elizabeth Wurtzel: I don’t want to fuck an ape. That’s a gross thought.

Jack Murnighan: But why would you want it all gone? Doesn’t it itch? And isn’t it a little little-girly? You say yourself it’s annoying to have to do.

Elizabeth Wurtzel: I’ll be honest with you, I’m not sure why I do it. The first time it was curiosity, and the audience response — so to speak — was good. And there were all these annoying things about it, like bumps and ingrowns and stubble (ugh!), but again, the audience response had been very, very good. So I stuck with it.

Then the side effects went away and I found I felt better with nothing — and I mean NOTHING — there. I don’t care what Amy Poehler says. Hair is sort of icky.

Jack Murnighan: What do you mean by “better”? I’ve heard the cleaner argument, but I number myself among men who like there to be a little odor too, something to relish, one more sense to add to the mix. Odor, like hair, is magnificent in moderation.

Is there more than just the “clean feeling”? And have all the guys been in agreement? Am I vox clamantis in deserto (St. Paul the pube advocate)? At the end of the day, I think collectively that we should be pro-body, not anti. I don’t like where this could be leading.

Jack Murnighan: No, just more and more sterilization and disconnection. I have a friend who savors giant beavers and hair and smelliness and rolls of fat. Honestly, I think he has more fun in bed than anyone I’ve ever heard of. He’s just an enthusiast and takes the human as she and he is. It’s a great strategy. I want my Eden back.

Elizabeth Wurtzel: I think that’s good, and I’ll admit it’s a funny irony: at one time, when you got pubic hair, it meant that you were an adult. Now, you get it removed to show that… you’re an adult. There’s something childish about being hairy, now that Brazilians have achieved vaginal hegemony.

It’s a little weird and worrisome. Hair has become the pubic equivalent of baby fat, you know? But I’m glad to hear the sentiment you’re expressing because sensuality should make a comeback, and sterility should get lost. But hair can be on one’s head and not one one’s crotch — it doesn’t mean voluptuity is dead.

Jack Murnighan: Listen, I always want women to do what they like (and I try to make myself accordingly likeable). If you like it, you like it. I just want to know why. And what would you do if a guy you adored (and who clearly adored you) said, “Honey, I love the all of you: your perfections, your imperfections, your skin, your smells, your sounds, and I just want them all, as much of you as I can get.”

I’ve found myself complaining that my girlfriends showered too much or felt shy about having sex during their “time of flowers” (as it was called in the Renaissance). To me, those weren’t bad things because they were part of her. And, yes, I realize this is still a guy trying to dick-tate, but only out of love.

Elizabeth Wurtzel: I kind of think it’s nice if guys like sex with blood, but also creepy and ghoulish.

Jack Murnighan: I didn’t say I prefer it, just that if it’s part of her, it’s good. Like in Vargas Llosa’s In Praise of the Stepmother, where the guy likes to listen to his wife’s tummy rumbles.

Elizabeth Wurtzel: You guys should always groom a bit as well, you know?

Jack Murnighan: Oh, god. I already cry myself to sleep because I only have a four-pack (better than the one-pack I had a few months ago). But see what I mean? It’s a slope slipping toward complete non-acceptance of our natural states. Granted, having just spent some time in India, I was happy to come back to deodorant, but part of me thought that it was a little sad that I let natural human smells bother me.

And, really, fat is the big one. Can you imagine how much happier we’d all be if we could be Rubenesque? I’m not arguing for bad health, just acceptance of the fact that at age forty, my thirty-one-inch waist isn’t so bad.

Elizabeth Wurtzel: I guess I’m sort of a nasty perfectionist. I run every day and do Pilates and get facial peels — and, of course, Brazilian waxes. I’m not denying my mortality. I know I’m going to die someday and I’ll have spent a good deal of my life on a treadmill to nowhere.

But I guess there is a philosophical sickness that drives us to do things like go to salons for hair removal: it’s an insane drive toward achieving a state that we’ll never get to, that we’ll always be approaching, stuck at some horrible asymptote. But I guess it makes me feel better to try. It makes you feel better to give up.

Jack Murnighan: Not to give up, just to let the asymptote cross the axis every now and then. So would you advise your sister/friend/daughter/whatever to wax, or would you say that if she’s cool with her hair, she should leave it? I’d say she should do what she wants if she has a strong opinion. Or, if not, to see what her boyfriend likes. And if he likes Brazilians, call the cops on him. (Just kidding.)

Elizabeth Wurtzel: Oh, everyone should do what they want. If you’re happy, love will find you, or you will find love. I’m just saying that I want the better seat in first class. 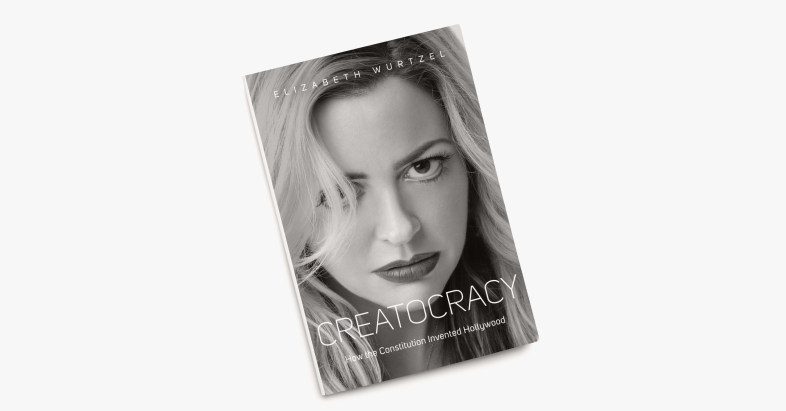 Creatocracy by Elizabeth Wurtzel is out now in digital and paperback from Thought Catalog Books. Find it on Amazon here.

3 Foolish Mistakes I Made When I Tried At-Home Sugaring

I’m Done Being Ashamed Of My Body Hair