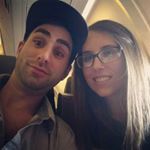 Dating can be really rough. I may be out of the dating scene now but I remember exactly what it’s like. So when my single friends complain about yet another failed date, I know what they are going through. I feel your pain!

Dating in this day and age takes a lot of resilience. Between canceled plans and unwanted dick pics, it is so easy to get discouraged. It’s almost impossible not to become a bit cynical. But I happen to think that a little bit of cynicism in the dating game is a good thing. You never want to be too naive and believe every word that comes out of a guy’s mouth. Unfortunately, too many people do not have your best interests in mind.

When you’ve been single for a while, it’s easy to start thinking about giving up. If you realize that maybe you don’t want to be in a relationship, then do give up. Relationships and monogamy are not for everyone and there’s nothing wrong with wanting something different than what society deems “normal.”

But if you are someone who genuinely wants a significant other, then you have to persevere. Dating takes a whole lot of time and patience. And sometimes it requires changing things up a bit. We all make mistakes when it comes to dating. You just need to be able to recognize these mistakes and make the proper changes.

Often times it’s all about learning to date smarter. Below are three words that I think every single girl should live by if they want to make their dating life better and stop wasting time.

Honest – This is all about being honest with yourself and what you really want from a guy. It’s too easy to settle when someone comes along who you sort of like. We’ve all been in that situation. The guy is nice enough and you don’t find him ugly so you continue to go on dates with him. There are no real sparks there but you convince yourself that they will happen eventually. You even start to convince yourself that you like the guy even though deep down you know there is something missing. Stop doing this. It’s mean to yourself and it’s really mean to the guy. Don’t settle just because you don’t want to be the single girl anymore. If you have to convince yourself and your friends that you actually do like a person, you don’t. Just be honest with yourself and admit it isn’t there and move on.

Aggressive – There is no point in beating around the bush anymore. If you like a guy, let him know. The days of playing hard to get or waiting for him to call are over. You’re a woman on a mission and you shouldn’t let any antiquated dating rule stop you. If you’re dating cause you want a committed relationship, you shouldn’t be afraid to tell the guy. I’m not telling you to break out your wedding binder and start naming your children on the first date. That’s not being aggressive; that’s being crazy. But there’s nothing wrong with being upfront with your intentions and what you’re looking for. If this scares the guy away, then he’s not the one. And please don’t be afraid to make the first move.

Cutthroat – If you’re serious about dating and don’t want to waste your time anymore, you need to be cutthroat. This means no more making excuses and ignoring obvious red flags. A guy you’ve gone on 2-3 dates with should not be on his fifth or sixth chance. Canceling plans, waiting days to respond to texts. This is not acceptable behavior. If a guy is into you, he will show you. If you have to question his feelings, then it’s most likely because they are not there. Be cutthroat. Treat your love life like the Hunger Games. The odds are not in the dude’s favor.

I love cupcakes a little too much sometimes.