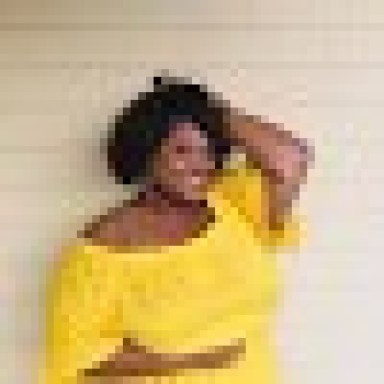 Ghosting is… how do I describe it?

It’s not limited to this definition, but basically it’s when you’ve been dating someone, everything is fine, then out of the blue they just disappear, like you never even knew them. Like a ghost.

People have a lot of reasons for why they ghost. But the more time invested before the ghosting, the worst it is to be ghosted. If you’ve been seeing someone for a few days and they ghost, no harm done. If you’ve been seeing someone for months or years and they ghost, they are just evil. They may have a legitimate reason for ghosting, but that doesn’t make it hurt less.

I’ve been ghosted a couple times, so maybe I’m now an expert. I’ve done everything you’re NOT supposed to do when you’ve been ghosted, so here are my tips on what you SHOULD do:

Easier said than done! When a person quits responding to you, you might have a million thoughts going on in your mind. But don’t jump to conclusions too fast. Take a breath and a step back, and see if they text or call you back. You know this person, and you know they couldn’t go more than a day or two without speaking to you. Find something to take your mind off checking your phone.

Okay, it’s been a few hours or a few days since you’ve heard from them. You feel like you need a response. Personally, I loathe being ignored. My biggest mistake was always texting and calling until I got a response. But don’t be like me, be better than me. If it’s been a few hours or days since you’ve heard from them and they haven’t responded to any of your attempts to contact them, gracefully walk away. They will respond eventually and if they don’t…

3. Don’t Give Them What They Want

I’m no relationship expert, but I would bet that many people who ghost after you’ve been together for a while are narcissists. Narcs are a whole other blog post, but when a narc is done with you, they will discard you, and oftentimes ghosting is easiest for them. So if your ghoster is also a narc, then they will thrive off you going insane. You blowing up their phone for a response will make them feel so good. Don’t do it. Be better than me!

If your person doesn’t fit the narc criteria, they may have ghosted due to something they’ve been going through personally. Therefore, the ghosting is not your fault (it never is), it’s on them. They have something they need to work on. Though it’s a selfish thing to do, they may have thought that was the best way to handle it. Regardless, it is still painful, but bowing out gracefully is crucial.

4. Don’t Block Them On Social Media

Relationship experts might disagree with me on this, but if you are friends with your ghoster, don’t delete them yet. See if they delete you first. If you do that, you will:

1. know they are still alive, and

2. know that they have discarded you.

If you’ve tried to call, text or Facebook message them and they don’t respond but delete/block you on social media… trash. Better yet, if they unfriend you after all that, THEN you block them.

5. Move on With Your Life—Get Your Power Back

The first few tips are hard, especially if you really liked the person and you believed they felt the same. Or sometimes you set yourself up in your mind that this is the person you want, but in reality they are not the person you think they are. Either way, you’ve spent the past few months getting to know them, and you both formed a bond that was broken with no explanation.

You may feel it’s all out of your control, but actually you have more control over yourself than the ghoster. You can determine how you respond to their actions and you can snatch your power back by just walking away. The best revenge is living well.

I didn’t do any of these things. Each time I took it pretty hard and turned it on myself, trying to figure out what did wrong, but it’s really not about you, it’s on them. The best thing to do is to not beat yourself up and don’t let it do permanent damage. We all know there’s always SOMEBODY trying to holla, so once the pain subsides, there will be another. And if they ghost you, come back and read this again.

I pity the fool who ghosts you again.