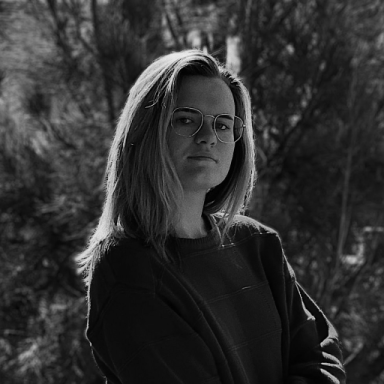 It doesn’t take a genius to figure out that we would have never worked. The circumstances, the personality differences, the way that you jumped headfirst into each new adventure as I took the more meticulous approach. It just made sense that we would forever be clashing and battling until the very end.

But the logic behind it doesn’t make the pain I feel any less real. It also doesn’t help the sting I feel from the loss that always burns like it’s brand new, even though it happened multiple years ago. When memories of our time together pass through my mind, I can’t help but smile and almost immediately feel my eyes begin to water from tears.

I found the letter you wrote me in my dresser drawer. I was angry that your words still made me laugh and your thoughtful sentiments still made my heart swell with happiness and appreciation.

We may have never dated, but we had a connection that I had never felt before you and I have never felt since you. An ability to connect on multiple levels and understand what the other is thinking and feeling. An ability for me to randomly guess your tattoo correctly, although I had no way of knowing what you would have gotten. An ability to know from first sight that you would make an impact on my life, but I was too naive to know then that maybe it wouldn’t be a good one.

I can look back all I want on what happened and wish for it to be different, but it cannot be changed. All I can do is learn from it and try to take this newfound knowledge into future relationships that I have after you. But I can say with certainty that no one has made me feel the way you made me feel, and I’m starting to wonder if anyone ever will again. If what I felt for you was the thing the songs write about, and I was lucky enough to experience it for even a short while, should I be okay with that, even if it was wrought with hurt and suffering?

All we can do is continue to move on and live. At least now I know our story ended and there’s no point in daydreaming about a future. I may still reminisce from time to time, but as each day passes, I get closer to finally closing that chapter for good.

If there’s one thing I’ve learned from you, it is this: Even if the information hurts, there is a comfort in certainty.