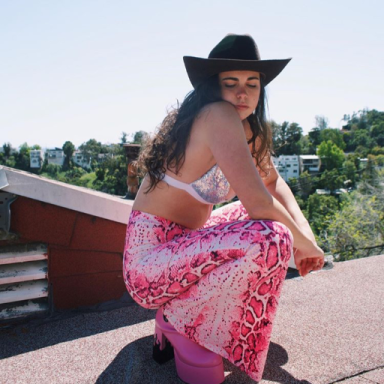 Spoilers for Feel Good season one and two

Season one of Channel 4 and Netflix’s co-production Feel Good did not make me want to watch a second season. But it wasn’t all bad. Mae Martin’s charisma as their auto-fictional character Mae was undeniable. As was their chemistry with the labeless, but often referred to as “straight”, closeted George (Charlotte Ritchie). The first season of the show painted their dynamic as a queer approach at a 30-minute comedy about the growing pains of a relationship between two people in their late twenties/early thirties.

But it seemed to lack the nuance that addressed queerness and addiction warranted, each episode ending almost accidentally – as if apologizing, “If only there were 15 more minutes, we could properly explain why we aren’t labeling George’s sexuality and allowing for myriad microaggressions, never addressing why a group of millennials can’t even fathom bisexuality or pansexuality.”

I watched season two because I know how rare queer art by queer artists for queers can be, so I did my duty and stuck around because that’s what we queers do. And boy did that feel good. Season two apologized and then some. Season two changed the entire show.

Season two offered us a closer look at George’s queerness, her internalized homophobia, and grappling with her sexuality later than “most.” It also gave Martin’s Mae space to breathe – their relationship with George, their gender identity, and their past trauma as well. The 30 minutes of each episode was more than enough to detail why we the audience should care about these characters and gave us the time to do just that. The key difference between season one and season two? The former really tried to live up to the title, the latter let it all hang out.

Queerness does not always feel good. Sometimes it feels amazing – like George does when she starts an activist group at the school she works at to encourage students to care about a cause. Other times it feels horrible – like the countless times Mae lies under their bed, letting a panic attack roll over them instead of confronting the trauma of their sexual abuse. Season two of Feel Good did not pretend to be a sitcom or a “gay” show – it was a love story about two complex characters seriously struggling, getting it wrong, and then taking one another by the hand to struggle again until they got it right. And that story was a beautiful one.

As someone whose childhood was marred with emotional abuse, I have uttered the same words as Mae, in their realization that their relationship with supposed friend and ex-lover, Scott, was a predatory one: “I wish I knew what kind of person I’d been if I’d never met [him]? I can’t handle it – like life, or like being in love with you.” George replies, “Mae please listen to me, you can barely handle it. But there’s a difference: you are handling it. Every day. You are.” Mae and George reckon with this while mid-hooking up in the back of a stranger’s car. There is so much to unpack in this brief moment shared.

Trauma – especially sexual trauma – coming up during sex – let alone gay sex – is not often portrayed onscreen, despite it being a common occurrence. This same trauma led Mae’s career to skyrocket and in turn rendered them unable to leave the house to perform. Mae isn’t even sure that what they experienced was abuse until halfway through season two, after the show has already introduced their predator, Scott, as a “friend” – someone who Mae even tried to kiss before (a common coping mechanism of plenty survivors of assault). So we are on the same page as Mae begins to examine their relationship with Scott in real time and understands what really happened between them and Scott.

George is along for this ride as well, despite being skeptical of Mae’s relationship with Scott from the get-go. George understands what loving a person who has experienced sexual trauma entails and lets Mae move through this trauma at their own pace, instead of deserting them as she does in season one. George earlier in this finale episode even asks Mae about their pronouns in the sweetest moment of the whole show, saying quite simply, “You tell me, and I’ll use the right words.” It is this paired down approach to dialogue between such complex characters in intense dynamics that makes this season such a narrative knockout.

Not to mention season two allows the supporting cast to shine, and rightly so. Lisa Kudrow’s casting finally makes sense as Mae’s mother, Linda, as we watch her own neurosis manifest in myriad scenes. George’s flatmate Phil (Phil Burgers) continues to surprise as a very wholesome flatmate who has both Mae and George’s best interests at heart. And of course there’s Mae’s fellow comic, Jack (Jack Barry) who as a B plot line is unrequitedly in love with Mae and provides very sincere delivery of comedic relief amidst scenes centered around interventions, sexual predators, and worst of all, stand-up comedy.

To judge Feel Good on its first season is a disservice to the entirety and complexity of the narrative. As is often the case, it gets better with time and allows us to not just feel good, but a great many more emotions.

I have not once in my adult life used the pythagorean theorem.