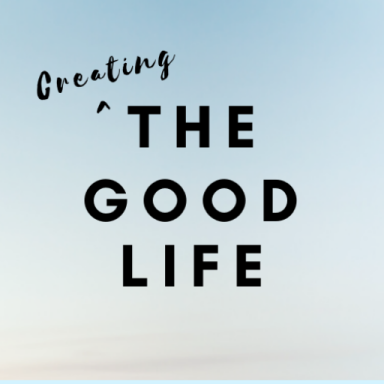 A few summers ago, I climbed the “Knife Edge” of Torreys Peak, one of Colorado’s 58 “fourteeners,” or mountain peaks that exceed 14,000 feet.

I didn’t realize how scared of heights I was until I moved to Colorado. And I never really got the chance to face them either.

On this climb, I felt the closest I’ve been to “death” in a long time. I felt the adrenaline dump from my limbs. I couldn’t control my breathing. And I wondered at multiple points whether I had the strength to go on. After about five hours, I finally summited.

1. The adage that “all we have to fear is fear itself” is in many (but not all) ways true.

I think fear exists as a signal that something can hurt or even kill us, and it must be listened to and respected. However, the MOST trouble I got into on this route was when I let fear itself take over my decision making.

Sure, I could have fallen off a cliff. I could have hit my head. I could have missed a step and tumbled down onto piles of rocks. Those things could very well have injured or killed me. But the thing that put me at MOST risk was letting fear control my breathing. This interfered with my ability to take an important step or reach for an important grip. It slowed down my reactions and lessened my focus.

For these reasons, my uncontrolled, emotional reactions to the dangers, rather than the dangers themselves, put me at the greatest risk. The threat of the cliffs and the falls only got greater the more I let fear take control of me.

2. The more I focused on each step, one foot after the other, the better I performed.

When I started to imagine what the path would be like 100 feet from now, or 200 feet, or one mile up, the more overwhelmed I got. My heart would start pounding and my hands would start shaking thinking about what might come next.

Likewise, looking too far back had the same effect. When I looked too far behind me, at the ground thousands of feet below or the rocks a good fall away, I started to get overwhelmed. “How have I come so far? What if I fall? Look at all the things I have to lose.”

Sometimes looking behind me or looking ahead of me furthered my purpose, but only if it was a little bit—only if what I was considering still had relevance. Focusing on the power I had in each moment—each step and each hand grip—kept me calm and kept me safe.

3. This was by far the best-feeling summit I have had, and that’s because of—not in spite of—the emotional strength it took to get there.

They’re risky because, for a moment, we’re unsafe, we’re unsure, we’re vulnerable to getting hurt. However, at the same time that we’re open to getting hurt, we are also open to new experiences, to growth, to new connections, to nature, to each other, and maybe even to some greater power or ideal.

4. When we’re really, really scared and feeling the effects of this powerful emotion, sometimes the most valuable resource we can use is each other.

There is absolutely no way I would have gotten off that mountain without my two climbing partners (or maybe I could have, but it would have taken much longer and put me in much more danger). They showed me what patience and empathy look like. They showed me how important it is to ask for help when I need it or to sometimes just feel the calming effect of a hug or someone’s hand.

They were my greatest resource. And even though it was ultimately my responsibility to get myself up that mountain, having them as support allowed me to do it in the best and quickest way possible. Their encouragement empowered me. And they helped keep me safe.

To tell the truth, I’m not sure how close I really was to death that day.

It felt like every step I took was a risk—that with one slip, one bad move, I could have tumbled down either side of that mountain.

Whether I actually was in danger isn’t the point. I put myself in a situation where I was mentally, emotionally, and physically scared to the point of feeling completely vulnerable, exposed, and ultimately, triumphant.

I would not take it back for a second.

Interested in living a good life. Find me at CreatingtheGoodLife.org