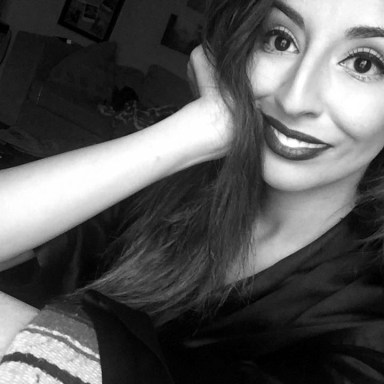 I was born on February 11th, and I’ve got to say, I often regret it. My parents spent an entire year trying to have me—they read books, went to classes, and my father drank herbs every week.

It was all quite the ordeal for them until I finally made my big debut with an umbilical cord wrapped around my neck. I wasn’t technically supposed to be here, but I still found a way to come; I also suppose my parents could say the same about themselves.

My father was hit by semi-truck as a child but miraculously survived. He has suffered through permanent brain damage ever since. My mother was born without bones in her hips, so she has pins in place and walks with a limp.

Neither one had ever loved (or even kissed) another person before they met at a car rental agency in their late 20s. As a unit, their temperament would not ever be described as self-aware.

When my mother’s family decided that they were too poor to parent, neither person minced words. I hadn’t even mumbled so much as an infant cry before I was handed over to my mother’s sister, Gloria. I would remain in her care for the first six years of my life.

There are no words to describe how hard it is to live with agoraphobia—imagine attempting to understand it as child.

According to the dictionary, “agora” denotes a public, open space used for gatherings, while “phobia” means fear. It’s safe to say that the presence of many people often scared my aunt.

A simple trip to the grocery store would leave her dry heaving into paper bags. If she managed to make it inside, she would have to remove her glasses so that she couldn’t see any faces.

Due to the state of her condition, my aunt had stringent rules about going outside and talking to other people. She taught me to hide in the closet when someone knocked at the door. I was never to play outside or have a birthday party.

It didn’t help that I was a very small, friendly thing with dangling arms and hair that fell close to my feet. Scolding was a regular occurrence for me, as I would often find friends in grocery lines and beg for sleepovers that could never happen.

While other children were outside, scraping their bony legs on the pavement, I was alone in my room, making up stories for my dolls. School was also a battle because I couldn’t shut up in class.

My aunt only had one friend, Tammy, who was our young neighbor. Tammy lived across the street with a husband who was old enough to be her father.

I can’t recall too much about her, besides her curly brown hair and jean jacket. I do remember the last time we ever saw her though. She stuffed a large suitcase in the back of my aunt’s trunk, and we drove her to Wyoming, where she got into a taxi. She waved goodbye from the backseat like it was the happy ending of Lifetime movie.

Before Tammy made her grand escape, she consistently came over to complain about her husband problems. She and my aunt would sit for hours gossiping. One particular morning, Tammy came over in hysteria. Before my aunt could even get a word in, tears were already rolling down her face as she plopped herself on our couch.

My aunt had me on a specific schedule, probably because it helped her anxiety. With Tammy being there, everything was off. Usually I would wake up in the morning and have my vitamins with some water. Then I would have some breakfast and play. Tammy had been talking for what felt like five days.

I had asked for my vitamins several times in hopes of getting the ball rolling, and each time I was shooed away. Growing impatient, I decided that it wouldn’t be too hard to get them myself. I was tiny, but I would be able to reach them if I could climb on a chair and then the counter.

With loads of hesitation and calculated movements, I dragged a chair that was as big as myself over to the counter and climbed. My bare knees touched the cold, plastic counter and I felt as mighty as a man. A symphony played as I opened the cabinet and my precious gummy vitamins were waiting for me. I popped open the cap, took my vitamins, and it was over.

I climbed off the chair and felt powerful enough to leave it there. I wanted her to see that I did it myself, even if it meant I would get in trouble. Who would’ve thought that adults weren’t needed for everything?

I peered around the corner of the kitchen, feeling brave. Tammy was still going on and on, and my aunt was too wrapped up in the story to notice anything. That’s when a crazy thought popped into my peanut brain: What if I went outside? Suddenly the door was playing angel music, and it felt like everything in the world was drawing me to it. What would happen if I went outside…right now?

I peered around the corner again. She was still listening, which meant she was unable to see what I was about to do. My tiny feet dashed out of the door faster than a ‘90s cartoon character running from danger; there might have even been a ball of smoke in the hallway, I don’t know.

What I do know is the moment my feet hit the gravel, I smelled freedom. There were children from my class running all over. Some were playing soccer, while others were on swing sets. There was even a girl from my class, Jess, who was riding around in circles on her bicycle. I had no idea that so many kids lived 2 ft. away from me. I was a tourist in my own neighborhood.

I walked up towards her and said hello, hoping she would recognize me. Thankfully, she did. I spent the rest of the day playing with children I didn’t know. I had battled bad guys, kicked a few goals, and climbed a couple of trees by the time the sun began sinking.

My limbs were dangling over a neighbor’s swing set when a worried mother approached me with an inquisitive tone. “Shouldn’t you be getting home?” I promptly but matter-of-factly shook my head no and kept swinging. I knew I wasn’t going to get to go outside again, so this needed to really count.

I swung until the street lights came on, then brazenly walked home. As the plastic front door creaked open, I saw my aunt sitting next to my mother on the couch. Their faces were bare of emotion. They just stared, so I did too. After a moment, I walked to my bedroom with their eyes glued to my back. No one said a word.