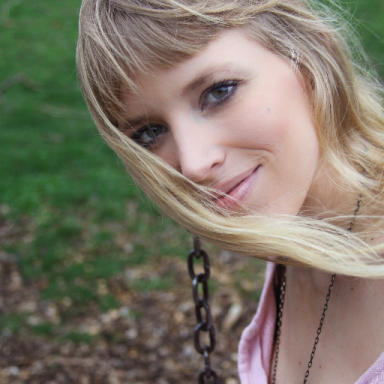 I’ve always dreamed in gold dust, though real life is more like newspaper reels, black and white and with headlines screaming about pain. Waking up was hard. I felt too heavy, without wings. That is, until I started waking up with him.

I didn’t mean to fall in love again, but it wasn’t really a choice. As soon as I saw him for the first time, with hooded eyes so dark and clear, my heart was lost. If I’d thought that would happen, maybe I would have built up the ivory tower I’ve been in or hardened myself with frost, but I didn’t know. So he got in. Somehow. Because he was the one destined to get in. The only one who could.

I’m terrified of that breaking, if I’m being quite honest. I run over the scenarios in my head, the ways he could hurt me if he wanted to. I basically gave him the knife and splayed my arms and legs, saying, “Cut here to make me suffer and here to make it quick.” He could ruin me with his magnificent mouth, and the words I imagine him saying when I’m all alone: “I don’t love you. I never did. There’s someone else.” I torture myself with thoughts of it. And yet when I’m with him, all I see are doves and roses. It’s only when we’re apart that the demon inside me howls for fear and pain.

So am I brave or a coward? I don’t know anymore. But I can’t say goodbye. I never could.

I am the girl who gave up whiskey to drown in stars and nostalgia, instead. I am the girl who has so many dog-eared romance novels that people, when they notice my bookshelves, chuckle self-consciously. Does she really believe in that stuff? I hear their whispers, smile to myself in a cracked mirror, because I do. I am the girl who was broken and eaten, the meat sucked clean from my bones by men with sharp teeth and words like barbs, who enjoyed the taste of my poetess meat. I am the girl who revived herself with the salt of your tears and the words I made myself write.

I Don’t Love My Boyfriend Anymore, But I Can’t Break Up With Him

I’m Not Afraid Of Loving You, I’m Afraid You’ll Break My Heart

This Is How You Lost The Best You’d Ever Had