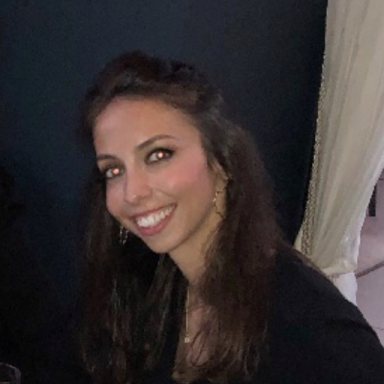 Throughout our short marriage, my husband used to tell people that I was freakishly strong for my size. He would say those words with a kind of pride and glance over at me as if now I should prove my strength by hoisting a car overhead—or at least put my hands on the bumper and lift the back wheels a few inches off the ground.

I’d smile back at him and roll my eyes and wave away the compliment, tell whomever he was talking with that he was exaggerating. But secretly, I loved it. I loved that he thought I was strong, that he knew I could carry six grocery bags at once. I loved that he believed I possessed a secret strength hidden in a small frame. And when he got sick, I was honored to find that he trusted that strength to catch him when he fell, physically and emotionally, and to support us when he no longer could.

The subconscious logic sounded something like this: I was strong because my husband believed I was.

At his funeral, the weight of my grief, the very dense weight of all that I’d lost, settled into my chest, my hips; it was hard to breathe. It was impossible to stand. The legs that had walked into countless appointments and hospitals with my husband and never once faltered, the legs that had supported him during physical therapy after brain surgery, the legs that had held solid as I reached my hands out to catch him after a seizure, no longer could support me. Without my husband’s quiet certainty that I was strong, I couldn’t escape how weak I was—I couldn’t even stand upright without him.

But then, countless hands pulled me up, dozens of arms wrapped me in hugs, and the whispered words into my ear were always the same: “You’re so strong.” I stood, leaning on the promise of those words.

The subconscious logic sounded something like this: I was strong because they—that ubiquitous they—thought I was.

And then I attended my first Pilates workshop as a new teacher, not quite finished with my certification, and was surrounded by seasoned teachers and Pilates professionals whose names headlined videos.

The workshop’s instructor, a legend in the industry, didn’t know my story. He didn’t know that I was sometimes little more than a shell of a person walking around, nodding and smiling at the right times, while internally navigating a tempest of fierce emotions. He didn’t know I needed the people around me to tell me I was strong to keep me from collapsing.

He saw, simply, a novice, someone who needed to build strength in her back and fix an imbalance in her hips and learn to use her muscles to pull in her ribcage. Instead of telling me how strong I was, he pointed out—without malice, with only the intent to teach me to be a better instructor—all the places I was weak.

With each critique, that fragile and superficial foundation I’d been building gave way. I left the workshop feeling defeated and exposed.

The subconscious logic sounded something like this: I wasn’t strong because he’d seen my weakness.

As it turns out, rebuilding a life based on someone else’s words, someone else’s truth that is invisible to you, is dangerous. If you can’t see the foundation you’re laying, you leave open the chance that there will be cracks and unfilled holes; you’re building something that, with one good strike, might give way, sending you plummeting back into the depths of the darkness from which you had wanted to rebuild.

After that workshop, I was in that darkness, and when I looked around, there was no one left to lean on, to tell me I was strong.

This time, instead of looking for someone else to hold me up, to drag me out of the darkness, to lean on, I had a choice: stay there, broken and weak, or change the definition of strength.

What if strength was choosing to again lay that foundation that had once given way, choosing to hope that this time you’ll get it right and it won’t all be so vulnerable to collapse?

What if strength wasn’t some vague idea of a super woman who can lift cars and do all the things without skipping a beat, but just a woman who plummets and stumbles and finds a way to keep moving forward?

And this time, when I climbed out of the darkness by my own will and grit and determination, the subconscious logic sounded something like this: maybe I was strong because I was.

I wish I was left handed.