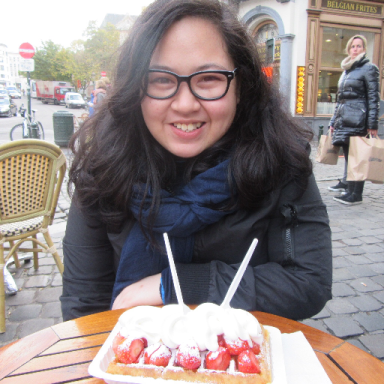 We didn’t have a meet-cute. In fact, I don’t even remember how we met. There wasn’t a spark-filled moment where our eyes met from across a crowded room. I didn’t accidentally bump into you as I was rushing to get to the office in the middle of a busy street. No one grabbed the wrong drink in a coffee shop with a misspelled name scrawled on the cup. I think we were just introduced, and that was it. It wasn’t love at first sight. Nothing is ever as simple as that—love most especially.

Love, huh? Was it even that? What comes before love but is also beyond infatuation? Infatuation as it is defined is short-lived and intense. What we had was long-lived and slow burning. So long and slow it fizzled out before it could reach boiling point.

What we had was the easy familiarity old couples had. As if we skipped a couple steps to get to that point. We never went through the labor pains of starting a relationship. We dove straight to the easy part. The easy short-hand old couples had, we had at the very beginning.

Of course, nothing worth having was ever that simple. Like a house of cards, eventually it all crumbled. Whatever it was that we had didn’t have a solid foundation to stand on, nothing hardened by the heat of fiery passion or made resilient by weathering heavy storms. We had warmth and comfort. We were cool and collected. Always in the middle, without a beginning, and how else would you expect it to end?

It was an almost, an almost relationship, or was it an almost eventual heartache? Were we blessed with an easy escape or cursed with a what-if we’ll never get to figure out? Was I lucky to have spent that time with you or will I regret the question I never got to ask?

You almost broke my heart. Or did I almost let you?