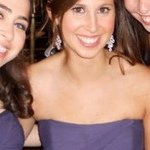 It’s the day after Thanksgiving and suddenly, the world we live in is now illuminated. Large spruce trees appear at every location your credit card is accepted. The holiday season is amongst us. The entire month seems to lead up to that big day, December 25th, and as Jews, we strap in and go along for the ride. You see, our main event, Hanukkah, is really just a bleep on the Jewish religious spectrum. It’s the friend who you like well enough to grab lunch with every now and then, but you’re never going to share your deepest thoughts, or pick an unnecessary but satisfying fight with. But our good friend Christmas has so kindly told Hanukkah, with only a hint of pity in its tone, that it is just as fun, special and completely relevant to the holiday season. It’s not really, but we’re fine with that. Hanukkah is what it is and there are some pretty cool things about the holiday that many people – Jews and non-Jews alike – may not know about.

The Miracle of Lights

The holiday commemorates some kick-ass rebels, the Maccabees, who fought against the Greeks to take back land that was stolen from them. When they arrived after battle at their sacred Temple in Jerusalem, the mess was as abhorrent as a frat house on a Sunday morning. The temple was filled with statues of Greek gods and had been used for practices involving swine, which were both big no-nos for the Jews. The place had to be purified… again, like every counter in a fraternity house on the aforementioned Sunday morning. The purification was to be done by burning ritual oil in the temple’s menorah for eight days, but there was only enough oil left for one. They lit the menorah anyway and to their surprise it lasted eight days. That is some good-ass oil and I wonder if it’s available today. Was it olive? Canola? Coconut?

Grease is the Word

Since the miracle of light stemmed from this long-lasting oil, we honor it by eating greasy, oil-soaked food that are super bad for you and super delicious.

Potato latkes are fried potato pancakes that taste like heaven when dipped in applesauce. There are also these jelly-filled donuts, called sufganiot. Full disclose, I had to look up the technical name, but I’m pretty sure in laymen terms they are called “jelly donuts” and available at Dunkin Donuts year round.

Then There’s The Dreidel

This four-sided top, each side with a different Hebrew letter, is used in a game of chance that some Jews play on this holiday. They play for gelt, which are chocolate treats packaged to look like gold coins. Gelt satisfies that chocolate craving and blends in well with the rest of the change at the bottom of your purse. I googled the significance of the dreidel and according to one website, it was used back when the Greek’s had outlawed Jewish worship. Jews would pretend to be gambling by spinning the dreidel, but they were secretly gathering to study torah. So pretty much, it’s the opposite of what guys in high school do – say they are in their bedrooms studying when they are really betting their bar mitzvah money on online poker.

This holds no real significance to the holiday; it is the Jewish attempt to fit in. It’s buying that knock-off designer bag because all the cool kids are wearing them. They’ll know it’s not a real Prada bag and their actual expensive Prada bag is way nicer than your fake will ever be.

Again, I’m pretty sure this present thing all started because we were jelly of the gifts under the Christmas tree, but Christmas, we owe you one. Back when I was a kid, we did get eight presents each night. You had to watch what you said leading up to Hanukkah time however because a casual mention that you need socks lead to, “We got you socks for Hanukkah!” It’s a good run but usually those eight presents morph into one, and then often, none, as you leave your parent’s home.

There are actually nine candles on the menorah, not eight, as you would imagine. The middle one is used to light the rest and for some reason, it is always difficult to remember if you light the candles, adding one each night, from right to left or visa versa. Either way, I’m really glad Jonathan Adler came along because buying an overpriced item of décor feels way better when you can justify it as something that would make your grandparents proud.

Chinese Food and A Movie

While usually not part of Hanukkah (unless the dates overlap) this is ingrained in our tradition as Jews, taking place on Christmas Day. Once a year Chef Wong’s is flooded with hungry Jews who come flying in the door. This year they will be discussing Stephen Sondheim’s latest version of Into the Woods, wondering if he too, is eating Chinese food on this special night.

Dyana Goldman was born and raised on the East Coast but relocated to California to pursue a career in sitcom writing. ...

I Told My Manager Not to Put Out The Christmas Decorations Before Halloween, But He Wouldn’t Listen And Now People Are Dying