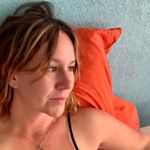 I became aware of my ability to sense the golden threads of attached souls somewhere around age 17, when I was given awareness of my future daughter’s appearance within my field. By “attached souls,” I mean that, because energy precedes matter, the timeless connections between spirits can be felt and observed in the subtle and unseen energetic fields, or auras, of each person, even before pregnancy takes place.

I’d been driving down a West Texas highway on my way to Marfa, the breeze blowing through my rolled-down window and Neil Young’s After the Gold Rush on the CD player. My family had all lived in West Texas originally, but these ancestors had passed on, and all that was left of their impact were old fences and dilapidated homes. The land, however, is forever infused with their spirit, and it has always called me. I sense them in every feature in the landscape and each desolate country road reminding me of the lives they lived and the paths they carved that would shape my existence.

I drove over a hill, and in the flat terrain of the desert, I could see the vast horizon in front of me. A beam of sunlight caused my eyes to blur. I pulled over to get my focus back, and in that very moment, as I reached over to roll up the window on the passenger side, a crystal-clear vision hit me. A young brown-haired girl around the age of seven was reaching her arm out the open window of a pickup truck, driving down the highway, her fingers extended as if she were weaving the air between her fingertips. Cool evening air spilled in, and majestic sunset skies lit the backdrop. She looked over with a large yet thoughtful smile and said, “Hi, Mom.”

She was speaking to me. I had experienced a premonition.

It was a visitation from the future that was so powerfully real, I could not doubt it for a moment. I knew then and there, from the gravity and beauty of that vision, that some part of my life trajectory had already been mapped out. I felt this, even at the age of 17, when I was in some ways more uncertain than I’d ever been at any other point in my life. I had just brushed elbows with my future daughter.

It was early in my life that I realized I was sensitive to unseen forces. So this was not my first experience of “energetic” beings. I had felt them from a very young age in the form of angelic beings and Earth spirits. Children interpret the world and its mythologies through imagination. This magical realism can be the best part of childhood—it can also be overwhelming and sometimes scary.

After my father retired from the military when I was five, he wanted to return to spiritual work and became a Baptist missionary and preacher. My family was uprooted from the officer’s quarters at an army base in Maryland to move to a small town of 2,000 in West Texas. The change was hard on everyone. I had developed very severe asthma (an affliction that is commonly known to affect people with deep psychic abilities) at age two, and the combination of environmental factors and the stress of the move exacerbated my symptoms. I spent many nights wide awake, unable to breathe and just thinking, feeling, and interpreting the empty room around me.

A year after the move, I woke up in the darkness to the sound of someone whispering my name. I awoke to that liminal space half between waking and dreaming, to the shadow of a figure at the foot of my bed. I was not scared as it said to me, “Julie, do not worry or fear, there is a plan for you in this life. Rest.” The next morning, I excitedly told my parents that I had been visited by an angel. They listened and believed me, but also did not make very much of it—at least that’s what I thought. Thirty years later, my father gave me a torn-out piece of paper from his journal. “May, 1984, Julie visited by angel. Told her to not worry that she had a destiny. What a special, sensitive and intuitive daughter I have…” I keep this note framed on my desk next to pictures of children that I helped shepherd onto Earth over the years. It reminds me to trust in my path.

All of these experiences were a bridge to what I considered my intuition. I experience intuition as a blended composite of thoughts, dreams, and impressions—which, when interpreted, can be difficult to decipher. I also connect my own personal impressions with that of a universal consciousness that is recording the history, actions, and events of everyone on Earth. There is, additionally, another universal consciousness that is constantly recording the psychic and energetic imprints of all sentient beings. When asking where our visions come from, it is essential to remember that both of these mentioned records influence the answer greatly.

What I felt in the experience of seeing my future daughter is that I was tapping into something much larger than my mere personal knowing. And while I already knew that existence was much bigger than what I could experience with my five senses, this visitation changed everything for me. It was my first encounter from a future spirit who had not yet chosen to be born, let alone decided that it would be indelibly connected to me as my birth daughter.

It is sometimes difficult to wrap your rational mind around encountering non-material energy, mostly because we look to others to determine if what we experienced was indeed “real.” Much of what is determined to be real is a social agreement. Many gifted intuitives lose their voice and path due to fear of not fitting in, or even worse, a type of persecution and judgement. Unfortunately, the intuitive wisdom that they can share is sometimes lost, and we end up in danger, as we are now, of losing our access to the universal records of wisdom, as well as intuitive and emotional intellect—all of which can empower you to advocate for not only ourselves but for our children and all other human beings.

What I have developed in my upcoming book Spiritual Fertility, Hay House, July 2019 is teachable. And while I have honed, practiced, and perfected my own psychic gifts over the years, what has become clear to me is that we each have the capacity to trust and cultivate intuition. The following chapters will share how to work through the traumas and filters, which keep you from trusting in the unseen and energetic. And even more powerfully, I will show you how this connection has the power to improve your fertility.

I'm a successful holistic doc and author and I am a feminist.