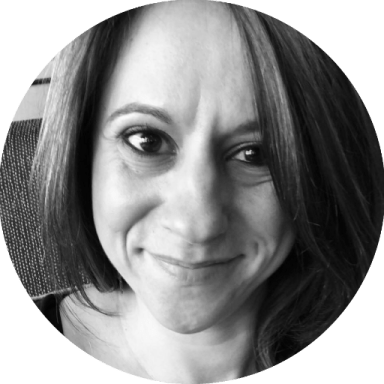 They abandoned her when she needed them most. They offered a surface apology and said they wouldn’t do it again. They pretended everything was fine, showed her affection when she was in front of them, continually showed up in her life. But loving and supporting the person she is? They were (and are) incapable.

They don’t want to know her heart, her hopes and dreams, how their words and actions have hurt her and shaped so much of her life. How she still cried when she talked about it. They didn’t want to feel the pain, so they didn’t want to hear about hers either. It was better to just keep moving forward, pretending that none of this had really ever happened. That way they didn’t have to feel bad about what they’d done to her.

But she still felt bad. She was still sad so much of the time. And more than that, she’d lost her ability to trust people. She kept herself closed off, never letting anyone in too far now. Knowing being real meant showing the pain. And she wasn’t ready to open that can up again. She laughed, she smiled, she made others laugh and smile. It was easier than talking about the pain. And no one knows what to say anyway, so she might as well keep it to herself.

She’d open herself up again just long enough to start to feel vulnerable, only to be hurt or betrayed again, the lack of true love and support ever-present.

So she’d go back to walls up, moving through the day one step at a time.

It’s not how she wanted to be, but it’s what she chose, because it was easier than feeling the hurt come in waves unexpectedly. But then, if we’re being honest, it still came in waves just the same, only this way it was only her burden and she could push it down all on her own.

It makes people uncomfortable to see someone hurting from an act that, though terrible, happened in the past. Not because they believe she should be past it herself and healed by now, but because it means the hurt they’ve pushed down is still there, too. It means they might still be just as affected by their own personal betrayals and mistrusts. And they’re not ready to face that.

But what if we all stopped pretending we’re unaffected by the pain in our past? What if in order to rise, we have to face that pain head on? What if owning the pain, that we’re not okay, helps us finally start to feel okay? As thinking, feeling people in this world, we heal by speaking and doing. All of us.

The past doesn’t define us, it is a part of us. A part we can’t deny, no matter how jagged and rough around the edges it might be. It’s lasting effect is undeniable. It shows up whether we want it to or not, and pushing it down doesn’t make it go away. Working through it and making a different choice for our future is the only way the wounds of the past become scars in our present, healed but creating a permanent change inside and out.

I am a Relationship Advisor & Justice of the Peace for nontraditionals