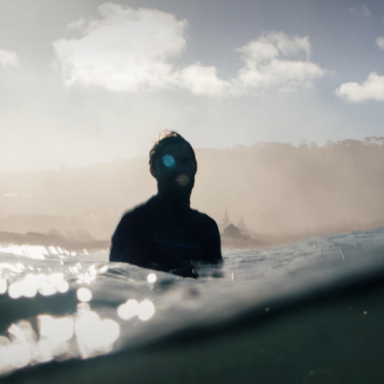 What are women doing when they excuse themselves to “freshen up” before getting down? I’ve literally always wondered that, and here are 16 women with 16 slightly different answers.

Like everyone else said just making sure it’s all good down there. And occasionally taking off unflattering underwear and stuffing them into my purse. — Walking_cat2015

Baby wipes. Unscented aloe kind. No smell no taste, basically I’m rubbing down my bits in case your face comes near them. — darthliki

As most are saying, freshen up the nether regions. I also pee before, and then chug a decent glass of water, to ensure I can also pee after (don’t want a UTI).— 2month_grammy

Brushing my teeth and having a hooker bath, which consists of washing important crevices and maybe a last minute shave.— kt_zee

Depending on how my hair is done that day, securing or unsecuring that. Wiping my lipstick off, inspecting my trapper keeper for any errant files.— nancydrewskillz

Wiping my vag. eating a mint. redoing my lipstick and pulling pants up and shirt down to emphasize my assets lol— Eris_____

Apparently I’m the only woman who is taking off her Spanx and shoving them in my purse.— xoxotrouble

Making sure there’s no scraps of toilet paper down there, don’t want any clitty litter ruining the night. — pretzelbutts

Use the bathroom, fix my hair/make up, adjust my clothes, rinse my mouth out or even brush my teeth if I ate stuff with garlic or something.

Also yea if I haven’t showered recently ( within the last few hours) I would wash my downstairs area (and maybe my armpits too cause I’m super paranoid about being smelly, even if I put on deodorant) :x— anniespantiesxx

Pooping or peeing. If I feel like I have to “go to the bathroom” during sex I can’t orgasm. Period. I can’t relax because I’m tensing up about it and if I do orgasm I’m paranoid I’m gonna shit and piss all over you.— xoxomissc

Depends on how enticed I am with the guy. I’ve been turned on enough, just from making out leading up to the act, that I’ve dampened the crotch of my pants… so it’s a good idea to clean up ground zero so it doesn’t look like a water bomber crashed into it. Visually it’s presented nice, and then later he realizes it’s a splash park.— Blitzkrieg_My_Anus

Letting out a fart and airing out my panties real fast so when he pulls down my pants he doesn’t think the smell is my crotch instead.— Kreos642

If I’m dead-set on being a sex goddess that day, I take a shit if I have to, wipe down the bits (the butt too!) and make sure I didn’t miss any spots shaving. Now that I’ve been with my fiance for six years now, I don’t do any of these things unless I’ve set out to do it beforehand. He’s cool with me not shaving for two weeks or plowing me right after I’m sweaty from the gym. As long as I don’t have like, dingleberries or anything he’s fine.— GhostBeefSandwich

Maybe men should start freshening up too?

10 Beautiful Benefits To Not Wearing Makeup