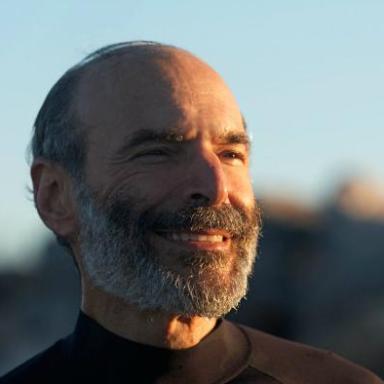 Have you ever had a moment like this? “No. Way. I do not want an STD. Please don’t let this be an STD. I’m not one of those people who gets something like that. What will my partner think? Will anyone want to be with me again?”

If you’re like most people, you either don’t want to even consider the possibility that you could get a sexually transmitted disease, or you’ve probably been exposed to one: Herpes. Here are some things you might not know about Herpes and cold sores.

Herpes type 1 and 2 are common viruses that affect a surprisingly large portion of the population. Up to 90 percent of us have been exposed to the herpes simplex virus at one time or another. These little buggers are transmitted by direct contact with open sores or with fluids from the mouth (type 1) or genital area (type 2).

2. Transmission Of Herpes Or Cold Sores

Transmission (actually contracting the disease) is most likely when the other person has active lesions. However, it can occur without symptoms as well, meaning you can get it from someone even if they aren’t having an outbreak. Once you’re infected, the virus inserts its actual DNA into your DNA, in the nerve ganglia, innervating a particular area of your skin. Then, upon certain stresses or trigger events, the outbreak occurs in that area.

3. Trigger Events Can Include:

These triggers typically occur a few days before the appearance of an outbreak, although that time may vary according to the severity of the stress. It’s almost as if the virus is content to quietly live inside you indefinitely, but if it thinks the ship (you) is injured and about to sink, it wants to jump ship and spread itself onto another human ship.

4. Appearance Of Herpes Or Cold Sores

Typically, herpes appears as a group of tiny blisters with such thin walls that they burst in a day or so leaving a group of 1-2 millimeter ulcers. There is often an itching or burning sensation just before and after they appear.

5. What To Do If You Already Have It

If you already have herpes, you can often tell when an outbreak is about to begin by itching, pain and even redness in the area. This is the time when you still have a chance to stop it. The anti-herpes drugs like Acyclovir, which you can get with a prescription from your physician, are most effective.

6. What Is Lysine And Does It Work?

Lysine is an amino acid that appears to inhibit the virus, according to a number of studies and population studies. The medical literature has gone back and forth between studies that show the benefit of lysine and those that show it doesn’t work.

It appears that an amino acid called arginine stimulates the growth of the herpes virus and competes with lysine. Arginine is an amino acid that’s abundant in grains, nuts and chocolate. So, people who eat a lot of those foods sometimes have a problem with more frequent herpes outbreaks.

Taking extra lysine, especially after eating a lot of high-arginine foods, helps some of those people avoid outbreaks. I have definitely seen this with patients in my practice. The amount of lysine needed varies from 500 mg/ day to 1000 mg 3 times per day, or even more.

It’s important to identify the events and exposures that precede your outbreaks that may act as triggers, and begin to remedy them or get help in doing so. It’s important to have a skilled practitioner work with you to help you identify and remedy your triggers.

Read this: Holistic Approaches To Living With Herpes
Read this: My Boyfriend Gave Me Herpes — And The Devastation Was Near-Crippling

Dr. Alan Dattner has been a pioneer for over 30 years in integrating nutrition, dermatology, Applied Kinesiology, and ...

7 Things You Need To Know About Creatives

5 Things You Should Know About Living With Your Partner