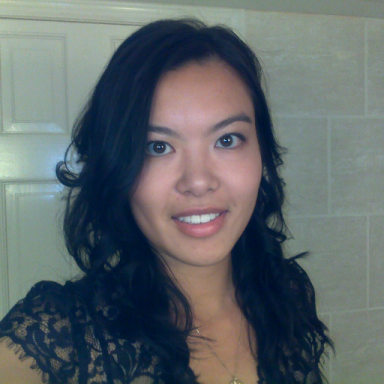 He did you a favor walking away when he did and the way he did it. He completely blindsided you and made an unilateral decision without respecting your relationship enough to allow you the dignity to discuss it like mature adults. In a split second, all of your future plans faded away like a puff of smoke and you were left with all the memories. He was a coward and an asshole and honestly, you deserve someone better than that.

I know for a while, there you were, picking up the pieces and getting your life back together despite being in a lockdown. You started to smile and laugh again and you were able to make plans to see friends and family. It seemed like the sun was beginning to shine again, but he selfishly decided to reach out. I don’t blame you for having that conversation with him and I don’t fault you for wanting it to turn out differently than it did.

He has never, ever, apologized for his behavior. And he won’t. Even when time passes and your heart softens again, you owe it to yourself to remember. Remember the hurt he caused by his callousness. Remember the anguish you felt when you were discarded like yesterday’s trash. Remember the flippant way he thought he could waltz in and out of your life under the masquerade of a “friend,” as if friends would ever dare to treat you as poorly as he did.

I hope you remember the nights you stayed awake, unable to sleep while thinking about him and wondering what might have been. I hope you remember all the tears you shed for him because you wished so badly he would change his mind and be that magical being you fell in love with. Made plans with. Saw a future with.

But he is not.

But you know what?

He taught you so much about yourself in the aftermath of this relationship. He taught you the necessity of boundaries and how to enforce them even when your default is indifference. He showed you how strong you really are all those times you felt like you would die from the heartbreak but woke up each morning feeling a little better and finding it a bit easier to breathe. He taught you how to be less polite and more direct with expressing your wants and desires because you refuse to be walked all over. He taught you to fight back because you had to. To defend yourself against him. The monster who broke your heart.

And I am so proud.

I am so proud of you for the progress you make every single day. I am so proud of the way you handled yourself during the breakdown of this relationship. You handled every aspect with such grace and dignity, even when he didn’t deserve it. Until the very end when everyone was fuming on your behalf, you still maintained that him acting like a petulant child reflects more on how hurt he is rather than on how much he hurt you. You refused to be the victim in the narrative; you are always the survivor.

If you ever forget:

You are magic, strength, and grace. You are so full of light and kindness that even strangers you meet in passing recognize this and gravitate towards you. Love radiates from you and envelopes everything around you in warmth. The ease with which you express yourself to your nearest and dearest is breathtaking, effortless, and timeless. You are refreshingly honest and blunt, and we always know where we stand with you. To know you is to love you, and I can’t think of anyone more deserving of all the joy life has to offer.