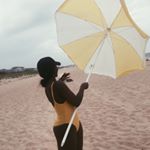 When it’s real, and you’ve been through so much already, you’ll question if it’s real. You’ll find your eyes tracing the outline of their body, your fingertips gently grazing their soft skin as they sleep, and you’ll wonder, “Do they even exist?” You’ll take a break from your eating to gaze into their eyes and start a mental imagined journey of what could be and what will be and you’ll see the same sparkle in theirs. You’ll notice the way they close their eyes and give a shy smile when you tell them how proud you are of them. The giddiness in their step when they’ve had a great day after a challenging week. And you’ll think, “What can I do to make this day even better?” because you believe their happiness should have no limits.

When it’s real, their presence in your life will be a catalyst for uncovering the parts of you that you’ve ignored for the entirety of your existence. They’ll see you get defensive during an argument and notice the underlying sadness and fear that causes it. They’ll be able to look in your eyes and notice when you’re overthinking the question they asked you just five minutes before. They’ll notice the pause you take when you exclaim “It’s fine,” and they’ll know it’s not. And you aren’t. And while they’ll see this as a cry for help and give you the love that you’re too proud to ask for at the moment, they’ll also remind you that communication is essential and gently push you to make sure you’re always being upfront with them. They’ll look at you and see right through you. And all of a sudden, you’ll begin to learn new things about yourself.

When it’s real, you’ll notice the slight change in their mood when they think about a time you (unknowingly) made them feel unloved. You’ll ask them what’s wrong and they’ll tell you it’s nothing. But as soon as you ask, you’ll know exactly what is wrong and how it made them feel. You’ll immediately jump to explain why you didn’t mean it. But when it’s real, they won’t want the reasons/excuses. The only comfort they’ll be seeking is a genuine apology for your inability to recognize your fault in the moment and action that shows your willingness to make it up and never let it happen again. An acknowledgment of your imperfection, rather than of their misunderstanding of your actions.

When it’s real, you’ll begin to grow and laugh at societal relationship expectations. There won’t be any specified roles. It’ll become less about who does what and how many times each person does it and more about just making sure each person is taken care of. You’ll scoff at the thought of “keeping score” and “being even” because you’ll both show that you’re willing to do just about anything (within logical reasoning) however many times for the person you’ve chosen to do life with. It’ll become less about you. It’ll become about holding yourself responsible for your own thoughts and feelings while still fulfilling what they need from you as a partner. You’ll reflect on past conflict and try to pinpoint what you did wrong so that you don’t do it again. Because you’ll want to be the best version of yourself every day when it’s real. You’ll both will transform into self-reflecting individuals that acknowledge their faults gracefully and take criticism with love, knowing that they only want the best for you.

When it’s real, it’ll take personal growth from you both, a willingness to admit your flaws and toxic traits and a continuous, lifelong pledge to work on yourself, but still remain yourself.

When it’s real and you’ve been hurt before, you’ll question it at first. Sometimes you’ll think about running from it, because seeing the good, bad and ugly things in yourself, and the person you love, is scary. Other times you’ll wonder how you could deserve something so pure, and yet raw at the same time. But when it’s real, you’ll commit a journey of love, partnership and transformation because it’ll feel like home.