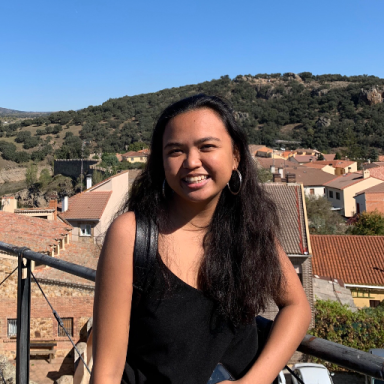 When I was 17, I wanted to learn how to play basketball, but I quit after months of practicing and still not getting good at it. I was told the reason it was hard for me to learn was because it was “too late.” A friend of mine stopped drawing and painting after her work was criticized for not being artistic enough. My cousin once dreamt of making music during his spare time, but his parents wouldn’t allow him—they said he should use his free time to do something more productive because “there’s no money” in music.

In this day and age, our generation has been programmed to be good—nay, excellent—at everything we do. Whether it be school or work, we should be efficient. There’s nothing wrong with efficiency when it comes to serious issues, I guess. With efficiency comes money, and money makes the world go round—it puts a roof over our heads, a meal in our stomachs, and pays our bills. But the thing is, we’ve become so engrossed with the idea of money-making that we now believe the capitalist lie that we should only be satisfied with the stuff we do if we can earn from it.

And when I say everything, I mean everything: passions, hobbies, and other interests. This is where we should draw the line. The primary goal of having a hobby should never be to monetize it. Even though we are always dictated by the norm that our interests should only be enjoyed when it can lead us to a few bucks, it should not stop us from doing what we’re passionate about.

This might be a bit of a cliché, but it has to be said again for the new decade: money isn’t everything. Yes, your hobby could be used as a side job or a money-making enterprise, but that isn’t all that it has to offer. Passions shouldn’t be seen as a side hustle because this just makes us even more scared of doing things that we’re not immediately good at. On the contrary, we should continue doing them because it’s fun and it makes you relax, because it brings you joy and peace, and because it unleashes your creativity.

My wish for this year is to try basketball again and continue sucking at it as long as I don’t harm anyone. I hope my friend rediscovers her dusty old paintbrush and canvas she has hidden in the far section of her stash. I wish my cousin could pick up that guitar he hasn’t touched in ages and maybe play a tune or two.

Who cares if you suck at sports, sing off-key, or write badly? Remember, you are not a product or a machine that has to function at its best or pass some gruelling quality control test. You are human. Your life is more than just a stupid money-making scheme. Enjoy the little things—hobbies included! Life is meant to be enjoyed.

This year, it shouldn’t matter whether or not you’re good at your passion. Don’t hurt anyone, do what you love, and do what makes you happy.

Thoughts are meant to be immortalised, so I’m writing them.