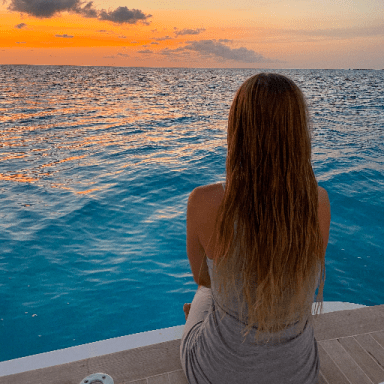 When I was a little girl, I was read to from a book of fairy tales. I watched movies where a princess was kissed by a prince and life magically became better. I dreamed of a boy who would think I was the prettiest in the town and would pick me of all the other girls to be his favorite. I viewed romantic comedies as truth, as a way of life that held no exception. It was just so. Every guy loves a girl and every girl’s lucky to be loved by a guy. And if you’re beautiful, charismatic, and favored enough, you’d be good enough to be chosen.

Then I grew up. I became an adult who innately challenged the process though pridefully still wanted it to be true. I discovered that it’s not like in the movies. Men are far from being princes; they aren’t waiting diligently for their princess’ hand. And life‘s no romantic story. Life is tough. Damn hard. It requires loss and humility, which beats your heart like a punching bag just to make it withstand more of the same. It’s not what I believed as an innocent child, and I fought with rage against the opposing of this belief system that I fondly romanticized.

Yet I grew up and grew stronger with every hit to the heart. I learned what love really occupies: the protectant boundaries, arguments, vulnerable conversations, nights of empty cries for more tenderness and the aftermath of silence that usually ensues—all of the darkness that helps contrast the light. We can’t have perfect love; there’s no such thing. The love in a fairy tale is what humans were brainwashed to search for. The real love of life exists not where we’d think to look, yet we are destined to stumble upon it when truly ready.

It’s found in the hardships, the adversity, the sorrows, and the brokenness. It’s uncovered during the painfully joyful process of loving someone else. It’s all part of life’s journey from unlearning what we’re told and finally believing what is actuality. It’s what we should’ve known all along: True love is the love you will curate for yourself. It’s the birthplace of the deepest kind of connection possible after enduring multiple waves of sadness that’ll pummel you shattered. It’s the hand that holds you when you’re on your knees asking for mercy. The one precisely there whispering in your ear right before your awakening, that moment you realize, damn, it was me all along. I am my own savior. I am the only one able to rescue me now and create a love like no other can.

And so the real hero of the story was never a prince—the mythical prince was but a catalyst, a mere character with no relevant script. It had always been the princess herself. It’s just that the fairy tales left that part out so you’d discover this for yourself through courageous ways. It was the only way you’d feel it truthfully.

After all, who wants to learn the ending to a really great story anyway? Especially when it has only just begun.

I work abroad, sailing the seas yet I’m deathly afraid of drowning.