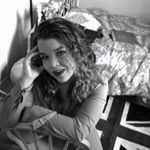 I am absolutely sick and tired of women having to open up old wounds, dig deep into their history as women, and be vulnerable on social media, the news, and in protests, in order to prove that we are human beings deserving of the autonomy of our own bodies and rights.

I was born on March 27, 1999, at 12:25 p.m. in Canada. My parents had a happy, healthy baby girl. I have grown, and will continue to grow, into a strong, independent woman with educated views and opinions. I am currently pursuing a diploma in journalism studies, as well as taking courses on women’s health and women’s studies. I consider my intelligence to be my most valuable asset. After I leave college, I want to pursue an education as a writer and menstrual wellbeing educator. I eventually want to get a PhD in human sexuality studies. I am deeply interested in the functions of the human sexuality and reproductive system.

With all the knowledge and education that I have on reproductive health and women’s health studies, I would NEVER claim that I should have any say on the rights men have to self-govern their own bodies. If a man wants a vasectomy, he should be able to have a vasectomy. If he doesn’t want one, he shouldn’t be forced to have one. Men should be able to decide what happens to their bodies for themselves.

Because I am a woman with a uterus, ovaries, a vagina, and a vulva. Why should I have the right to make judgements on what men do with their testes, prostate, penis, and so on? I shouldn’t. And by that exact standard, men shouldn’t have the right to tell me what to do with my reproductive system either. Full stop, end of story.

Why should a woman not be able to make the decision to terminate her pregnancy? Why is it that a recently fertilized egg has more rights that the woman who is harbouring it? If a woman is raped, if her child was conceived through incest, if she doesn’t feel like she’s ready or capable of being a mother, why does anyone think they have the right to force her to carry that pregnancy and have the child? It’s not fair to the women in question, it’s also unfair to bring a child into a situation where they are unwanted.

There are multiple reasons a woman may not want to have a child. She could be financially unstable. Or already have the maximum number of children she can financially, emotionally, and physically support. She could have a condition such as adenomyosis or be HIV positive, both of which make pregnancies high risk for both the woman and the fetus. She could be living in unsafe conditions, such as one where domestic abuse is present, or her country is facing political unsettlement. She may not feel ready to be a mother because she feels she’s too young. Or she may be too young to physically carry that child (there are multiple cases of girls as young as nine being abused and falling pregnant in the USA alone). Carrying children while you are still a child yourself leaves you open to a world of complications and long-term health problems.

How are we forcing people that are too young to legally drink alcohol, drive a car, or vote in an election to become mothers? How are we forcing grown women with no interest in becoming mothers to have children? How is it ethical that a woman generally has to be over the age of 32, have children, and in some circumstances, her husband or partner’s consent, to have her tubes tied? Meanwhile men are allowed to get a vasectomy of their own accord. How is it alright that women’s bodies are inherently political and are constantly used as a bargaining chip in campaigns and debates? Why do men have the right to police women’s bodies, when women generally have little to no interest, or say, in what men do with theirs?

I do believe that men should be able to become a parent if they want to. To those men who want to become a father, I suggest adoption. According to UNICEF (The United Nations Children’s Emergency Fund) there are roughly 153 million orphans worldwide. Every day, an estimated 5,700 more children become orphans. There are children out there living in poverty, who have been abandoned or put up for adoption. Whose birth parents have died. There are so many “unwanted” children in the world; why introduce another one?

The thing about restricting a woman’s access to abortion is that it won’t stop women from terminating pregnancies. We’ll take a step back in history. Women will again begin to throw themselves down stairs, swallow bottles of pills, and fish through their vaginas with wire coat hangers—possibly causing damage to the vagina and internal organs—in order to terminate pregnancies. Women will kill themselves to get out of having a child they don’t want. This is what happens when we allot an unborn fetus the rights that we righteously deny the woman carrying them.

This is the danger that politicians inflict upon society when they ignore the history of mankind and instead focus on their own religious, political, and personal beliefs.

This isn’t about being pro-choice or pro-life. Because you can be pro-life and be a good person, just like you can be pro-choice and be a good person. You are freely entitled to your own opinion, and in some places, you are also entitled to freedom of speech. You are allowed to have and follow your own beliefs. If you don’t approve of gay marriage, don’t have a gay marriage. If you’re racist, then keep to yourself. And if you don’t approve of abortion, don’t have an abortion. However, your personal opinions on things should never prohibit another person’s rights to theirs.

A lipstick addict with endometriosis and a dependency on tea.