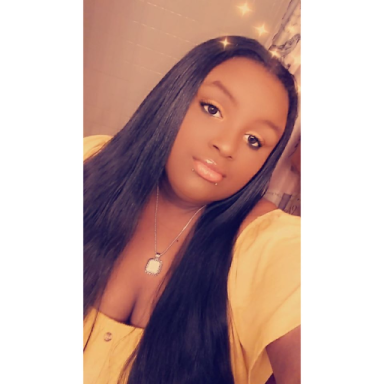 After being raped, I did everything I could to forget about it. To erase him, but that was almost impossible considering the fact that I was only 14 and he was my cousin. I avoided family events, reunions, and road trips back to my hometown; I even avoided funerals because I knew he’d be there.

After being raped, I showered multiple times to wash the stains of him off of me, to wash the dirt, the blood, the tears and the rain off me, but I still felt dirty, unwanted and unhinged. I barely spoke after that. I became mute for a while, I rarely ever left the house, I refused to go back to church because surely there I’d be cast away too. I stayed locked in my room most of the time in my own solitude.

I knew that my faith and my ability to believe in God was being tested, and I caved into it. I believed that God never loved me to allow something as horrible and terrifying as this to happen to me. Did he?

I erased him from my phone, I avoided him whenever I saw him in public, I blocked him on Facebook, I did everything I could to erase him, but I never could erase him from my nightmares. He was always there

After a year passed, I decided to open up to someone about it. I remember telling my brother, and my brother told my mom without my consent. I felt relieved being able to get that off my chest, but I also felt betrayed because I knew how this was going to go.

Then one day I came home and he was sitting there with the rest of my family, laughing, smiling and acting as if nothing happened. I remember locking eyes with him and how I could literally feel a panic attack coming on. What hurt even more was that everyone in the room knew what he had done to me. He got up and hugged me, whispered that he loved me, and in that moment I felt trapped. I wanted to scream but my body was frozen, and I felt disgusted again.

I was disgusted with myself, my family and him.

I felt betrayed, and every memory of what happened to me came crashing back into my head. All that confidence I gained within that whole year quickly washed away.

The whole heartbreaking scene played over and over in my head. The way he held me down, told me how much he knew I liked it; how he took whatever confidence and piece of me I had left and took the one thing away from me that was mine to give. He took EVERYTHING away from me, and here he was with MY family, smiling in my face, trapping me again.

It wasn’t about the fact that he took my virginity away from me (that was only part of it), it was about the fact that I could barely even let anyone touch me. I don’t really like hugs anymore because I feel suffocated and caged. When it rains it bothers me, because that’s all I heard when he degraded me. I can barely let anyone in anymore because it would require me trusting them, and it’s so hard for me to do that. I can’t really trust family that much anymore because he was family at first, and I thought I could trust him.

My family hurt me the most, though, because they knew about everything and still allowed him in our home, making the safest place for me not feel safe anymore, allowing him to hug me and even go as far as kissing me on the fucking cheek and rubbing me on the back. No one said anything. That may not have been much to other people, but that was so heartbreaking for me.

I hate the fact that I feel unworthy, unloved and unwanted because of him and what he did to me. I hate that at any moment of my day, even when I’m happy, what he did could cross my mind and all of that happiness would disappear.

Now I’m 22 years old and still dealing with the repercussions of what happened to me. My emotions still get the best of me sometimes; the only difference is I see my beauty now. I see my worth and how much my ability to love has grown, but I am still a woman of wounds. The only difference is I now have a husband who helps me on the bad days.

He reminded me that if someone can love a dying thing this way, can hold the weight of my problems and my body and give thanks to the way it holds back, I am enough.

A writer that sees beauty in everything