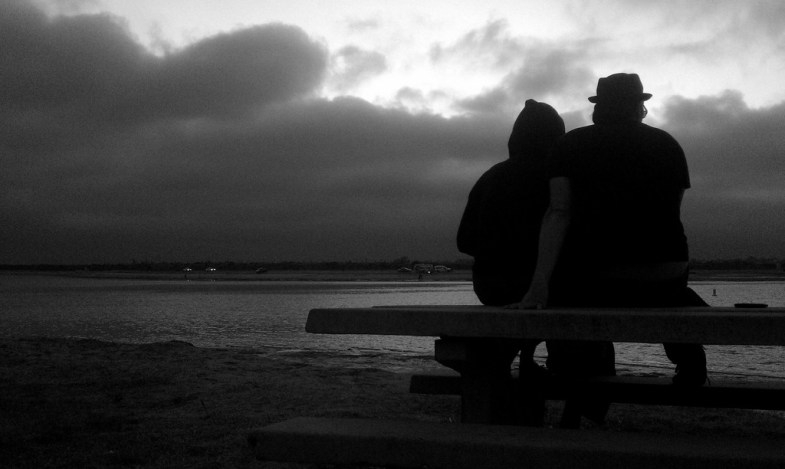 Months ago, my best friend and I were having one of our tri-daily discussions about men. A recent “flirtationship” of mine had just crashed and burned, and she was knee-deep in a new relationship with an old acquaintance. Learning (the hard way) to be cautious, she was actually asking me for advice about a concern that she had. If she’d taken my advice, it might have saved her several months of drama, heartache, and pain. However, I don’t know a woman alive – besides myself – who’d take the advice I gave her.

The evening prior, she’d posed a hypothetical question to her new guy: “If something were to happen to me, where I was paralysed or physically disfigured, would you stay with me?” He responded honestly without any hesitation: No.

Physical attraction was too important to him, and the life changes involved with caring for a disabled significant other were too much for him. Personally, I have no problem with that; to each their own. My best friend, on the other hand, believes in unconditional love through thick and thin. She feels a life-partner should stand by you, regardless of your appearance or physical challenges, but she really liked the guy. So, she asked me what she should do…

When you date with the intention of someday marrying, you’re searching for a life partner. Much like interviewing candidates for a business partnership, you want to choose someone with similar interests who will help push your union toward success. She asked him an interview question, and he gave the wrong answer; he should have been disqualified as “not a good fit for her company”.

We hear about people breaking up all the time because of cheating, lying, violence, disrespect, and many other things. But how many couples disband because they just don’t fit together? Think of how many couples fuss and fight for years until everything falls apart. (Rather, until something big enough happens to justify them splitting up.) Is it too harsh to say: “I like you, but I’ve decided to go in a different direction”? Or are we so uncomfortable being single that we’ll put up with incompatibility?

Accepting an incompatible partner is counter-intuitive. If you’re looking for “‘til death do us part”, you can’t settle for “‘til I can’t take it anymore”. Instead of seeing forever in them, you’ll be staring at the giant expiration date over their head.

Treat relationships like a business. No company wants to hire a COO or Vice President they’ll have to fire in a few months. Take the time to develop criteria, perform a thorough interview, and hire someone for the long haul. Termination isn’t fun for anybody.