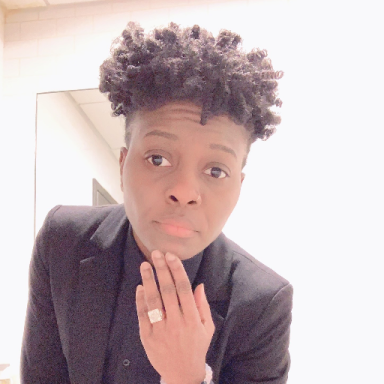 Everything in life is a decision. Whether it’s small and inconsequential or life-altering, it is still a decision. You are the sole person responsible for your life. Your life is defined by the thoughts, decisions and actions you take every single day, week, month and year.

A decision is powerful, because with them comes an aftermath. An impact, if you will – sometimes subtle, and other times more frightening and profound. Making a decision can alter the course of your life, so it’s naturally understandable that you’d want to get it right by making the best decision for your life.

The problem is that sometimes, we are so afraid of getting it wrong, we end up not making no decision at all, or we leave it up to someone else to decide for us, and in doing so, we can sometimes miss out on an incredible opportunity. Also, keep in mind that not making a decision is a decision in itself. Making a decision, specifically a hard one, can be really important and impactful for your growth and development, whether in your professional or personal life.

F.E.A.R (False Evidence Appearing Real) – this is what is really stopping us from making a decision. It is the fear of the circumstances that can derive from those said decisions. Research has shown that making a decision quickly leaves little or no room for confusion, doubt or worry. When you make a decision quickly, you aren’t spending time calculating and overanalyzing every likely outcome. Your mindset immediately goes to a place where it is already following through on that decision, and as Will Smith says, “When you make a decision, the Universe immediately conspires to bring that decision to reality.” You see, once a decision is made, you’ll find it’s sometimes much easier to follow through on the next steps, and the next, and so forth, because you’ve simply decided and your mind now knows what the next logical thing should be. Even if it doesn’t, it’s a natural human trait to ‘figure it out.’

Some people may argue that making an important decision shouldn’t be rushed, and in fact should be well thought through. I think the only thing that needs to be well thought through is whether or not this thing that you have to decide on is worth committing your time and energy to. Because in reality, whatever concerns or questions that you may have at the initial stage of making a decision, or indecision, they ultimately will answer themselves along the way if you’re committed to the process of seeing whatever it is to fruition. It doesn’t matter what that thing is, whether it be an improved bodily condition, a changed behavior, a new work environment, or an improved relationship – the Universe is always conspiring in your favor.

Jack Canfield came up with what is known as The rule of 5. This rule suggests that after you make a decision, you should commit to doing 5 things each day that will bring you one step closer to that goal or desire. With that being said, I do believe also having an accountability partner is another way to also ensure that you stay committed to your decision in the moments when you’re feeling less than inspired or motivated. Spend time 10-20 minutes each day talking about your goals as if you’ve already achieved them, make the time to mentally sit and visualize yourself as the person you want to be, and tap into the emotional benefactor of how you would actually feel once that goal is accomplished

My advice is to get clear about what you really want. Don’t choose something just because you’re supposed to. Keep in mind that doing something trumps doing nothing, and practice being decisive and trusting your intuition. Decide, right here and right now, that you are already living out your dreams and goals. You’re simply waiting for your reality to catch up!