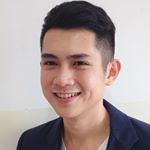 We love to think we’re living in a fair environment and everyone gets ahead at the same pace. At the same time, we assume that we all start from the same starting point and play by the same rules.

Unfortunately, the truth is that we don’t.

Even many hundreds of thousands of years ago, when humans were living in a linear environment, some of them got ahead faster and better than others, while some got left behind and ceased to survive.

Life is a game of leverage. People who are successful in any area are the people who have and use leverage well.

In fact, the most successful people are good at spotting these leverages even when no one sees it, or even better, have the ability to create their own leverage.

Out of all the leverage you might think of, here are four you should develop to win the game of life.

The first leverage that most people don’t realize exists is the power of courage. You can make a huge impact even when you only practice a tiny dose of courage every day.

It takes courage to get started and get things done, especially when it’s about doing the right thing and hard work.

Steve Jobs took the courage to eliminate 70% of Apple’s products so they could focus on the quality and innovation of the Macintosh when he got back to Apple in 1997.

After selling PayPal and receiving $165 million in profit, Elon Musk took the courage to invest all of the PayPal proceeds into Tesla and SpaceX.

Doing the right — and often hard — thing requires courage. Unfortunately, many people don’t have it, and that’s why it makes a huge difference for you to practice even the tiniest dose of courage.

The leverage of courage is not only useful for people who want to change the world.

Think about the small goals you have. It could be charging your clients more based on your worth, proposing to your girlfriend who you’ve been dating for seven years, or starting a side hustle with a full-time job.

You will need the courage to take the first leap and turn them into reality. In fact, the key is to start by taking small risks and making more vanity mistakes (something that even when you fail, you’re okay).

This way, you get to improve your confidence slowly and get used to leveraging courage to accomplish what you want in life.

Leverage of Knowledge and Wisdom

I bet you’re aware of the leverage of knowledge and wisdom. In fact, most people value knowledge way more than courage.

Indeed, what you know makes a huge difference. Depending on what you do and the stage of life you’re in, you need to learn different types of skills and knowledge to stay relevant and valuable to other people.

With the abundance of information and the ease of accessing them today, there is really no reason and excuse to not actively learn something new.

Learning is what creates a sense of progress and fulfillment in our lives. On the other hand, it’s also important for you to take action based on what you know.

Knowing is knowledge. Acting on what you know is wisdom.

To win the game of life, keep an open mind and adopt continual improvement. Always strive to extend and expand your knowledge, and at the same time, practice what you know to turn it into wisdom.

The more I learn from both successes and failures, the more I realize how relationships play a huge role in our lives.

Developing strong relationships with successful and kind people around you has proven to be a crucial leverage both at work and in life.

Professionally, good relationships open up rare opportunities and get you ahead of the game. In many cases, your network is truly your net worth.

Intellectually, having a group of top performers around can push you forward. You’re the average of the five people you associate with. The dynamics of immersing yourself in a circle of high achievers will transform your mental frameworks and change your behaviors.

Personally, good relationships make your life meaningful. In fact, it’s my ultimate goal to do the work that I love with the people who I love working with.

To build a strong relationship with other people, focus on contributing instead of getting — in a win-win manner. While doing so, always be honest and stay transparent to build trust.

The final leverage is time. Now, you may be wondering: “Everyone has the exact same amount of time. How is that a leverage?”

Time is a leverage because everyone uses time differently. On the surface, people who use time wisely are likely to get ahead in life.

For example, some master the Eisenhower Matrix to spend more time on important tasks instead of urgent tasks and learn how to get more done in less time by overcoming procrastination and distractions.

However, the true power of time is that it allows every other leverage to compound itself.

What would it be like in five years if you took the courage to start a side business today? How much could you gain 10 years later when you read a good book and then implement the lessons today? What would making a new friend would mean to you a few decades down the road?

The secret to making time your biggest leverage is by starting early. And often, early means now, and now means to start before you’re ready.

Life is a game of leverage.

The path you take is likely to change based on your circumstances. So before thinking about what to do, make it a mission to stack up as much leverage as possible.