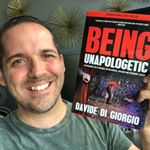 What will it take to gain the following and traction you need to have the influence that will allow you to share your message and mission with the world?

Influence that will allow you to create positive impact on others.

Influence that will give you the ability to move audiences into action with your words.

Influence that will empower others to become visionary leaders themselves.

This has been my personal journey and obsession for the last 27 years. Here’s what I’ve learned along the way that will help you to become the influential speaker and visionary leader I know you are meant to be.

Throughout history, there have been leaders, gurus, and influencers who gain global attention for the movements they’ve created. Some are focused on building what I call vertical influence. This is where the main leader becomes (and remains) the most powerful influencer. From Julius Caesar to Adolph Hitler and countless others in between, there are thousands of examples of leaders who claimed influence and used it to propel their own agenda and platform.

One of the ways to identify a vertical influencer is to ask yourself if they encourage you to think they way they think, share their ideas, and promote their agenda.

There is a lot to learn from leaders who rise to the top of a vertical influence platform. From the way they share their personal story and ideas, to how they interact (or limit their interaction) with their followers, these influencers depend on you to keep them relevant.

At some point, however, you may want to remember your own desire for creating good in the world, which may require you to take a step away from these kinds of leaders so that you can build your own platform.

With most vertical influencers, however, it’s all or nothing – you either support their mission and message unequivocally, or you will not be considered part of the tribe.

The good news is there is another kind of influencer that you can align yourself with. Leaders who create horizontal influence are those who have a message, mission, and platform, and they also encourage their followers to build their own influence.

Jesus, Mother Teresa, Nelson Mandela, Gandhi, Brené Brown, Simon Sinek – these are all examples of influencers who have created platforms which extend far beyond themselves. The mission of a horizontal influencer is not to become the focus, rather to use their influence to empower you to make a difference for yourself and others.

As a horizontal influencer, I want to stand with you, on even ground, as we rise together, in parallel to create exponential, unprecedented positive transformation for the world.

Find leaders, mentors, teachers, and influencers who take a stand for and with you. Time is too short to spend a lifetime being a follower. Someone is waiting for you to deliver your message!

Vincent Van Gogh said, “Great things are done by a series of small things brought together.” Consider the number of brushstrokes that went into a single painting. Now, imagine if Van Gogh was inconsistent and only completed a brushstroke every few days. The world would have been robbed of his gifts simply because of his inconsistency.

How consistent are you with telling everyone you know about what you are up to? I’m not talking about telling strangers or new people you meet. I’m talking about the people who are already a part of your life – your family, friends, and colleagues. How often do you remind them what you’re up to? How often do you share your vision and what you believe is possible for them? Do you do it once per year? Have you ever done it?

The point is, you cannot expect people to engage with and follow you if you don’t give them a reason to do so consistently.

How many times did Henry Ford have to tell the team of engineers he charged to develop and deliver the first ever single-cast V8 engine block to keep trying? It took the team over 1 year to finally come up with the design. With Ford’s consistent determination, success became a reality.

Are you committed to what you believe? What’s stopping you from sharing what you are up to consistently? Success is waiting for you.

Connect Who You Are To Your Why

Some might say we live in a purpose-obsessed time. Many are looking for their purpose and for the one thing that will fulfill their destiny. Some gurus will teach you that finding your why will unlock your potential and allow you to have influence over others.

They are only partly correct.

The real secret to being influential actually comes from who you are (and who you’ve always been).

How do you demonstrate who you are? Through story.

Now, let me be very clear. We are currently experiencing an epidemic of mediocre (at best) storytelling. Nobody actually cares about your story. Think about your story as a bridge between you and those who you will influence.

When you share your vision, mission, message, and miracle through stories, people are moved. But remember, it’s actually not about the story. The story is simply the method of delivery. The story allows for your listener to create their own conclusions, to feel, and to be empowered.

In fact, one global research body discovered that every great leader from the time of Julius Caesar to the present day possessed the ability to share their own story in a way that connected with others, and as a result, allowed them to have influence.

So, who are you? Who have you always been? Why are you who are you? Start sharing this through story – your own and others’ – consistently, and you will undoubtedly build your influence.

I’m on an UNapologetic mission to have you CELEBRATE YOU more!