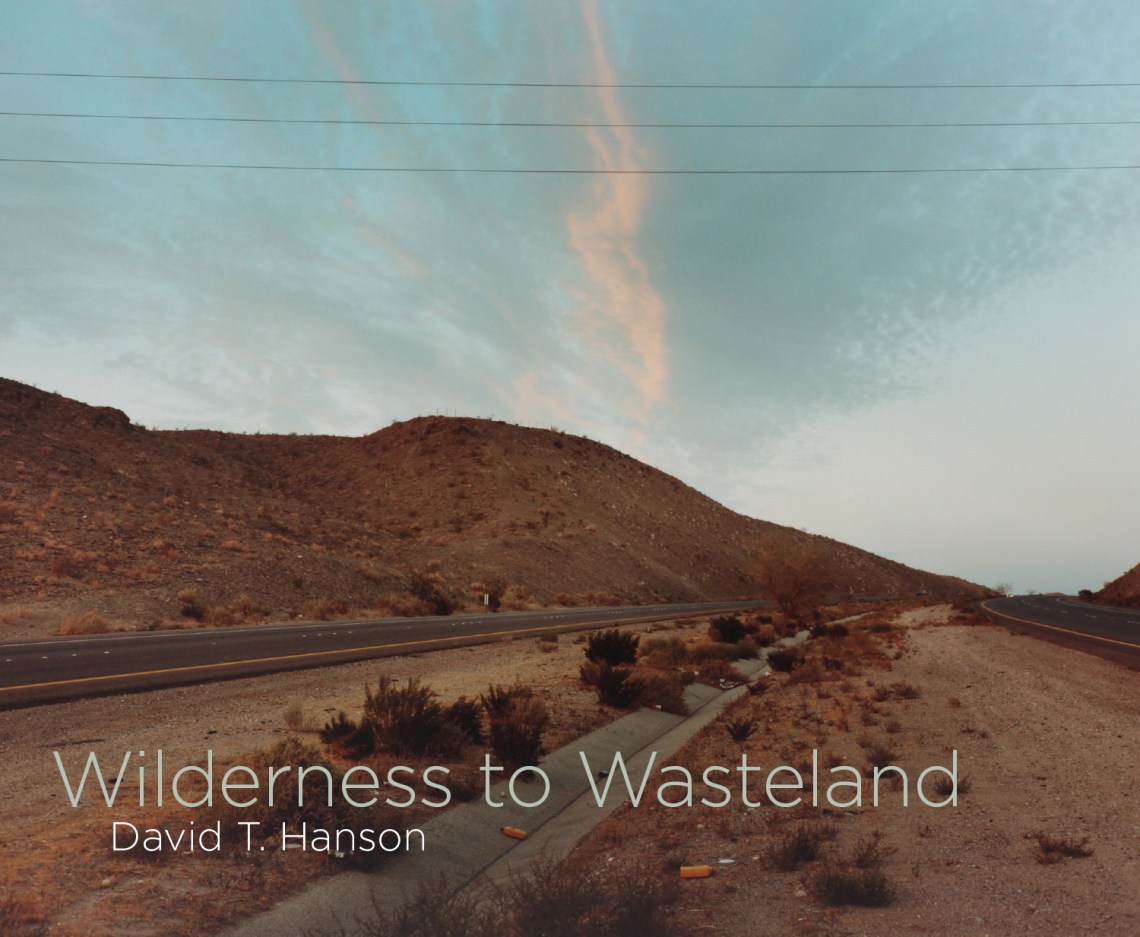 The below excerpt is from David T. Hanson’s forthcoming book “Wilderness to Wasteland” published by Taverner Press. It can be purchased here. All images are the work of Mr. Hanson.

As it happens, I began my survey of the contemporary American landscape exactly 150 years after Alexis de Tocqueville’s historic journey throughout America. In the intervening years, our civilization has created levels of riches, technology, and abundance that far exceed Tocqueville’s wildest dreams. But we have also developed a capacity and tolerance for destruction and loss—culminating in a reduced and poisoned landscape—which he could never have imagined.

Wilderness to Wasteland (1985–86), the central series in the book, was made as I was traveling throughout the United States on a Guggenheim Fellowship photographing hazardous waste sites from the air. The sequence begins with ground-based photographs of the towns and countryside that I drove through as I traveled to forty-five states in twelve months, and it concludes with previously unprinted aerial views of some of the Superfund sites that I had selected from over 400,000 hazardous waste sites throughout the United States. The series is wide-ranging in both subject and geography: Alabama farmland, real estate development in the Los Angeles basin, a Florida prison, oil fields in Texas, petrochemical plants in Georgia, abandoned mines throughout the West, chemical weapons complexes and their disposal sites in Colorado and Utah, aerospace industries in California and Arizona, Wyoming’s abandoned Lucky Mac uranium mine, and the toxic Yankee Doodle tailings pond in Butte, Montana. Juxtaposing photographs of the vernacular landscape with those of Superfund sites, this series places those toxic sites within the context of their social environments in a wide-ranging meditation on the American landscape at the end of the twentieth century.

As I was creating these photographs, I saw them as monuments for the end of the twentieth century. In examining how dramatically the American landscape has been transformed in the past 150 years, they begin to reveal the new landscape that we have created and now inhabit. In many ways our contemporary landscape seems to fulfill—and go beyond—the prophetic words of Tocqueville, written during his travels in America in 1831–32. My photographs of utilitarian landscapes reflect on both the melancholy pleasure that Tocqueville experienced and the “triumphant march of civilization” that he anticipated. The images are a testament to how much our landscape has changed and how much has been lost. Displaying the dystopian side of progress, they form an extended investigation into nature and culture, the real and ideal, order and entropy.

These late twentieth-century landscapes begin to trace the geography of the mental landscape of our time. Like the ancient megaliths of Stonehenge and the lines of Nazca, these sites may be seen as monuments to the dominant myths and obsessions of our culture. Indeed, it seems likely that the most enduring monuments that Western civilization will leave for future generations will not be Stonehenge, the Pyramids of Giza, or the cathedral of Chartres, but rather the hazardous remains of our industry and technology. Landscapes of failed desire, these sites become both arena and metaphor for the most constructive and destructive aspects of the American spirit. The photographs become, finally, meditations on a ravaged landscape.

10 Authors Share Their Honest Answers To The Question, “Why Do You Write?”

One In A Miille-On: An Interview With The Surrealist Photographer, James Miille