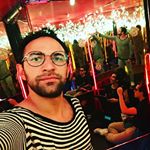 Spoilers: Netflix’s DARK and One Hundred Years Of Solitude by Gabriel García Márquez

“Magical realism” is a genre defined by a fictional story that takes place in a highly realistic setting but with a touch of fantastic elements. There are multiple known examples in literature (Jorge Luis Borges, Isabel Allende), film (Woody Allen, Guillermo del Toro) and TV (The Leftovers, Westworld), but most recently is the conclusion of DARK, our favorite German brain-twisting centurial drama.

Aside from the superb production arrangements, this series has a highly-detailed plot and set of characters that, along with the setting, are very reminiscent of Gabriel García Márquez’s One Hundred Years of Solitude (1967), which I’ll now refer to as OHYS. Furthermore, last year Netflix acquired the rights to produce a series based on OHYS, set to premiere this year. This is the first time OHYS will be adapted to screen.

1. A small town viewed through the lens of time

According to the writers of DARK, the fictional town of Winden, Germany is a mashup of the small towns that they grew up in around the time of the Chernobyl nuclear disaster, and it consists of mainly a forest with a nuclear plant, which plays a major role in the development of time travel. Across roughly 165 years (from 1888 to 2053), we see Winden and its characters rise and fall much like in OHYS. In the novel, the story takes place in Macondo, a small town built next to a river in the Colombian jungles and based on Márquez’s childhood hometown of Aracataca.

By the end of DARK, we realize that all of its central characters from the four main families were actually part of just one big family, thanks to time travel, endless loops, and our basic need for reproduction. OHYS is the story of one tumultuous family (Buendía) across a century of adventures. When reading OHYS in school, I remember drawing a family tree was the main class assignment in order to better understand each character’s ambitions and to avoid mixing names, since they all had practically the same ones. Season 3 kindly provides us with its own genealogical tree for us to pause and analyze each name (seriously, we all did it). Also, when (one of the) Jonas dies, the tree kinda looks like his fallen angel wings.

We might be tempted to think the forbidden love of an aunt and her nephew are very common these days (Daenerys Targaryen, anyone?), but in fact, García Márquez wrote about it 50 years ago. Sure, it’s not as aberrant as brother and sister, but it still carries some genetic curses, as we can judge from the cleft lip present in Jonas and Martha’s child. DARK’s central pair of lovers manage to give birth to a transworldly nameless offspring, which is said to be the main cause of the apocalypse — the triad of boy-man-elder that is the maximum embodiment of the series three motif: three worlds, three cycles, 33 years, three stages of life for each character…

Meanwhile, in OHYS, the marriage between an aunt and her nephew is a common theme throughout the novel, culminating when the last Buendías engage in an unknowingly incestuous aunt-nephew relationship that ends with the death of the aunt (Amaranta Úrsula) and the newborn Aureliano, who also bears a mark of the genetic curse: the tail of a pig. It’s worth noting that the founders of Macondo, José Arcadio Buendía and Úrsula Iguarán, were first cousins, dooming the fate of their offspring and town and coming full circle with the concept of incest and curses.

4. Their misfortunes are self-inflicted

If it wasn’t clear in season 1 and 2, season 3 explains us upfront that the reason DARK’s characters are stuck in an eternal cycle is because they cannot let go of their wants. Adam‘s actions are driven by his longing for the afterlife through stopping the cycle, while Eva’s machinations follow her need for the eternal loop to exist. Adam and Eva are unaware that their inability to let go is what feeds this whole series of deaths and misfortunes. All in all, these two worlds were created by H.G. Tannhaus’s wanting to bring his family back to life. Meanwhile in OHYS, most of the Buendía family’s misadventures are a direct consequence of their desires: who they love, who they marry, who they chase, and who or what they choose to obsess with.

5. Obsessions with the mysteries of the universe

H. G. Tannhaus, DARK’s time travel inventor, could very well be based on Macondo’s patriarch and founder, José Arcadio Buendía. They are both responsible for the whole narrative that unfolds, and they both are fascinated by the world’s mysteries, obsessing with topics like time travel and alchemy, respectively. This results in both characters’ withdrawal from family and society.

6. The inescapable repetition of history

One of the main plot twists in DARK is not knowing whether a character’s actions are going to finally result in a changing point in history, one which will avoid their doomed repetitions, only for us (and them) to finally learn that these exact actions were the cause of said doom. Throughout OHYS, the past and repetition of mistakes are dominant, the ghosts that loom over living characters are a symbol of the inescapable past they are doomed to live with.

7. Both worlds are erased from existence

Finally, the big closure in both stories involves the disappearance of both locations: Macondo and Winden’s two alternative worlds. Macondo and the last of the Buendías get blown away from existence by a mysterious wind, while he reads a manuscript that contains each fortune and misfortune of the family, papers that metafictionally represent the novel itself. Our Winden and its characters that we had come to know and love also vanish without trace when Jonas and Martha are able to change the past in the real world.

Neither the one nor the other; in a middle or unresolved position.

Here’s Why Scorpio Is The Most Obsessive Zodiac Sign

Here’s Why Opening Up Is So Difficult

We Know Reality TV Is Fake, So Why Do We Treat It Like It’s Real?

Here’s How ’13 Reasons Why’ Got Bullying Right