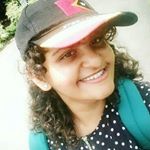 1. She walks away when she needs to

She can identify toxic people easily and won’t accept any bullshit from anyone. She will cut you off from her life when she senses that you are not genuine.

2. She knows what she wants

She has her own goals and works towards them. She stays committed and will not give up easily. She would go to any extreme to achieve her desires.

3. She forgives herself and people around her

She knows that no one is perfect and being angry is just a waste of time and energy. She’s the first to quickly apologize if she is in the wrong and move on. She also forgives others instead of staying angry, because forgiving yourself and others is the best way to learn and grow.

4. She is in control of her emotions

No matter how mad she gets with someone, she will not take it out on anyone. She steps back and reanalyzes the whole situation to see what she should do. She carefully handles the situation and chooses her words wisely.

5. She is not afraid to reveal how she feels

She doesn’t like to play around with anyone’s feelings and will admit how she feels. She goes for it, and if someone doesn’t feel the same way she does, she doesn’t take it personally. She believes in being genuine to everyone around her.

6. She loves who she loves

She loves undeniably hard, and she would go to any extremes for those she loves. Her love for you may be overwhelming, but it pushes you to become a better version of yourself.

She doesn’t care about what other people say or do. She is herself at all times and does not make any attempt to fit into the crowd. She stands strong in her beliefs, and other people’s opinions will never affect what she wants to carry out.

8. She is straightforward and honest

She will be blunt with you, and you will never catch her telling a lie. She believes in not having the need to cover up or hide the truth from you when she speaks to you.

9. She is her very own first priority

She will never drop everything for anyone, and she ranks her people in her life according to the level of their importance in her life. She believes in the need to categorize and delegate her focus wisely. Nobody should expect her to make them her top priority or they will be nothing in her life.

10.  She will appreciate everything

She believes in expressing her gratitude towards people and appreciates every single form of help she has received.

I love to play the piano,listen to music during spare time and go out with friends.