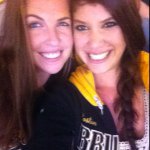 She was 20, having a baby out of wedlock, and to top it all off, having a baby with a Black man. Coming from a Catholic background, this isn’t what her traditional parents expected of their daughter. I can’t say I know every emotion or detail going through my grandparents’ heads, but I can say that I know the initial reaction wasn’t a pleasant or accepted one. That during these times, interracial relationships weren’t welcome with open arms.

I wish I could continue to describe this situation with the words “back then” or “during these times”. I can’t, though, because we are still in these times. We are in these times now more than ever, and this isn’t just a glitch on our way to a brighter future. You aren’t born with a single racist bone in your body. It is taught to you; it is developed over time. It is created from fake news about what Black people do, what they are capable of, how they are less than human. It is created from your parents and what they embed into your brain throughout your childhood. It is created from your education or your lack thereof. It is not an excuse, though; you are not able to be a grown adult and sit there and blame your parents for your ignorant mind. Eventually, you have to take a stance in what you believe in for yourself. You have to push through what you were told by others and create your own thoughts, your own ideas, and your own values.

My grandparents hold very high standards for their family. Like all parents, they wanted the absolute best for their children. Having a SURPRISE mixed child was not what they considered the absolute best for their daughter. The second I was born, though, I was the only thing that mattered to them. I was their first grandchild, and they spoiled me rotten. I was loved and adored, and they completely forgot about where I “came from”—all that mattered was that I was there. Over time, this side of the family has grown into one of the most beautiful interracial families. With each new grandchild, the ignorance deflated into a nonexistence. The love grew stronger and stronger with the understanding of how beautiful the world is with such a diverse group of humans.

I am not scared to walk down the street in a black hoodie with my quarantine mask covering half of my face. I am not scared because the half of my face showing is white—I got my mother’s skin tone. I don’t have to pay extra attention to where my dog leads me in the night, because I am not scared to spend too much time on someone’s lawn. I don’t think twice about them calling the cops for suspicious behavior. I worried a lot as a teenager that my rebellious acts of defiance would get me in trouble, but I never feared my life would end over any of it. I have been pulled over an extreme number of times, and not once did I think, “I should start filming so my family can get justice if I die.” My only thought process is, Which “oh sorry, officer, I…” excuse will I use today? I know that I can just bat my eyes and give a shy smile and I will most likely get out of whatever trouble I am in. I am not scared because I do not look like what they deem a threat.

What I am scared of, though, is getting that phone call. The phone call telling me my innocent, young cousin was playing basketball by himself and matched the description of someone who committed a robbery down the road. The phone call telling me my father was in the wrong place at the wrong time, that because he has a bit of a temper he was seen as unruly and aggressive—a threat. A phone call telling me someone in my family has been arrested for peacefully protesting the acts of violence happening in the world today. I am terrified to think about the fear my family has while walking down the street. I am sick to my stomach wondering if they are being mistreated but can’t defend themselves. My heart and soul hurt thinking of humans crossing away from them on the street, making them feel like they exist in this world in the most negative way imaginable. Or thinking of my cousin saving thousands of lives as a nurse on the front lines but not being treated as equally or respectfully throughout her career. I am scared of what the future holds for this world, for our society. Minneapolis is in flames, and though many of you may think this isn’t a way to handle a situation, there is a way bigger flame going on. A flame that is engulfing our country, not just a city’s Target.

Racism starts from the ground up; we have to teach our children true values and what is actually right and wrong. But we can’t do that until we fix the problem happening with those who are set to teach them from birth. Firsthand, I have seen this happen, I know it is possible. You don’t need to have a baby born in your family of a mixed race to show you the ways. They could have easily disregarded my mother, exiled her from the family, shunned her for the decision she made. They hung on to her, though, and welcomed her and her daughter with open arms. Change is possible.

I just moved back to Boston. Trying to find my way in the city I once called home but feels almost like a stranger to me.