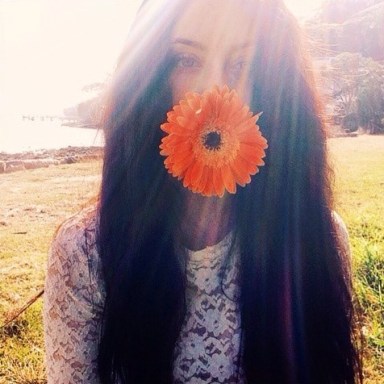 I wish I could tell you the destination, but I can’t remember much after escaping the retreat in Rishikesh. And when I say escaping I mean following Mary, blinded by Mary, Fucking Mary. She was everything that I loathed in myself and more. A beautifully fucked-up mess that excelled in sniffing out the weak; she had the sense of a dog yet became my owner.

I came to the retreat to try to be a better person. Mary came to give people the impression that she could actually be a better person. She didn’t give a fuck about trying, being honest or practicing anything. She posted photos of yoga mats while inhaling the clove cigarettes she managed to get away with, the smoke dancing with the incense in the room. Everything was a game to her and Earth was her playground; feelings were toys and she really knew how to use them.

I first noticed her in the induction when we all had to speak about our purpose for being at the retreat. Mary fed the group some bullshit and made eye contact with me with a smirk, insinuating she was playing a role, and the naive listeners drank her words and sucked them down as liquid innocence. She was far from innocent. I knew that instantly because she reminded me so much of the part of myself that I hated. Lucky for Mary, not many people in the retreat had drinking problems like we did, so it was only me that had to pretend to ignore her vodka-stained breath in the morning meditations. It didn’t take long for her to take control over me.

I have a problem with addiction and she personified everything that I needed to get away from and couldn’t stay away from all blended into one fucked-up, addictive cocktail, Bloody Mary. Fucking Mary. Of course I was partnered with her in the same cabin. We had all made a silence promise that we were meant to keep for the night — no speaking and no music until we wake. Mary followed the rules and broke them at the same time. I was up all night listening to the sound of her duty free vodka banging against the glass cup we were meant to spit water in after we brushed our teeth. I think it was about 4 a.m. when she realized I was awake and asked me to join her for a drink. I knew I was trying to escape that part of me but she sucked me into her magnetic vault and with one swig I was back to the version of me that I hate the most.

But didn’t I want this? Didn’t I want to find myself? Didn’t I beg to know myself?! I took your hand, Mary, and you led me into the dark side of myself that had always existed. I guess I found me, bleeding from my left foot and so drunk and doped up that the exploding lights in the sky couldn’t get my attention when I had your skin on my skin. I’m an addict to everything that is wrong for me. Everything that is wrong for me is addicted to me. Mary, Fucking Mary.