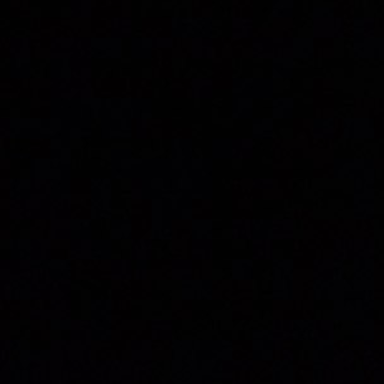 Murderers are often seen as conniving, cunning, and wily. While that is frequently the case, the serial killers I’ll tell you about here certainly didn’t exhibit those traits when they got caught for their crimes—these killers got caught because of their stupidity. Take a glimpse at five murderers who would’ve gotten away with it if it wasn’t for their pesky stupidity.

The Genesee River Killer, aka Arthur Shawcross, was an American serial killer active primarily in Rochester, New York. Despite being convicted early in his murderous career, he still racked up a number of victims, some of who were children. Arthur was initially sentenced to 25 years behind bars for the killing of a 10-year-old, which should have curbed his killing spree. However, a huge blunder made in the justice department saw that he was deemed no longer a threat to anyone and he was released early—he served only 14 years of his sentence. This mistake proved fatal for the 12 women he would go on to slay. Police were dumbfounded by the killings—they had no leads, no modus operandi, and no tangible evidence.

Robert Keppel, a retired detective, told the police that they were giving the killer too much credit, and this does seem to be the case, judging by how he was caught. Police proceeded to wait at a scene where the killer had dumped a body, suspecting that he would return at some point. Sure enough, they were right, and they found their killer: Arthur was urinating at the scene of the crime. They then put on helicopter surveillance, photographing Shawcross eating his lunch over the body of one of his victims. He was subsequently convicted and spent the rest of his life in prison.

Downright sloppy at best, perhaps Arthur thought he’d never get caught—if only he could have saved his lunch for later.

From the outside looking in, Richard Kuklinski was your quintessential middle-class New Jersey family man. After his arrest on December 17, 1986, it would be revealed that he was also an extremely prolific professional hitman.

Authorities, suspecting they had a serial killer on their hands, had dubbed their then-unknown killer as “the Iceman” because he often kept the lifeless bodies of his victims in an industrial freezer for a time after their murder. This was in order to sabotage evidence by skewing investigators’ determinations of time of death.

After dozens of killings (the precise number is unknown), police were able to piece together parts of evidence when Kuklinski started getting careless and would be the last seen contact of a number of missing people. Despite suspecting Kuklinski of roughly five murders, they didn’t have anything tangible to pin him to the crimes.

They wired up an ATF agent and had him go undercover as a street criminal whose fictional background just so happened to include being a hitman, just like our murder suspect. Instead of figuring out the ruse, it wasn’t long before Kuklinski began boasting about the creative ways he had snuffed out his victims; of course, these admissions were all being carefully recorded.

In the end, it was Kuklinski’s need to brag about his crimes that put him behind bars.

Although Israel Keyes had three murders confirmed, the actual number is likely eight-plus, as he admitted to various murders he hadn’t been charged with — four in Washington, one in New York, as well as others. Keyes was a serial criminal, often carrying out rapes, arson, burglary, and bank robberies.

In 2012, Keyes kidnapped 18-year-old Samantha Koenig. He raped her, then killed her the following day. Having taken her debit card, he demanded a $30,000 ransom to be transferred to it after claiming she was still alive. He was apparently unaware of the well-known fact that ATMs are always equipped with cameras, and banks always keep records of transactions, as he casually used her debit card as he travelled throughout the southwest United States. This made him easy to track down.

He committed suicide while he was awaiting trial. Despite the fact that he planned murders way in advance of carrying them out and the way he took extraordinary action to avoid detection, the way he got caught was undeniably stupid of him.

Dahmer raped and murdered 17 men and boys between 1978 and 1991, and it’s scary to think that the number would have been much higher if he hadn’t been so stupid in 1991 when he was caught.

On the day of his capture, Dahmer had 32-year-old Tracy Edwards come to his apartment on the guise of taking nude photographs. When Edwards arrived, he was immediately taken aback by the foul odour and the number of boxes of hydrochloric acid strewed on the floor, which Dahmer explained were for cleaning bricks.

After getting his victim-to-be into handcuffs—as per his modus operandi—Dahmer pressed a sharp knife against Edwards’ chest and told about his plans to kill him. But Edwards managed to stay calm and was able to keep Dahmer from attacking him by conversing with him in a calm tone, pretending they were still friends. This worked to confuse Dahmer, who would occasionally drop his guard to look away at the TV and lose himself in satanic chants.

Edwards eventually felt like he could ask to be released from the handcuffs to go to the bathroom. Dahmer agreed to this. Edwards took this chance by punching Dahmer in the face and running away. Perhaps this is more a case of gullibility than stupidity, but after killing so many men and young boys, you’d think Dahmer would’ve been a bit more cautious.

Edwards would return to the apartment with two police officers in tow, finding Dahmer still sitting there, along with his drawer full of Polaroid pictures of human bodies in various stages of dismemberment.

The BTK Killer, aka Dennis Rader, was an American serial killer that was active between 1974 and 1991, killing 10 people around Wichita, Kansas. Rader would send provocative and taunting letters to police and newspapers after he killed, describing in great detail his heinous crimes. He became increasingly confident when talking to the media, and he would even get in touch with them to veto claims that some murders were his and suggested they were actually a copycat.

Fast forward 30 years after the first string of murders happened, the case was considered too cold to solve. With no proper leads and little evidence, they were afraid that the BTK Killer had escaped their grasp.

But Rader still wanted the attention he got from police and the media. He started mailing letters to them again. Aiming to keep in touch with the cops and media outlets in a new era of technology, Rader asked the investigators if sending information through a floppy disk could be traced. This shows that Rader had trusted in the investigators, safe in the knowledge that they would tell him the truth. It also shows how stupid he really was—even the investigators were surprised by his question. Still, they assured him that he could send the floppy disk in and not be traced. Of course, this was a lie.

Rader was apprehended shortly after that, and police used the floppy disk to trace him back to his home. From there, the amount of evidence was overwhelming. When arrested, Rader was curious about how he had been found out after all this time.

When it was revealed that it was the floppy disk, Rader replied, “But I thought you said you couldn’t trace those. Why would you lie?” He was genuinely surprised that the law would tell a lie in order to catch him.

Rader’s morals were just as twisted as his murders.

Keep up with Danielle on Amazon

The Creepiest Serial Killer Show You Can Binge On Prime