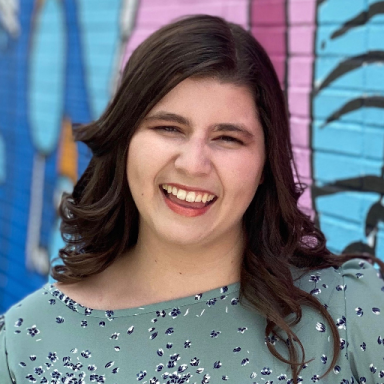 During my four months of travel around the world, I learned a lot about energies and healing. Before this journey, I always considered myself someone who was very scientifically minded. If there wasn’t evidence behind the unexplainable, then how could it exist? Then I inexplicably started meeting healers over and over again.

The first healer was in New Zealand, and he asked, “How do you write songs?”

I answered with a question: “Are you asking if the lyrics or music comes first?”

He replied, “No, I’m asking where the music and lyrics come from.”

For me, this is an unexplainable experience that occurs every day as a writer. I certainly do not feel as though words are something that I just conjure up in my mind and put to paper. It often feels as if there is a moment when the lightning strikes and I wind up typing out the words that this electric force ignites in me. Gaining awareness of this was an important realization.

In Australia, I met the second healer. She told me that she spoke to her angels when she needed guidance. What was she referring to? I asked. She shared with me moments in which she has felt uncertain and her angels have helped her make decisions that felt right. She was talking, I believe, about the lightning strike.

I began listening for the lightning in my life outside of writing. I had painful stomach cramps in Australia and decided to try one of the exercises that the second healer had taught me. I laid down in bed while my inner skeptic wondered what in the world I was doing. But I was physically hurting and ready to surrender to whatever might work. I paid attention to my hands and slowly they grew warmer. I rested them across my stomach where I felt the cramps. I took long breaths in and out, and then felt a shiver run down my spine. I inhaled sharply, shakily, and involuntarily. Then the pain started to fade. After a few minutes it was gone. Oh no, I thought. It’s real.

In Bali, I met another new friend.

“Of course you are,” I thought.

He shared his experience working with energies. He discussed tapping and resting his hands on chakras to find blocked energy and to release it. I told him that he was the third healer I’d met on my trip. He assured me that there was a reason I kept meeting them.

At this point, I thought if there is a God, Universe, Angel, Lightning, or whatever we want to call it, I was being given signs. Now I was curious, so I asked the third healer how to seek out someone who would work with my own chakras. He said, “If you ask the Universe, it will help you come across it.”

Sure enough, a few weeks later in India I passed a spa with pamphlets outside that advertised balancing chakras. During the three sessions, I was lying on a massage table while the healer whispered something in Hindi and rested his hands on my head. Then he rested his hands on my face and continued this progression down to my feet. As far as I could glean, he was feeling the chakra energy. During the first two sessions, this practice was deeply relaxing and I felt so vulnerable that I cried a few times. During the third session, his hands were somewhere above my spine and I felt a vibrating, suction-like sensation occur a few times. After this session, I was the most energized I have felt in a long time. It feels very cheesy to write down, but I came out feeling so revitalized that I was ready to finish writing my novel (and I did).

My trip ended early because of the pandemic, but I remain deeply moved by these experiences. There is still part of me that is committed to science, facts, and evidence as a way to navigate the world, but there is also a new part of me. I now listen for the lightning strikes. I practice yoga, meditation, and breathing on a daily basis. I have more faith in the “woo woo” and I feel infinitely more equipped to work toward a sense of self-love and worthiness with these new tools.

I always wonder (read: worry) what people will think when they find out about this part of me. It’s interesting that this hasn’t evolved until late in my twenties, and it’s not something that I was exposed to before this world travel adventure. I think, similarly to any belief system or practice, it was never something I would have engaged with if I felt pressured to do it. It had to be something that sparked my interest from a place of natural curiosity. I saw the disconnect between what I was experiencing creatively and what I knew to be “true” and expanded that understanding to other parts of my life. The desire to learn more led me to this whole journey, and I think for some reason I was supposed to be led to it at this time.

Having been through this experience, I think that whatever people may believe about energies and spirituality is valid. (Even if you have no relationship with energies and spirituality). It’s a journey that we each take at our own pace and anything that happens along the way is just new information to be gathered. It’s okay to have one foot in the spiritual world and one foot in the tangible world. It’s okay to have opposing beliefs that we are working through. It’s okay to change our beliefs over time in order to evolve. If I’ve learned anything, it’s that opening myself to a new way of thinking did a world of good for my physical, spiritual, and mental life. It made me feel more whole. I can’t help but to encourage others to, at the very least, stay curious.

At baseline, I am overwhelmed and excited by all the ideas in my head.