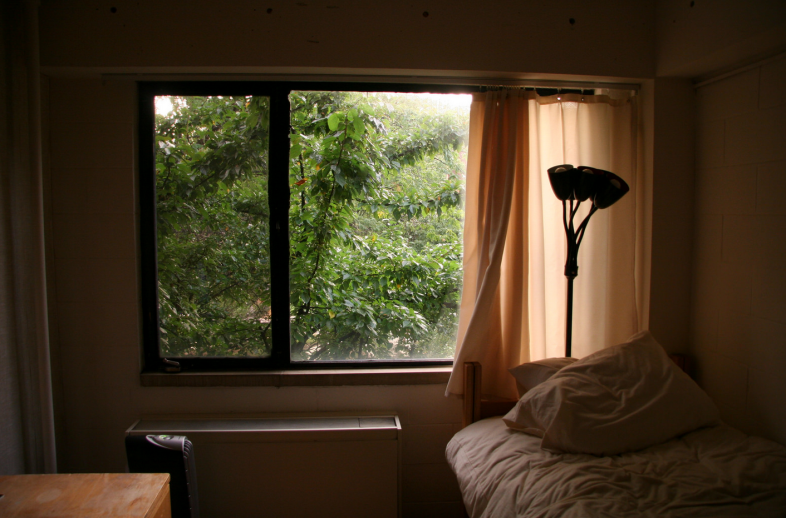 That was the common response I received when telling close friends or family members about the abuse my mother, my brother and I were experiencing on an unforgivingly frequent basis. In fact, the disbelief and the silent interrogations and the inaudible doubts were enough to keep us as tight-lipped as our father had instructed us to be.

Society has a very clear, very particular picture in their minds when they think of an abusive man. They want him easily visible, like an adulterous hickey or an unfortunate, protruding pimple. They want to spot him when he’s in their grocery stores or among their children or attending their churches, so they envision a specific man with specific trademarks that make him specifically revolting.

He should be slightly overweight, carrying a gut only the frequent six pack could provide. He has cheap tattoos and is slightly balding and wear’s wife beaters, because of course. He scratches his ass and burps after crushing his thirteenth beer and yells obscenities frequently. You can find him permanently attached to a decrepit couch, unable to hold a job or acquire any worthwhile friends due to his blatant alcoholism. He never buys flowers for his wife or toys for his children. He never says a kind word or expresses a hopeful gesture.

And while this man does exist, I have no doubt, this man is more of the exception to the rule than the steadfast rule itself. He is created for Hollywood’s guilty pleasure or society’s peace of mind. He is a reflection of our greatest fears, sometimes manifested into human form but mostly an illusion, fed by our disgusting laziness.

Most abusive men are successful. They have budding careers and hopeful futures and are extremely driven. They’re middle to upper-middle class, providing for their family financially with a decent house and one or two cars and a mid-size backyard.

Most abusive men are kind. They’re outgoing and adventurous and electrifying. They’re capable of charming even the most guarded of individuals, manipulating moments and twisting words to suite them and perpetual wants.

Most abusive men are extremely repentant. Their anger comes in waves, as if they have two personalities, forever locked in a battle of wills. When it subsided and their fists relax, they are reduced to a puddle of tears and disappointment. They say the right things and buy the overpriced items and do what they can to find themselves in the favor of the very person they beat.

Most abusive men will kiss the very tears they helped create.

Most abusive men are protective. The only person they would ever allow to hurt their family, is themselves. When their child is being bullied, they react. When their wife is being belittled, they come to her defense. In their mind, their family is their property, and they’ll be damned if someone else pisses on the lawn they shit on themselves.

Most abusive men are encouraging. They show up for PTA meetings and sporting events, ready to cheer on their child. They want their children to be successful, if only to claim their children’s success as their own. They require a certain level of perfection and excellence and acclaim, as long as it does not impede on their own.

Most abusive men claim to love the ones they hurt.

Most abusive men are well-respected. They hold power positions or a morally admirable standing within their communities. They’re pastors at churches or vice-presidents at universities. They’re police officers and firemen and members of non-profit organizations. People come to them for advice and hold them in high regard and to higher standard.

Most abusive men are unbelievably smart. They graduated top of their class and went on to achieve their Masters or PhD. They know that bruises on the face are obvious, but bit marks on a shoulder are not.

Most abusive men make it hard for their victims to leave. The good and the bad are so intricately woven within them, it is seemingly impossible to differentiate.

Most abusive men are the grey in a black and white world.

Most abusive men are the sliver of hope that ends up cutting your wrists.

Most abusive men do not fit the stereotypes society seems to crave. Neither do rapists, or pedophiles, or any number of humanity’s worst. Which is why, unfortunately, society tends to discredit the victims who do not fit within that very clear, very particular picture.

He’s a powerful, well-respected man. He wouldn’t do that. You must be lying.

He’s a friend, not some stranger in an alley, and you both were drinking. You must be lying.

Society wants the dangerous to be visible and obvious and easily spotted. To think that they creep between and through and in spite of the good people we admire and celebrate, is to admit that even the best of us can be the worst of us.

So, instead, we attack the ones who speak up. We tell them they can’t be right, because society is right, and society says that isn’t what abuse or rape or pain or hurt, look like.

But it does. It does.