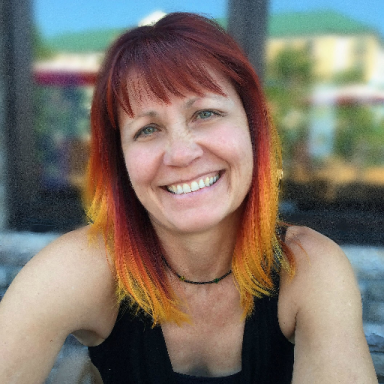 The fear of failure holds many people back. We all know there are many great quotes about dealing with failure and what it can teach us. People post them all over social media. It’s easy to read what others say and agree.

But behaving the way they say is another story. Letting failure actually teach you takes more courage.

I get it. I’ve been there. I have a story about a particular failure where I learned how much I needed courage to fail well. Failure can be our teacher if we let it.

For failure to teach us we need to own our mindset, emotions, and choices.

A failure is not always a mistake, it may simply be the best one can do under the circumstances. The real mistake is to stop trying. —B. F. Skinner

Last year I failed at running a profitable online store. I successfully opened it. It was challenging and fun.

There was so much to learn, but I taught myself. I did it. I was so proud of myself. And I should be. I didn’t grow up with technology. I grew up with a rotary landline phone when they still had things called party lines. Yeah, that was a long time ago.

There are so many people my age that struggle with technology. Even many more that won’t even try to learn.

Well, BAM! I opened an online store. It was pretty. I designed products. They were nice. It was fun. I accomplished a lot. I learned the email sign up and campaigns. I used a marketing app. I imported things from China. I learned about sales tax and got an app for that. I sold products.

I succeeded A LOT.

But it was time-consuming and it became a distraction to my writing. It was easy to get sucked into the fun of creating my designs and products. Before I knew it, hours had passed. That wasn’t acceptable because I was finishing and preparing my next book for publication. So I stopped putting the time in to create and market. Sales stopped but the fees to keep the store open didn’t.

As I was working on that book, I had an epiphany that I needed to stop. It was failing to be profitable. Failing to support my message. Instead, it was a drain. It made me sad.

My new creation was failing but I loved it anyway—how could I let it go?

We get attached to our creations. I had grieving emotions I needed to deal with in a healthy way. Sure, these emotions weren’t large, but they were still there. I’ve learned ignoring them isn’t healthy, no matter how trivial it might seem.

Overcoming the emotions of grief is done using a thing called grief work. To process my sorrow and honor my journey, I bought two mugs for myself as souvenirs. This was my act of grief work and it worked. After I made the decision to close the store and did the grief work, I gained a sense of relief.

I learned some lessons that failure can teach us. When we fail, we also succeed. We need to look and process both sides, then begin to redirect our energies to our next adventure.

Keeping the lessons and feeding the joy of growth is failing well.

When we take ownership of our failures, we allow them to teach us. That’s what I did. By failing well, this particular time it helped me look at past failures to learn from them also.

Some failures might be the best thing that happens to us if we allow them to teach us instead of condemning ourselves. They can create a newness in us we didn’t have before.

Failure isn’t the end of the story unless you decide that it is.

Author of Emerging With Wings, Because You Matter, A Bird Named Payn..