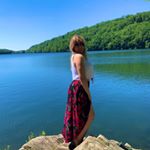 Living with a mental illness can be a struggle, especially when the people around you don’t entirely understand what a mental illness is. The topic of mental health is, unfortunately, taboo for many people.

That’s where we’ll start, opening up the door for healthy discussions on mental illnesses. Now, I’m not a psychologist, but I am someone who has been fighting this battle for 10 years. In my personal experience, I have gathered that those who don’t have a mental illness typically don’t know how to go about having a conversation. This can be seen as an advantage for you, but it could also make for difficult conversations. You get to lead the conversation, say whatever you are comfortable with.

Every person is different, so not all responses will be the same. Please keep in mind that some people might give you some outright terrible advice. For example, if they say something along the lines of “It’s just in your head, think happy thoughts and you’ll feel better,” I would run as far away from them as possible. (That’s a joke — don’t run away from anyone, rather try to educate them on why that is not a helpful response.)

Not everyone is going to get it, so sometimes you’ll have to gauge the density of those you are talking to and decide whether continuing the conversation will be futile and a waste of your energy. Some people might not be worth the amount of energy it takes to have an informative conversation.

You might be reading this and think, “Why is it my job to explain mental illness to anyone?” You’re not wrong to think that. There will come a time in your life journey when you may need to tell someone you love that you are struggling with your mental health, and they might not understand and ask you questions.

It can be a very difficult topic to talk about, especially with family members. I feel like there is a good portion of parents who don’t fully understand mental health, and that could potentially be discouraging when faced with the task of talking to them. The first time I talked about my mental illness diagnosis, my parents didn’t understand what was wrong. I was 16 years old when I learned what mental illnesses I had, and I wasn’t equipped to explain it to them — I could hardly wrap my head around it myself.

My parents weren’t born in America, so they never heard of anyone having a mental illness. They didn’t think much of it; I was asked if I was “acting this way for attention.” I never thought a question would hurt as much as that did. I felt ashamed for simply being myself. I never asked for a mental illness, and now I had to figure out how to deal with this by myself? And all while being called weird and different for having a chemical imbalance that I had absolutely no control over? It wasn’t fair. “Why me?” I’d ask myself.

It took me a few years to realize there was no shame in having a mental illness. That I shouldn’t be embarrassed for suffering and struggling with my thoughts.

Mental illnesses are nothing to be ashamed of or blame yourself for. I understand how difficult it can be to believe that, but you don’t deserve to make yourself feel worse.

You are worthy of love — read that over and over again until you believe it. You’ll get through every single bad day you have. You can defeat your mental illness; you don’t have to give up. It might feel like the end of the world to you, like you’re losing hope of ever feeling better again, but trust me when I say you will.

Your feelings are very valid — don’t ever forget that. Don’t give into the idea that your future is hopeless. It’s not easy — I know personally that it is not simple to just have faith in the idea that one day everything won’t be as bad as it is in this moment.

It’s taken me years to finally reach a point where I am able to accept myself for who I am, depression, anxiety, complex ptsd and all. Don’t let yourself get in the way of what you can truly accomplish. It’s okay to take however much time you need to start to heal, but please, don’t give up.

Find the help you need. Therapy honestly helps. It is expensive if you don’t have insurance that covers it, but if you’re in high school or college, there usually is someone you can talk to for free. It’s important to find a way to speak to a professional, especially when you’re feeling hopeless and like you want to give up. I’ve been there.

I’ve fallen apart many times just to pick myself up again. I spent years blinded by the darkness, numb from existence. I wished it would all end on multiple occasions. I’ve come so far from those days, I’ve grown as a person in many different ways. I’m proud of myself for being able to overcome the awful times.

I know it’s likely that I will suffer from a spell of depression again, but that doesn’t mean it’s going to last. I’m not going to let the depression and anxiety win. I refuse to lose hope for my future.

I want you to know that it’s possible for you too. No matter what mental illness you’re dealing with — because there are so many, and they’re all different — you can make it through. I believe in you.