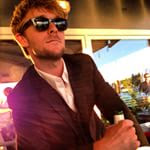 Earlier this year, Stephanie Lee of The New York Times published a widely read column titled, “Why ‘Find Your Passion’ Is Such Terrible Advice.” In it, she argues that those of us still seeking fulfillment in our careers and lives (read: all of us) shouldn’t think of passion––either that which we quietly possess or one day hope to find — as any kind of silver bullet. Unsupported, it’s unlikely that love for literature, an interest in photography, or a fascination with music will ever manifest into anything professionally relevant.

We should focus instead, she says, on the more practical end of forging a “growth mindset,” the logic being that interest, fascination, and even love prove inadequate motivators. One is better suited to falling in love with the act of self-improvement, for example. Quoting Dr. Paul A. O’Keefe, Lee writes, “Passion alone won’t carry you through in the face of difficulty.”

This, of course, is true. Passion is not some kind of silver bullet, and without a growth mindset––which equates roughly to an ability and willingness to persevere in the face of adversity––one isn’t likely to get far no matter their pursuit.

But Lee’s article severely understates the utility of passion in precisely this task of persisting through hard times. An ingredient of grit, passion plays a key role in compelling one to work hard. To that end, in fact, our passions may be the most powerful motivators we have. It’s hard to imagine putting in 10,000 hours improving at or building something, for example, without feeling passionate about the craft or project in question.

At the most strategic level, passions are fuel sources to be tapped into. This is true even of passions you might have discarded as childish or as mere hobbies: your love for cartooning, your obsession with Star Wars. Personally, re-investing in my discarded, childish passions changed my life––and maybe even saved it.

When I was a boy, I wanted desperately to play major league baseball. Enamored of the game — the fusty smell of peanuts and fresh-cut grass, the fast poetry of a well-turned double play — I obsessed over-improving at it, and eventually I got to the point where every minute not spent on the diamond or in the weight room made me feel sick. Like I was wasting my time.

That’s ultimately what allowed me (a small and relatively un-athletic kid), to become any good at the game. I worked hard. And I loved the experience of working hard; it was a pursuit that was larger than myself and that I got lost in. And while I was never the best or most talented player — certainly I‘m not writing this from a major league dugout––my senior year, I captained a varsity team that reached the Northern California State Championship.

Simply put, passion inspires. But it also does more than that. Properly cultivated, passion translates into purpose. And purpose, conducive to flow, that state of metaphysical focus, proves the third rail of the human psyche. It sustains. It fortifies. It propels.

Non-Daniel examples of this abound, of course; we’ve all heard the legend of how Michael Jordan responded to being cut from his high school basketball team by becoming the best player of all time; most of history has been written, in fact, by people who were passionate about the crafts and pursuits they were historically excellent at.

Shameless hip-hop nerd that I am, though, the example I think of is Kendrick Lamar. Kendrick, who is on record as early as 16 proclaiming that he would one day be the best rapper alive, overcame both a stutter and Compton’s carnivorous poverty to not only capture the recognition he sought but to become the first hip-hop artist ever to win a Pulitzer Prize. And his success was a product at least in part of his work ethic, which is evidenced by his “Black Friday” verse, when he rapped, “Freestyling on lunch tables and park benches / and I won’t mention 10,000 hours in training / while juggling gang-banging.”

But here’s the thing: that work ethic was itself enabled and fueled by a fervent, unselfconscious love for his craft. I love reading interviews of Kendrick when I’m having a bad writing day because I find his enthusiasm for his art truly rejuvenating––not to mention instructive.

Is it possible to practice grit, cultivate purpose, and exact success––such that you feel inspired and fulfilled in your life and work––without passion for the thing you’re doing? Of course. It’s just harder.

One could also argue that it’s dangerous. According to researchers from Carleton University and the University of Rochester, people who find purpose in and care passionately about their work live 14 years longer than people who don’t, which to me makes total sense. If you’ve ever felt depressed or adrift, you know that lacking purpose is like living in a dimension deprived of oxygen or subsisting off a diet composed only of bread. You can feel yourself shrivel, diminsh, weaken.

I felt this for the first time during my second year teaching. By that time my head buzzed with dreams not of baseball (or of teaching) but of writing fiction, and that year I spent every minute I wasn’t teaching fine-tuning grad school applications: amassing letters of rec, studying writers I loved, perfecting my sample. I wanted to study and practice under professionals, participate in the literary community. Grad school, in my mind, was an essential step.

Come June, I’d been rejected by every program I applied to.

With few other options––I’d already resigned from my teaching position––I moved back home to San Francisco and took the typical advice: forget your passions, embrace practicality. In my case that meant a tech job whose day-to-day responsibilities were thankless and whose prospects were uninspiring. And predictably, over countless hours responding to support emails, catering to cantankerous clients, and working only half-consciously to apply what I conceived of as my talents, I became depressed. In time, I came to think of the pursuit of success as but a miserable competition of the artless and dirigible, a weekly upstream slog in which participants should aspire not to excel, but to endure. There was no place for passion, and certainly there was no time for art. In my darkest moments, it was hard seeing whether there was a reason for living at all.

As the researchers from Carleton and Rochester understood, this logic takes its toll. Living so despondently and with such operational self-pity deadens a person. It makes you less effective, not to mention less confident. It sews a kind of self-hatred, too, epitomized (once again) by a Kendrick Lamar verse, specifically the second from his self-eviscerating To Pimp A Butterfly track, “U”: “I fuckin’ tell you, you fuckin’ failure — you ain’t no leader! / I never liked you, forever despise you — I don’t need you! / The world don’t need you, don’t let them deceive you.”

But a lack of purpose doesn’t just deaden you; it leads to a kind of degeneration. Mainly, your sense of dejection curdles into nihilism, which, unabated, morphs into indolence. And indolence, that insidious weed, may be the most self-destructive force available to humans today. It warps your perspective, damages your mind’s eye.

Everyone knows, for example, that there is another way to go about becoming successful and finding fulfillment in your career that’s unrelated to miserable, upstream river wading. We know this because of the people in our lives who in effect disprove the sad philosophies of the deliberately hopeless by evincing the surprising array of applications for one’s love of literary analysis, say, or for comedy, photography, or cartoons.

Yet when you don’t believe in yourself or in your potential, you don’t want to lend credence to those examples. You write them off as aberrations and insulate yourself in pity.

“The moment I made that decision… everything just started to open up.”

We have to combat these sad, myopic tendencies inside ourselves, especially if we want to explore the boundaries of our potential in the manner of, say, Mr. Lamar. And our passions, or even our interests and curiosities, prove means of doing that. Especially when we nurture them into purpose. As Nietzsche once wrote, “If you have your Why, you can get by with almost any How.”

Personally, it was only when I endeavored to recommit unselfconsciously to my love for writing — reading seriously, sticking to a schedule, working for free — that things started to turn around for me. It’s the reason I’m writing these words right now. I haven’t published any novels, but I am building something I care deeply about. Success is far from guaranteed, and I barely even know what to expect day-to-day, but the fact that I’m chasing a dream I believe in keeps me pressing on enthusiastically.

That’s the power of passion. For those of us who still dream — who’ve not yet been disabused of our ambition — we discount it at our own peril.

Still, I don’t claim to be an expert on this. And I don’t presume that what has worked for me will inevitably work for everyone else. But I do posit that if you can identify your passions — or even if you can get yourself excited about new things, which, as Lee states in her article, is possible to do even into adulthood — you owe it to yourself to get your head right, embrace that passion, and think seriously about how you might be able to use it. How you might “give it a shot,” as they say. That shot might not work out, but maybe — just maybe — it will help you re-identify a Why with which to combat your relentless, pernicious Hows.

At the end of the day, yes, “find your passion” might on its face be inadequate advice. But “discount your passions altogether” is worse. We shouldn’t resign ourselves to futures that don’t excite or inspire. We should dare to be audacious.

In fact, if we aspire to the kind of success or fulfillment enjoyed by the likes of Kendrick Lamar, audacity––alongside a growth mindset––may be a prerequisite. As Kendrick once said in an interview with Erika Badu, “The moment I made that decision to get in the studio and actually work and study the culture of hip-hop, then everything just started to open up and blossom for me.”

There’s wisdom in those words, along with inspiration: as I proceed into the unknown, I insist on believing that if I so commit to my craft, the same kind of blossoming can happen for me.

This article was originally published on P.S. I Love You.

Formerly a first-grade teacher in New Orleans, Dan Moore is presently a freelance writer living in San Francisco. Follow him on Medium. Follow Daniel on Twitter or read more articles from Daniel on Thought Catalog.

Passion Is The Problem, Not The Solution

Why ‘Chill’ Sucks And ‘Passion’ Rocks

6 Rules To Live By For Those Who Live With Passion

7 Ways To Make Your Passions Serve Your Highest Potential

The Unedited Truth About The Dark Side Of Being Passionate

Embracing Your Passion Is The Key To Discovering Your Purpose

If You’re Going To Be Defined By Anything, I Hope It’s Your Passion