#Calexit is currently trending on Twitter in the wake of Donald Trump’s victory in the 2016 Presidential election.

What is #Calexit, you ask? Well, it’s a proposal for California to secede from the United States. The proposal suggests a referendum on the issue in 2019. 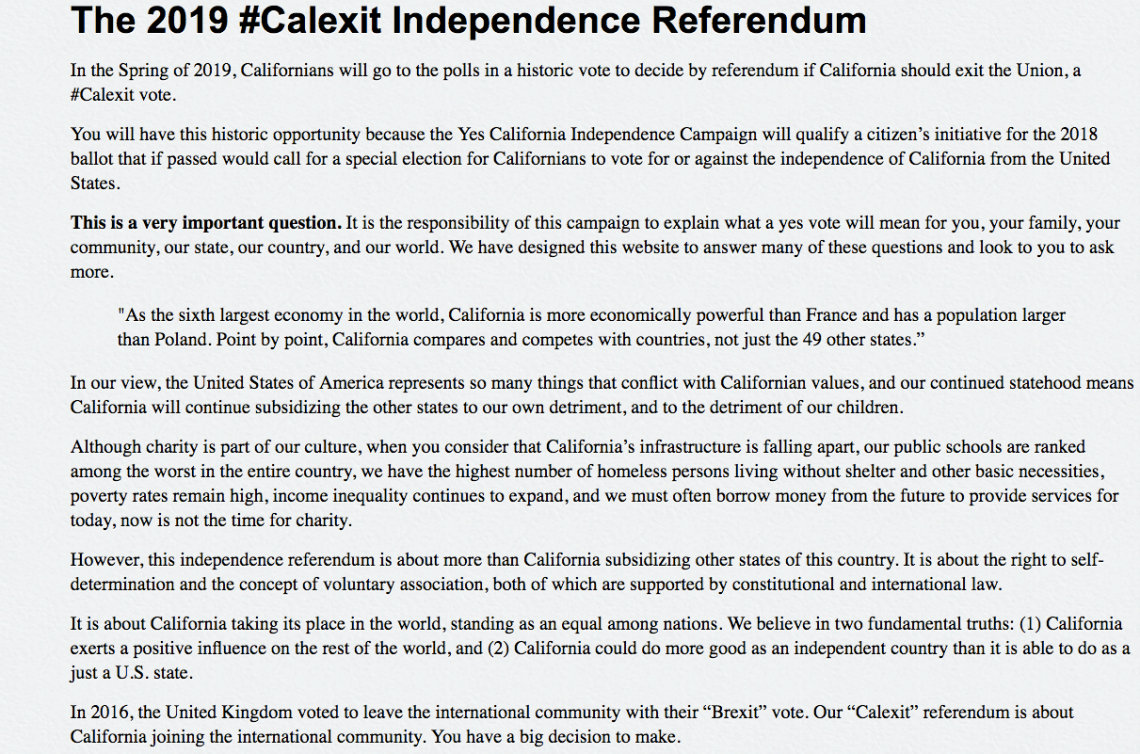 And here are the reasons why some Californians want to leave the United States. 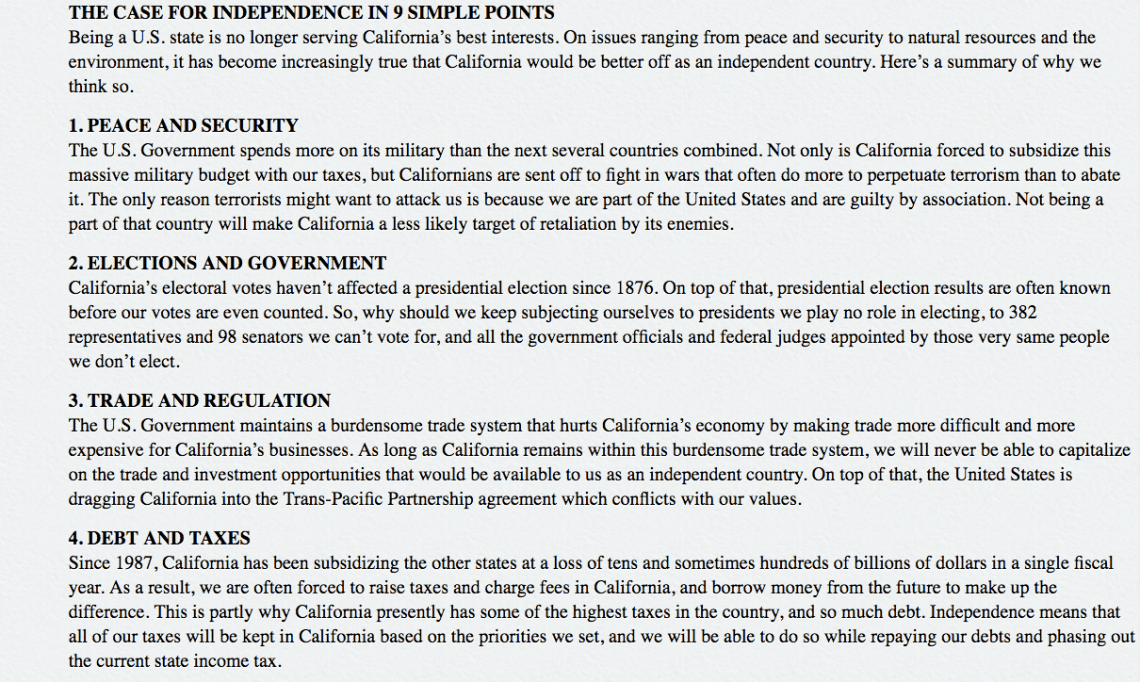 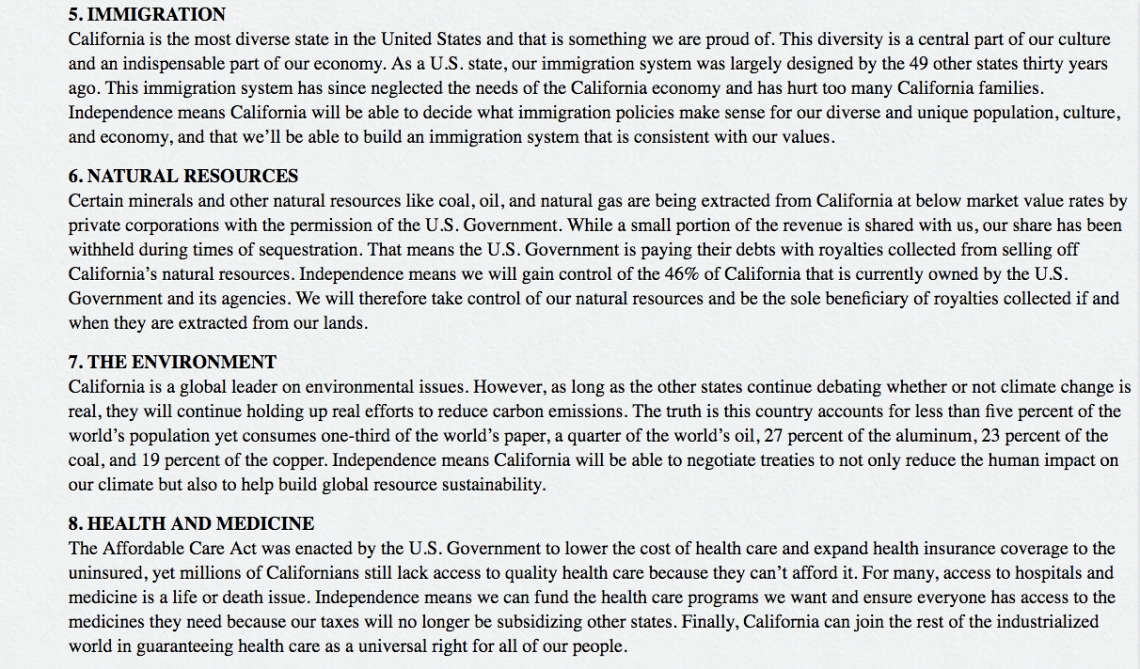 The first instance of the hashtag appears on November 1st.

But now, in light of protests in San Francisco, San Diego, Los Angeles, and Sacramento…

A yuge Trump head is burned an effigy in front of city hall #dtla pic.twitter.com/e9DqMhEYhY

…the term is trending more broadly.

California has the 6th largest economy in the world. We don't need all this. #Calexit #Caleavefornia

I like this. I support the idea of #CalExit https://t.co/wo2Evv8kG1

California was not founded by Slavers as was the USA. #Calexit could revive the American Dream. It will benefit the entire world.

I have always wanted a way to opt out of the USA Eternal War machine. #Calexit is the way. Let's do it.
Death to tyrants!

#Calexit: Group calls for California to secede from the United States. https://t.co/AMI07Tawnn pic.twitter.com/FKwiS5c2Cp

Secession was previously a topic reserved for disaffected Texas conservatives but now it looks like some liberal Californians are quite serious about it.

‘Trump’s Going To Do To Muslims What Hitler Did To The Jews,’ Letter Sent To Mosque Promises