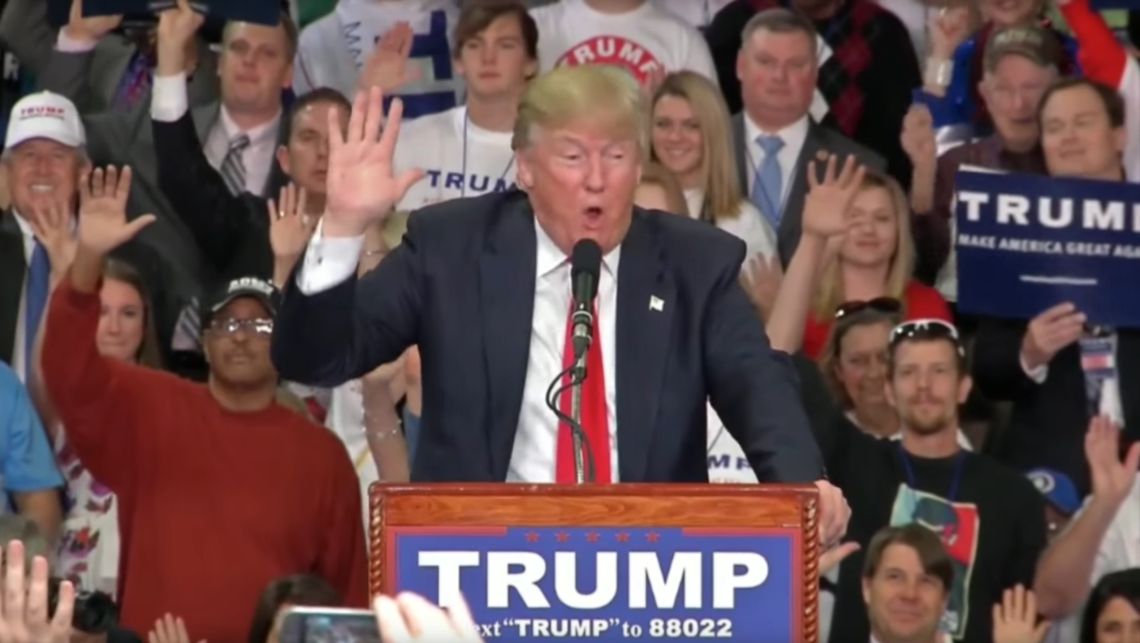 Trump appeared in Madison, Mississippi last night and people turned out in the thousands. It was so many, in fact, that people had to sit outside of the event and watch him speak on a jumbotron as he promised to, among other things, make Christians more powerful and bring back the celebration of Christmas.

Con: I couldn't get into Trump's Mississippi rally. Pro: I'm watching it Friday-Night-Lights-style outside. pic.twitter.com/gmNTBjVP5s

Here's the scene at the football stadium in Madison, Mississippi where Trump is now headed pic.twitter.com/BMVtT10Gz0

When the time came for Trump’s followers to swear their loyalty and pledge to turn out to vote today there wasn’t a single person who hesitated with the entire crowd cheering in unison for the billionaire turned presidential candidate and hands raised enthusiastically to the sky.

It appears Trump will blow the competition away there.

Some Trump voters have even wondered why anyone else bothered being on the ballot.

VOTED IN MISSISSIPPI!! Why are other candidates on ballot? Let's go TRUMP! pic.twitter.com/oLe713jVUt

Here’s the full video of the rally.

Here’s Why Kim Kardashian Is Meeting With Donald Trump Today (And No, It’s Not About Kanye)