EDIT: In an odd move, YouTube has blocked the video in question. Here’s what the YouTube link looks like now…even though this apparently happened four years ago. I’m noticing all the “students getting in fights” vids on YouTube are still up though. 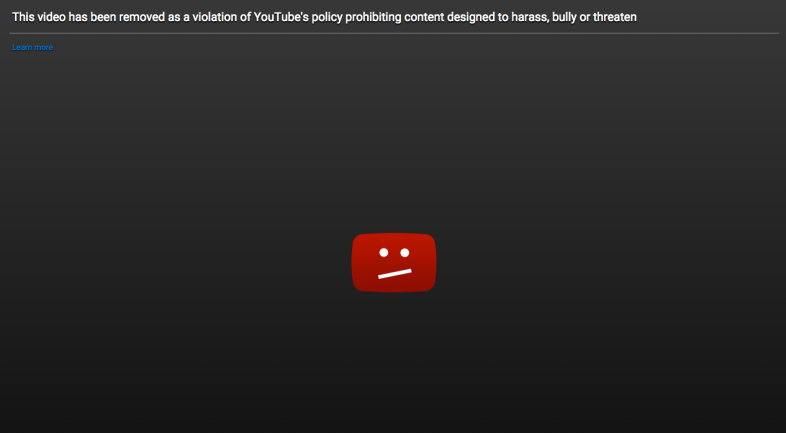 Originally posted today by KollegeKidd.com, the video depicts students at Chicago Vocational Career Academy tormenting their teacher identified only as “Ms. Cox” even as she asks one student to go get a security officer. The Daily Mail (take it with a grain of salt) reports that the video was actually filmed in 2011, presumably by a student, but has only been uploaded today.

In the somewhat shakey video, Ms. Cox has things thrown at her, is threatened with a chair, repeatedly called a bitch, and has all of her belongings knocked off her desk, including what appears to be a family picture, while the entire class taunts her.

The YouTube account associated with the post has been around for at least two years although there’s no way to tell at this time if they are the original uploader. The video is appearing at an interesting time given last week’s release of a video depicting a White police officer in a South Carolina school slamming a young, Black female student to the ground while still in her desk after she refused to turn over her phone to a teacher or to leave and go to the Principal’s office.

One wonders why the person who owned the video released it now instead of five years ago.

The Real Loser Of Election 2016 Is Journalism