1. Bob Ross’s show on PBS, ‘The Joy of Painting,’ ran for over a decade, from 1983 to 1994 although, thanks to reruns, people have continued to be exposed to the show. All told there were 403 different episodes of the show during that period.

2. Each show ran only thirty minutes during which Ross would create a fully realized landscape using a ‘wet on wet’ oil painting technique.

3. But Ross didn’t invent this technique contrary to popular understanding and never claimed to. He learned it from a man named Bill Alexander who actually had his own painting show on PBS that ran even longer than Ross’s called ‘The Magic World of Oil Painting.’ It ran from 1974 to 1982 and is somehow less 70s than Ross’s show.

4. Alexander lived through both World War I and II. During the first World War he and his family fled East Prussia to Berlin. As a result, during World War II, Alexander was drafted into the Nazi Wehrmacht (the German military). He was eventually captured by Allied troops and ingratiated himself with American officers by creating portraits of their wives. This allowed him to make his way to the U.S.

5. Ross also had a military background as a Master Sergeant in the U.S. Air Force. He enlisted in 1961 and served for twenty years, until 1981. He was never deployed to Vietnam despite some claims that he was a sniper, etc.

6. The view from Alaska’s Eielson Air Force Base, the surrounding mountains and trees, made a lasting impression on him and became the subject of many of his paintings on ‘The Joy of Painting’.

7. Ross’s program was far more popular than Alexander’s. One reason for this was simple enough. Ross was American and didn’t have a German accent. The other reason was Ross’s persona of a calm, accepting dude that felt painting for his viewers should be a fun thing rather than just a discipline. Of course, there was also that voice.

9. Ross was working part-time as a bartender when he first say Bill Alexander’s show ‘The Magic World of Oil Painting.’

10. Ross had been looking for an art teacher that could teach him how to paint and complained that all the teachers he encountered up until Alexander had been deeply into abstract art which couldn’t teach him how to actually paint things he saw.

11. Ross had pets that anyone would envy including a pet crow and a pet squirrel.

12. Once Ross got his own show his viewing numbers took off but it wasn’t because a lot more people were painting, it was because he was so relaxing and pleasant to watch. Ross and PBS apparently both knew this. People treated his show like a kind of mental break from the world.

13. Ross knew people treated his show like adult nap time and he loved it.

“It’s funny to talk to these people,” said Joan Kowalski, the media director of Bob Ross Inc. and Walt’s daughter. “Because they think they’re the only ones who watch to take a nap. Bob knew about this. People would come up to him and say, `I don’t want to hurt your feelings, but you’ve been putting me to sleep for 10 years.’ He’d love it.”

14. Ross was also so earnest, so open and unabashedly unironic, that he was able to carry off his 70s fro all through the 80s and into the 90s. I don’t know that there’s another human being alive who could have pulled that off. Here’s what he looked like when he was in the military, pre-fro. 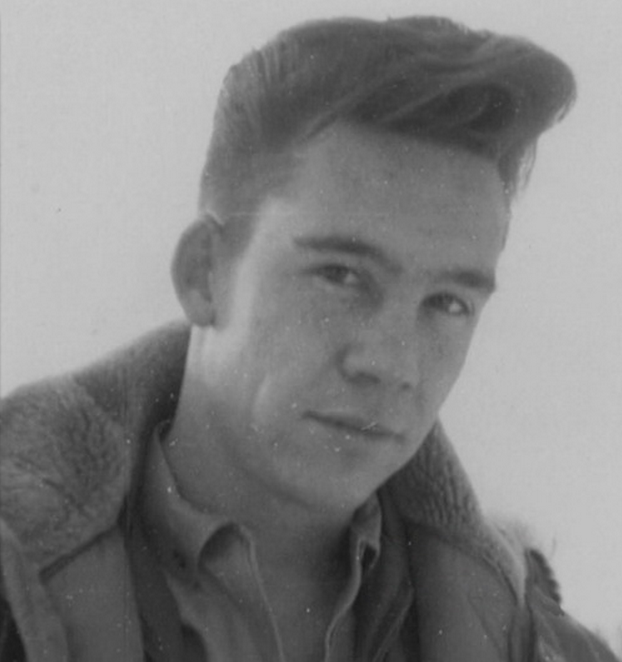 15. Ross believed talent in art was overrated and that practice was key. “I really believe that if you practice enough you could paint the ‘Mona Lisa’ with a two-inch brush.”

16. But his peers didn’t generally agree and many felt his work was terrible. In a 1991 New York Times article, Richard Pousette-Dart, an Abstract Expressionist who was teaching at the Students Art League in New York at the time said:

“It’s terrible — bad, bad, bad. They are just commercial exploiters, non-artists teaching other non-artists. I don’t teach a technique or a method, I nurture students to find their own.”

Perhaps ironically, this was the very attitude that frustrated Ross, the lack of real teaching, of giving students a stylistic base from which they could search for their own style.

17. Regardless, Ross’s style was inviting and was intended to make people believe they too could make art and that it wasn’t some walled garden where only geniuses could create.

18. What’s more, expressionism wasn’t something he liked. “If I paint something, I don’t want to have to explain what it is.”

19. Ross was married twice. His first marriage ended in divorce in 1981, the same year he quit the Air Force to be a painter. His second marriage ended sadly in 1993 when Jane Ross died.

20. Bob Ross died in1995 of lymphoma (cancer of the lymph nodes) only two years after his second wife had passed but reruns of his show continue to play all over the world.