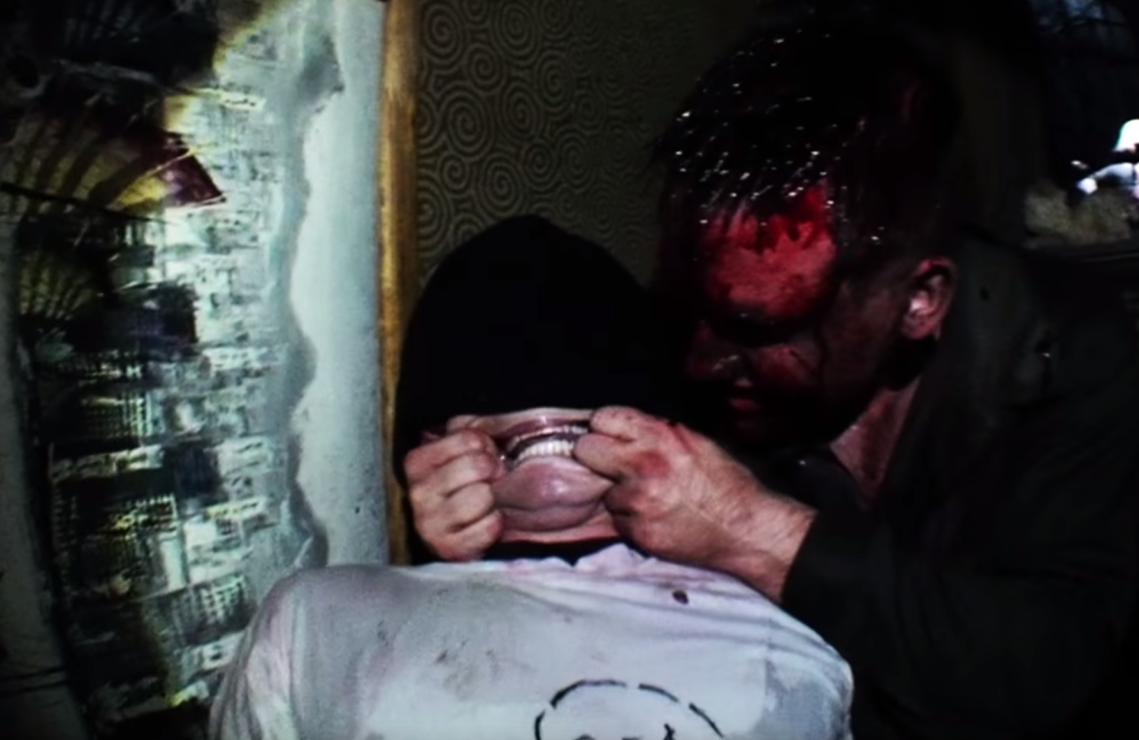 The below are presented in no particular order.

With a warning that you must be in “GREAT HEALTH” to participate, McKamey Manor in San Diego, CA promises a two to seven hour horror movie experience where all your limits will be tested far beyond anything seen in a typical haunted house experience. McKamey prides itself on the cinematic aspect of its drama as well as the feeling of being forced into situations that are uncomfortable and horrifying. It’s so intense that McKamey even conducts post experience interviews with participants, possibly for legal as well as promotional reasons.

Expect to be blindfolded, gagged, stuffed in a tiny freezer, go through mock torture, have stuff shoved in your mouth, get spit on, and hear the screams and cries of the dying and soon to die. This place is no joke.

Offering a bit more traditional Halloween themed haunted schoolhouse theme, Dent Schoolhouse is located in Cincinnati and features all the ghoulish, ghosty, possessed zombie horror you could possibly want (or stand) from an extreme haunted house. Plus masks, there are lots of creepy masked things looking at you and coming at you. This looks like old school creepiness at its finest.

If you’re from a major metropolitan area then you’ve definitely heard of Blackout and may have even tried and failed to get in. Make reservations early this year. Described as a “psychosexual horror-art experience,” Blackout definitely keeps to the horror theme but with a more austere less in your face approach. This year’s appears to be going for a mind f*ck rather than mock torture. Last year, Blackout required you to go it alone but while the title for this year’s theme Inferno has been announced the rules haven’t yet. Keep track of updates from Blackout on their Facebook page.

For those that might want to avoid traumatic mental scarring, Shocktoberfest in Pennsylvania isn’t just one experience of one haunted house or horror theme, it’s an entire amusement park of terror featuring seven different themes this year. Some of theme seem dead scary while others like the Zombie Paintball Hayride seem like just a lot of fun. There’s also the Naked and Scared Challenge for those who want to strip down to their undies and run from monsters. Games are integrated into some of the events as well.

Based in Las Vegas, NV, Freakling Brothers is built around the concept of the traditional carnival, circus, or fair atmosphere but with a far more extreme experience awaiting you inside. It’s also an intensely full contact freakshow so be ready for that. This year’s theme is “Trilogy of Terror” and there’s scant details out on just what to expect. There’s also the “victim experience” which speaks for itself. Check out their website here for more info.

Out of Baton Rouge, Louisiana comes 13th Gate. Featuring Hollywood trained makeup artists, the effects are reportedly remarkably real and by real I just mean horrifying. Featuring cannibalistic butchers and crawl through crematoriums in past years, that should give you a good idea of what to expect as you work your way through the experience. It’s also been voted the best haunted house in the country for multiple years. More details on how to go can be found here.

‘Alone’ describes itself as an existential experience which “explores the complex folds of the human psyche, placing you as the participant within dreams and fantasies and nightmares that you may have had and within those that you definitely have not.” This October’s theme is “Index of Absorption” which promises psychological terror rather than classic horror or monsters. It sounds arty and it also sounds cool which seems to match its location, Los Angeles, pretty well. Follow them on Facebook here.

Have you been to any of these extreme haunted houses? If you have then tell us about your experience in the comments below or on Creepy Catalog’s Facebook page.

Didn’t see a Haunted House in your part of the country? That’s okay, we’ve got you covered with two different Haunted House finders located here and here. Don’t get left out of the fun!

Is The Annabelle Doll Really Haunted?