1. “When I met my wife she was in school for her PhD and seemed kind of egg headed and a little stiff if you know what I mean. Hilariously enough, she’s the most sexual woman I’ve ever met. None of my friends believe me when I tell them especially the ones that know my history. Very much a freak in the sheets.”

2. “This is going to sound crude but when I first met my current girlfriend of two years I thought to myself ‘this girl is DTF.’ Turns out she was. Also turns out that she’s the most kind and giving person I’ve ever had the privilege to know. A win all around. I’ll be holding on to her no matter what.”

3. “When I first met her she seemed cool and smart but had a lot of chips on her shoulders. It ended up being a very, very accurate first impression and her unresolved anger ended up being the reason we broke up.”

4. “My first impression of my current girlfriend was that she was beautiful but very composed which probably meant she was boring. When I got to know her better, I was surprised to find out how much was under the surface of that ‘composed’ nature – I’ve never met anyone as analytical as her in my life and regardless of how reserved she definitely is as a person, I’m never bored around her because she always has an interesting new idea to discuss.”

5. “I thought she was beautiful, and she stayed beautiful. I also thought she was caring, measured, empathetic, and mature. But when I got to know her well enough, she let her guard down and said some of the most psychopathically cruel things I’ve ever heard. She once said something about my little brother that made me wish murder was legal. So the mask stayed pretty; what was underneath it was tragically ugly. It was her soul that I misjudged.”

6. “I go to college in LA, and so my last girlfriend was what I thought of as this quintessential California surfer chick and I thought that was awesome because I’m originally from the East Coast, so I’m just not used to people who are so laid back and relaxed. Anyway, what changed was actually AFTER our thing ended––like MONTHS afterwards––she was very persistent and emotional over me being abroad and would get pissed at me for not responding to her fast enough even though our time difference was like 8/9 hours. It was very odd behavior that stressed me out especially since we had ended months before and hadn’t spoken since. Completely the opposite of the cool California persona. Also completely the opposite of a normal human being.”

7. “My very first impression. Well she was drunk and yelling in a sports bar during the World Cup. And I groaned and thought she was such a doofy party chick. I know, I’m at a sports bar – I should expect the yelling and stuff. Anyway, the second time which was pretty close to the first time, we actually got introduced because we ended up knowing mutual people. Sure enough, she was drunk again (same sports bar, World Cup still going on). Usually, when people get introduced they have some kind of polite conversation for a minute or two, right? Well, she basically didn’t say anything other than her name, turned around, and just gave social cues she wanted to get the fuck away from me. I was like great, she’s snooty and unfriendly. Third time – a few months later (same sports bar but the World Cup was over now), she was super nice and friendly. I told him her she was such a snob the first two times we met. She apologized and said it was the World Cup! We stayed out late and hung out all night and I just thought she was interesting and funny and cool – a good girl and a sweet girl.

My thoughts now? I think she’s funny and interesting and cool but also kind of heartbroken from a previous relationship which she hid pretty well from me for quite a while. Wish I didn’t have to find that out the hard way. So I guess in my mind she’s a nice person but not an honest one. Honest people don’t string you along while they try to mend their brokenness. Still wish her all the best though.”

8. “The second I saw my girlfriend walk into the restaurant where we met, I knew I wanted to sleep with her. She was just so confident and graceful and effortlessly sexy. What I now know is that her outward persona is a bit of an act. I don’t mean that she’s fake, but that she actually does have to try pretty damn hard to come off as so naturally self-assured. And that’s okay. I love that she’s broken underneath it all—just like the rest of us.”

9. “In 2012, I met a girl who was like the most desirable lady among my circle of friends but she always seemed to have a boyfriend. A couple of years later she became single, I asked her out and we ended up dating steady. At the time I was completely infatuated with her. She was gorgeous and just had something about her that made you want to be around her. After about six months though I realized that a lot of that was simply an act. She made jokes a lot because she was actually sad most of the time and pretty beat up emotionally from previous relationships. On paper she was great but I didn’t have an accurate idea of what she was like from any of my first impressions of her. I’d also built her up in my mind as this figure that was really out of reach. I tried to correct myself and engage with the real her but as it turned out the real her and the real me weren’t compatible at all.”

11. “Ha, oh boy, my first impression was that she was a complete narcissist. I sort of ignored it because I thought maybe I just didn’t know her well enough and I was strangely attracted to her. The more I got to know her the closer to the truth it became. She was completely obsessed with himself and she ended up dumping me basically out of nowhere saying that I’d eventually thank her for ending it sooner rather than later. Again, all about her, I should’ve been thankful to her for breaking up with me.”

12. “When I first met my girlfriend, I thought she was a party girl, but hse could get away with it because she was so funny and weird and endearing—I was def spot-on. My first memory of her is of her trying to dance with me and my friends while shitfaced (and attached to his boyfriend of 1.5yrs), and I was not into it. From that point, I pegged her as a flirt which, to a certain extent, is still kind of true. She wouldn’t dare dance with other guys now though. I’ve deeeeeeefinitely cut any of that kind of shit out. She’s sweet (when she wants to be) and funny as hell though, and I always thought she would be.”

13. “This might sound a little cliche but I got fooled by a girl I thought was a ‘nice girl’ who turned out to be a psychopath. Literally introduced to her by my parents over the holidays one year. She was a friend of the family and for once was not a total dog who I had nothing in common with. We started talking on Skype a bit and then hung out some. She was super churchy but somehow didn’t come off as preachy or hyper-religious. Anyway, we started dating and we only lived about an hour apart and saw each other every weekend. We had literally just started talking about moving in together somewhere between our respective towns when I found out she had cheated on me with not one, not two, but three different dudes, two of which she went to church with. So, yeah, my first impression of her as this sweet person with little dating experience was completely wrong. She’s actually a total player.”

14. “My wife is the most up front person I’ve ever met. What you see with her is exactly what you get. When I first met her I was actually really amazed at this since I’d never met anyone like her. I almost believed it couldn’t be real. Well, as it turns out it was real and we’ve been married for five years. It’s the most stress free relationship I’ve ever had.”

15. “My first impression of my current girlfriend was that she was completely out of my league and probably wouldn’t even speak to me. She’d be the first to admit that she can suffer from a pretty severe case of resting bitch face and the first time we met, at a mutual friend’s party, I didn’t even try to talk to her. The next time I met her was at this same mutual friend’s wedding and I guess I drank enough not to care if she was chill or not. Well, it turns out she was completely chill with an awesome dry sense of humor. She said later that guys hardly ever just come up to her and try to start a conversation and she’d begun to think she only attracted douchey guys with terrible lines. Just goes to show that first impressions can be wrong and there’s sometimes more to people than what you first see.”

16. “When I first met my ex, my impression of her was she was kind of a funny shock jock, like she would say things to try and get a rise out of people. We ended up dating for a couple of months anyway because we had things in common and had a good time together and I realized that she was actually pretty deep. Turns out that even second impressions were wrong when it came to her. By the time our six month anniversary rolled around I realized she was actually a deeply depressed person who’d attempted suicide twice while in high school and refused to get therapy. Completely unfair to me. I felt that I’d been duped into a relationship with her. Ladies don’t sell yourself as something you aren’t or trick guys into taking on your problems.”

17. “I’m going to sound like an idiot for saying this now but my current girlfriend is super athletic and when we first met I thought she was going to have a “manish” attitude because she didn’t really talk a ton except about rock climbing and stuff. God, I was incredibly wrong. She’s literally the most tender soul I’ve ever known and I’d never tell her about my idiot first impression of her.”

Read this: 27 Small Acts Of Kindness That Will Help You Lead A More Fulfilling Life 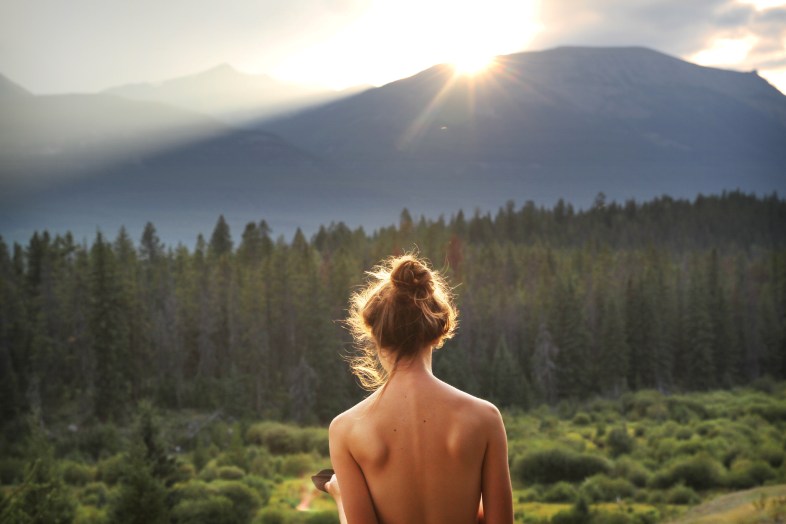