Why: An opponent of multiculturalism, “cultural marxism,” and a proponent of national socialism (but not a Nazi), Breivik hated many aspects of modern Europe. He was however pro-homosexual rights and pro-Israel. The below section from his manifesto (which is over 1,000 pages long) is a prime example of his feelings on what he perceived as a kind of self genocide in Europe.

Tellingly, when black gang members stab each other or gang rape a white teenage girl or when Muslim jihadists blow up buses and trains filled with innocent people the first concern of the guardians of multiculturalism will be to minimise the racial aspect of these events – i.e. deny the reality – and lame excuses such as “it’s because of poverty” or the Marxist classic “it’s because they are oppressed by an institutionally racist society” will be spewed out by these simpering Liberal apologists.

Yet conversely, if a group of white men were to gang rape a black teenage girl – well, you know exactly how this would be depicted as well as I do.

You tell me – how can equality exist in Liberal-Multicultural la-la land if the standards promoted by Liberals are only ever applied towards whites?

Crime: More commonly known as “The Unabomber,” Kaczynski was a mathematician and professor responsible for sixteen bombings over seventeen years starting in 1978 and ending in 1995. Three of these bombings killed their targets.

Weapon: Pipe bombs, many sent through the mail.

Why: Described as a “neo-Luddite” by the FBI, Kaczynski believed that technology was destroying personal freedom and put down his thoughts in a document called “Industrial Society and It’s Future.”

For primitive societies the natural world (which usually changes only slowly) provided a stable framework and therefore a sense of security. In the modern world it is human society that dominates nature rather than the other way around, and modern society changes very rapidly owing to technological change. Thus there is no stable framework.

The conservatives are fools: They whine about the decay of traditional values, yet they enthusiastically support technological progress and economic growth. Apparently it never occurs to them that you can’t make rapid, drastic changes in the technology and the economy of a society with out causing rapid changes in all other aspects of the society as well, and that such rapid changes inevitably break down traditional values.

Crime: In 1994, Jewish Israeli Baruch Goldstein murdered 29 Muslims in the city of Hebron in the West Bank as they worshipped and wounded another 125 all while wearing an Israeli Defense Forces uniform.

Why: Born and raised in the U.S., Goldstein was adamantly opposed to Palestinians living in Israel and believed that Jews were essentially being outbred and that a Palestinian majority would appear within 70 years. In 1981 a letter to the editor of his appeared in the New York Times.

…even within the pre-1967 borders of Israel this same disparity of birth rates, associated with a declining Aliyah, assures Israel of an Arab majority in Israel (70 years?) unless steps are taken to prevent this from occurring. Ceding the “West Bank” to the “Palestinians” would, therefore, not solve the problem which Rabbi Hertzberg raises; it would serve only to further jeopardize Israel’s security and betray a Biblical trust.

The harsh reality is: if Israel is to avert facing the kinds of problems found in Northern Ireland today, it must act decisively to remove the Arab minority from within its borders. This could be accomplished by initially offering encouragement and incentives to Arabs to leave of their own accord, just as the Jewish population of many Arab countries has been persuaded to leave, one way or another. Before instinctively defending democracy as inviolate, Israelis should consider whether the prospect of an Arab majority electing 61 Arab Knesset members is acceptable to them.

Israelis will soon have to choose between a Jewish state and a democratic one. Baruch Goldsein Brooklyn, June 30, 1981 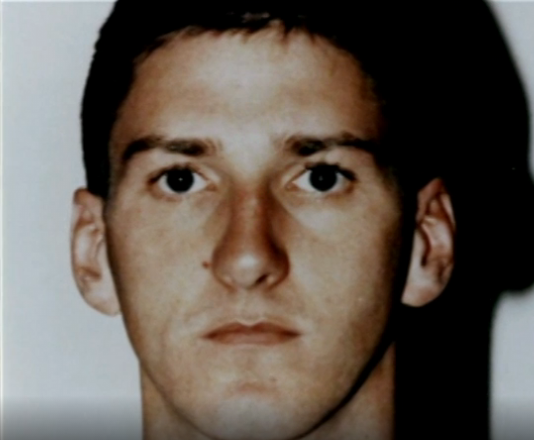 Crime: In 1995, McVeigh committed the deadliest act of domestic terrorism in U.S. history by bombing the Alfred P. Murrah Federal Building in Oklahoma City. The attack killed 168 people and injured 684. There was also a day care inside the building and nineteen children were killed.

Weapon: A homemade 5,000 pounds bomb made with ammonium nitrate and nitromethane loaded into a Ryder rental truck.

Why: McVeigh bombed the federal building in Oklahoma City as revenge for the Bureau of Alcohol, Tobbaco, and Firearms’ raids on Ruby Ridge and the Branch Davidian compound in Waco, Texas. The Ruby Ridge seige resulted in federal officers killing two children and the Branch Davidian Massacre resulted from federal officers attempting to smoke out the cult’s members and accidentally burning 76 of them to death. Only nine Davidians survived the raid which was intended to save the women and children from exploitation and alleged rape. McVeigh directly cited these incidents as cause to take up arms against the government.

He later provided his justification for the 1995 bombing, citing what he perceived as government hypocrisy. He was executed in June of 2001.

I chose to bomb a federal building because such an action served more purposes than other options. Foremost, the bombing was a retaliatory strike; a counter attack, for the cumulative raids (and subsequent violence and damage) that federal agents had participated in over the preceding years (including, but not limited to, Waco.) From the formation of such units as the FBI”s “Hostage Rescue” and other assault teams amongst federal agencies during the “80”s; culminating in the Waco incident, federal actions grew increasingly militaristic and violent, to the point where at Waco, our government – like the Chinese – was deploying tanks against its own citizens.

Knowledge of these multiple and ever-more aggressive raids across the country constituted an identifiable pattern of conduct within and by the federal government and amongst its various agencies. (see enclosed) For all intents and purposes, federal agents had become “soldiers” (using military training, tactics, techniques, equipment, language, dress, organization, and mindset) and they were escalating their behavior. Therefore, this bombing was also meant as a pre-emptive (or pro-active) strike against these forces and their command and control centers within the federal building. When an aggressor force continually launches attacks from a particular base of operation, it is sound military strategy to take the fight to the enemy.

Crime: During the Spring of 1919, followers of Italian anarchist leader Luigi Galleani mailed 36 dynamite bombs to U.S. government officials across the country and detonated eight others in American cities. Only one person was killed in any of these attacks. Many more were killed a year later when they bombed Wall Street.

Why: Luigi Galleani believed in overthrowing governments by force in the name of class warfare (literal class warfare). Violence was a perfectly acceptable tactic to both him and his followers in America and Europe. Galleani’s intellectual and moral framework for using violence as a tactic of revolution has become a mainstay of Far Left terrorism.

The State sees only a criminal in anyone who breaks a law and, by delivering him to a dozen bigots or butchers, is certain to have him committed to the executioner, to the penitentiary, to hell in any case.

The conventionally-minded cry out contradictorily that “Human life is sacred and inviolable, and whoever attacks it offends both divine and human laws”; while they are fattening their wallets and their bellies without the least scruple; condemning the helots toiling in the fields, the factories and the mines to starvation, despair and early death, their women to prostitution and their children to the gutter. Or else, they push them over frontiers into monstrous slaughter tor the sake of a killing in the stock market.

Even in our own ranks there are short-sighted persons who, looking at the immediate consequences of shock and reactionary fury caused by violence, hesitate and wonder whether the rebellious act, by provoking wild, unexpected repressions and by corroding our already scanty liberties, may not have compromised our slow, but persistent and certainly beneficial, work of propaganda, organization and preparation.

Crime: Dedicated to protecting Jews from anti-semitism, the JDL killed seven people and injured 22 more from 1968 to 1986. Most targets were Arabs and Soviet persons or interests. The group has also been involved in kidnapping conspiracies and extortion. They also may have killed Tupac Shakur. They’re considered a terrorist organization in the U.S. and a hate group by the Southern Poverty Law Center.

Why: The below bullets are the entirety of the group’s manifesto.

In 1990, the founder of the JDL, Meir Kahane, was assassinated by El Sayyid Nosair, an affiliate of Osama bin Laden’s, at the time, young group known as al-Qa’ida.

Crime: In 2013, Dorner killed three people, one civilian man and woman and one male police officer while injuring several others during a nine day manhunt. A kill list he publicized had a list of 40 names on it.

Why: Dorner believed he was the victim of institutional racism and that his reputation had been ruined by racists within the LAPD because Dorner had reported excessive force violations on the part of White officers. The rampage was an attempt to “reclaim his name” and exact justice against the LAPD. Dorner posted a “manifesto” to Facebook a day after killing his first two victims.

I’m not an aspiring rapper, I’m not a gang member, I’m not a dope dealer, I don’t have multiple babies momma’s. I am an American by choice, I am a son, I am a brother, I am a military service member, I am a man who has lost complete faith in the system, when the system betrayed, slandered, and libeled me. I lived a good life and though not a religious man I always stuck to my own personal code of ethics, ethos and always stuck to my shoreline and true North. I didn’t need the US Navy to instill Honor, Courage, and Commitment in me but I thank them for re-enforcing it. It’s in my DNA.

Luckily I don’t have to live everyday like most of you. Concerned if the misconduct you were apart of is going to be discovered. Looking over your shoulder, scurrying at every phone call from internal affairs or from the Captains office wondering if that is the day PSB comes after you for the suspects you struck when they were cuffed months/years ago or that $500 you pocketed from the narcotics dealer, or when the other guys on your watch beat a transient nearly to death and you never reported the UOF to the supervisor. No, I don’t have that concern, I stood up for what was right but unfortunately have dealt with the reprocussions of doing the right thing and now losing my name and everything I ever stood for. You fuckers knew —– was guilty of kicking (excessive force) —– and you did nothing but get rid of what you saw as the problem, the whistleblower. —– himself stated on video tape ( provided for the BOR and in transcripts) he was kicked and even his father stated that his son said he was kicked by —– when he was released from custody. The video was played for the entire BOR to hear. You’re going to see what a whistleblower can do when you take everything from him especially his NAME!!!