Who says there’s no adventure left in the world?

Kusangi literally means “grass cutting sword” and was but one of three symbols of Japanese imperial authority lost that legends say was lost in the year 1185. Said to have the power to control the wind, the man who first wielded the sword fell in battle after neglecting to take the sword with him into battle.

As for how it was lost, as the story goes, Emperor Antoku, a boy of eight years and Japan’s 81st emperor, was engaged in a naval battle against the Minamoto clan during the Genpai War. Upon seeing the imperial forces were defeated, Antoku’s grandmother grabbed him and lept into the ocean, drowning them both. Kusangi went with him.

Shinto priests claim to have recovered the sword and stored it at the Atsuta Shrine but no one outside the priesthood has ever been allowed to see it which has led nearly everyone to believe they don’t actually have it at all.

Consisting of a star and a badge and first created in 1831, the Irish Crown Jewels integrated 394 precious stones from the English Crown Jewels and was meant to be worn by the head of the Order of St. Patrick and Lord Lieutenant of Ireland.

Prior to the theft, the Ulster King of Arms, Arthur Vicars, kept the jewels in his office under lock and key at Dublin Castle. However, allegedly a notorious drunk, rumor has it that Vicars often woke up from benders to find himself wearing the jewels himself. In 1907, just prior to a royal visit, the jewels were found missing. After denying involvement himself, Vicars blamed his second-in-command. No one believed him and he and his entire staff were subsequently “forced to retire” aka fired and fired hard.

Even more bizarre, during the course of the investigation into the theft, Frank Shackleton came under suspicion. Rumors swirled that the investigation was subsequently scuttled because Shackleton was having a homosexual affair with the King’s brother-in-law. Another rumor says that jewels were smuggled to the U.S. Whether any of the rumors were true or not, the jewels have never been recovered.

Today, the jewels would be worth about 3.25 million British pounds (though likely considered priceless).

Benito “Bloody Sword” Bonito (Benito the beautiful) was a pirate operating in the early 1800s Pacific Ocean and is believed to have been a fake name used by former British Naval Officer Captain Bennett Grahame. Fake or not, Grahame supposedly got bored of his job surveying the South and Central American coasts for the navy and turned to piracy instead. Over time, he amassed a treasure trove worth circa $300 million in today’s money, mostly by boarding Spanish ships and taking their gold and raiding settlements up and down the coast. He then that gold. It’s presumably located on Cocos Island, here:

Alternatively, the treasure is somewhere in Queenscliff, Victoria in Australia and was buried in a cave which was imploded with dynamite. Agreed, that seems a poor way to keep access to your treasure. Or, it may be in Melbourne. If you find it, rest easy that Bonito has no use for it. According to one legend, he was finally captured by the British Navy and hanged after hiding his treasure. Another legend says that he shot himself in the head rather than be captured by British pirate hunters.

4. The Just Judges (An epic trolling)

This priceless painting from around 1430 was stolen from the Saint Bravo Cathedral in Belgium in 1934. It had been removed from its frame and a note was left that said “taken from Germany by the Treaty of Versailles.” But not only did the thief steal the painting, he spent the next six months trolling the Cathedral’s Bishop, demanding a million francs for its return over the course of eleven different letters. Actually, he trolled them until he died. 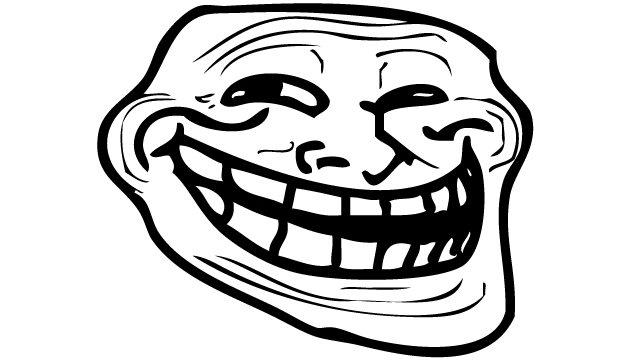 In November 1934, Arsène Goedertier confessed on his death bed that he had stolen the painting and said that he would take its location with him to the grave. However, he did save one last troll for the end. Telling his attorney that he’d written down the location on a note and placed it in his desk drawer, the note actually read “it rests in a place where neither I, nor anybody else, can take it away without arousing the attention of the public.” In other words, you’ll never find it.

The painting has never been located.

5. The Treasure of the Copper Scroll

One of the Dead Sea Scrolls found in a cave in Israel’s West Bank in the mid 1900s. The Copper Scroll was the only one made of metal (the rest are papyrus) indicating that it was deemed more valuable than the rest and meant to last. It was also the only one to depict a list of treasure locations written in a way that would have required the reader to be familiar with the area in circa 100AD.

Specifically, it lists 63 locations which supposedly contain gold and silver in quantities of tons, not pounds, tons worth circa one million dollars. Several attempts have been made to follow the instructions on the scroll and recover the treasure but none have been successful thus far. Some say that the Romans took it all but there is no evidence of this outside their active policy on recovering treasures and their willingness to torture and kill anyone with information on its location.

High in the Austrian Alps lies Lake Toplitz, a briny body of water that contains no oxygen below a depth of around 60 feet. It’s also the legendary location of Nazi gold hidden in the lake as the Third Reich neared collapse at the end of World War II. While previous expeditions to try and recover what treasure might be there have resulted in nil, a U.S. expedition in 1947 did result in the death of an American diver who became trapped under a large area of the lake’s bottom covered by logs. An American diver also reported that he saw a submerged airplane under the logs during a dive in 1959 although he was unable to get to it due to these same logs.

Why should anyone believe there’s Nazi gold deep in the lake’s murky depths? Well, consider that nearly a billion pounds in fake British currency hidden in munitions boxes is already believed to be hidden in the lake which according to experts proves that Nazi’s did indeed use the lake to hide valuables they intended to later recover. Some of these munitions boxes have already been found containing the counterfeit currency.

Are You A Christian? Jonah’s Tomb, As In Jonah And The Whale, Has Been Destroyed

The 9 Best Places To Drink, Ranked