Flickr, the highly used and well known photo site was highlighted across the interwebs today for instituting an algorithm that incorrectly identified a Black man and auto-tagged him as an ‘ape’. 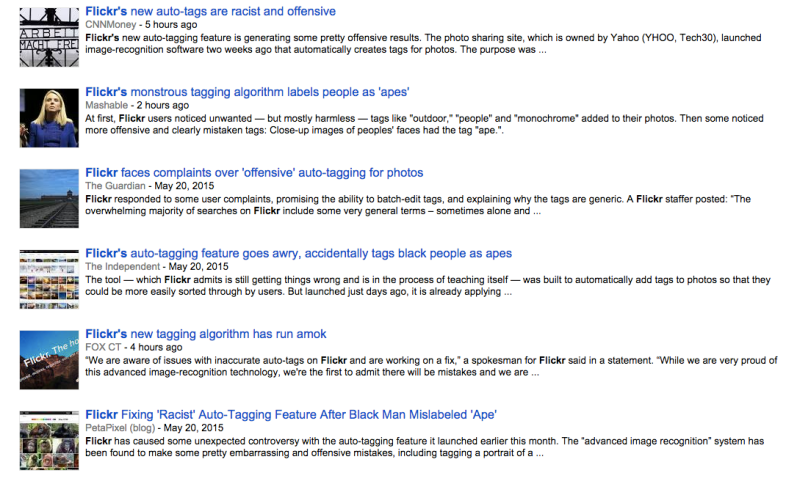 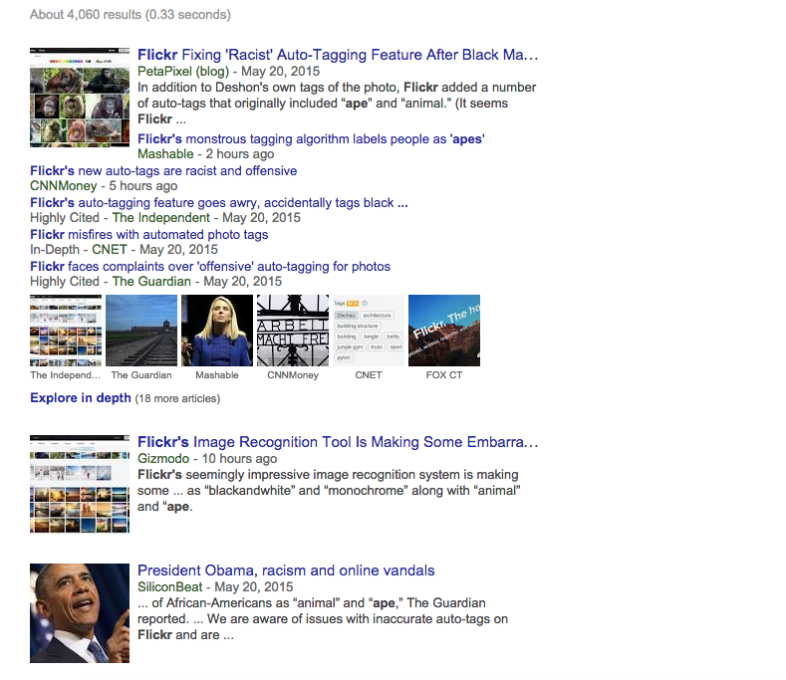 There’s just one big problem with this. The algorithm is not racist, it’s just an algorithm that can’t tell a broad human nose in a photo from a broad ape’s nose in a photo. Proof? Here’s the proof. This woman’s photo was also tagged as ‘ape’.

Interesting, it appears that race is explicitly being used as a way to clickbait now. How….enlightened of all these major media companies which include CNN and Gawker among others. Only Gizmodo seems to have gotten it right and without the racebaiting headline.

I’ve said it before but I’ll say it again. Big media hates you. They just want your money. When you see stories about this in your news feed just let it pass, don’t share.